Strides made in community efforts to re-envision Denver's Historic Chinatown

Colorado Asian Pacific United (CAPU) revealed mock up historical markers they hope will one day be part of downtown Denver. 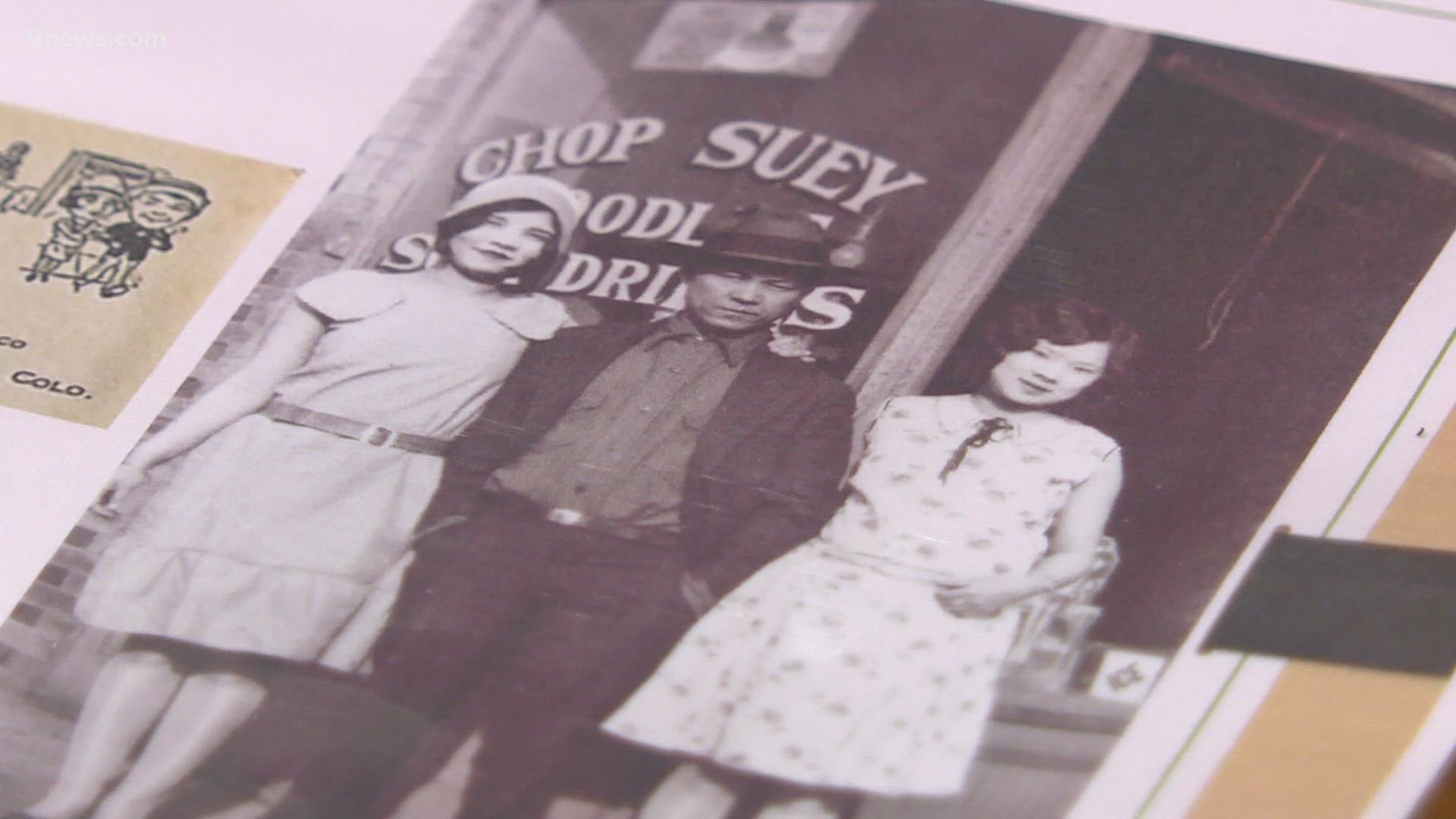 DENVER — A Denver based community group has been working all year long to make re-envision Denver's Historic Chinatown. All that's left of a Denver's Chinatown in LoDo is a plaque that community members believe does not tell the full story of a once thriving Chinese community on Wazee Street.

"Unfortunately because of the anti-Chinese race riot of 1880, it no longer exists," said Joie Ha, a member of Colorado Asian Pacific United (CAPU).

Thursday evening, CAPU held an event along with the Downtown Denver Leadership Program to showcase past and present rich cultures and stories of the Chinese immigrant community in Denver.

The event showcased artifacts from families who at one point owned businesses in Chinatown. It included the abacus, a mathematical tool that the Lung family used to manage their bookkeeping at various restaurants. One of them was Shanghai Restaurant at 2130 Arapahoe St.

CAPU also unveiled a mock up of an historical marker with an inscription written by Dr. William Wei. Dr. Wei is a CAPU member, University of Colorado Boulder history professor, and former state historian.

It reads, in part, "It was a flourishing frontier community that provided a wide range of ethnic goods and services in a welcoming environment to Chinese immigrants working in Colorado and the Intermountain West."

The plaque also notes the name of a laundryman named Look Young, who was lynched and beaten to death during the anti-Chinese riot. The current plaque only names the white residents who "showed remarkable courage in protecting the Chinese."

The current plaque mostly focuses on the riot itself, and not on the once thriving community.

"The wording on the existing plaque right now refers to the Chinatown as 'Hop Alley' which is a derogatory term for the area because [it] alludes to the opium dens that were existent there," said Ha. "It really gives off the image that the Chinatown was full of vice, folks that were barbarous and savages."

CAPU members are now focused on continuing to raise funds for creating historical markers and murals. They continue to work with the city to decide on when and where to place the informational markers.

Of the over 200 Chinese communities that once existed in the American West, Denver’s Chinatown was one of the largest and most prosperous. Chinatown’s origins can be traced to an anonymous Chinese immigrant who arrived in Denver in June 1869. He was probably one of the Chinese railroad workers who were mostly responsible for building the western half of the famous Transcontinental Railroad that unified the country economically and culturally.

Chinatown was located on Wazee Street between 15th and 17th Streets, extending up to 22nd Street. It was a flourishing frontier community that provided a wide range of ethnic goods and services in a welcoming environment to Chinese immigrants working in Colorado and the Intermountain West. The Chinese immigrants performed mainly physical labor such as working in mines and building infrastructure. Eventually, they were relegated to marginal livelihoods such as laundrymen and cooks.

Even though there were comparatively few Chinese residents, the local white population perceived them as an economic and cultural threat. Chinese encountered racial hostility and were denied civil rights, economic opportunity, and social equality. This hostility gave rise to “The Chinese Question,” a national controversy over whether Chinese laborers should be allowed to immigrate to the United States.

Local antagonism led to Denver’s anti-Chinese race riot. On October 31, 1880, an estimated 3,000 to 5,000 Denverite's descended upon Chinatown to destroy it and drive out the Chinese. During the mob’s rampage, they lynched and beat to death a laundryman named Look Young. Though the murderers were brought to trial, they were acquitted of the crime.  Despite continued tensions, most of the Chinese community remained to rebuild Chinatown.

What sounded the death knell of Denver’s Chinatown were national laws preventing Chinese immigrants from establishing families in America and even from entering the country.  Ironically, Denver’s anti-Chinese riot was cited as one of the reasons why the US Congress enacted the disreputable Chinese Exclusion Act (1882) to ensure social stability.

Since the end of World War II, Chinese and other Asian Pacific Americans have returned to Denver’s lower downtown area to live and work. No longer confined to an ethnic enclave, they can now be found throughout the Greater Denver Metropolitan area and Colorado.