Unsupported claim made about DIA employees' revolt against vaccine mandate

An unsupported claim went viral about DIA and vaccine mandate earlier this week, spread by a writer for The Defender, a publication of the anti-vaccine organization. 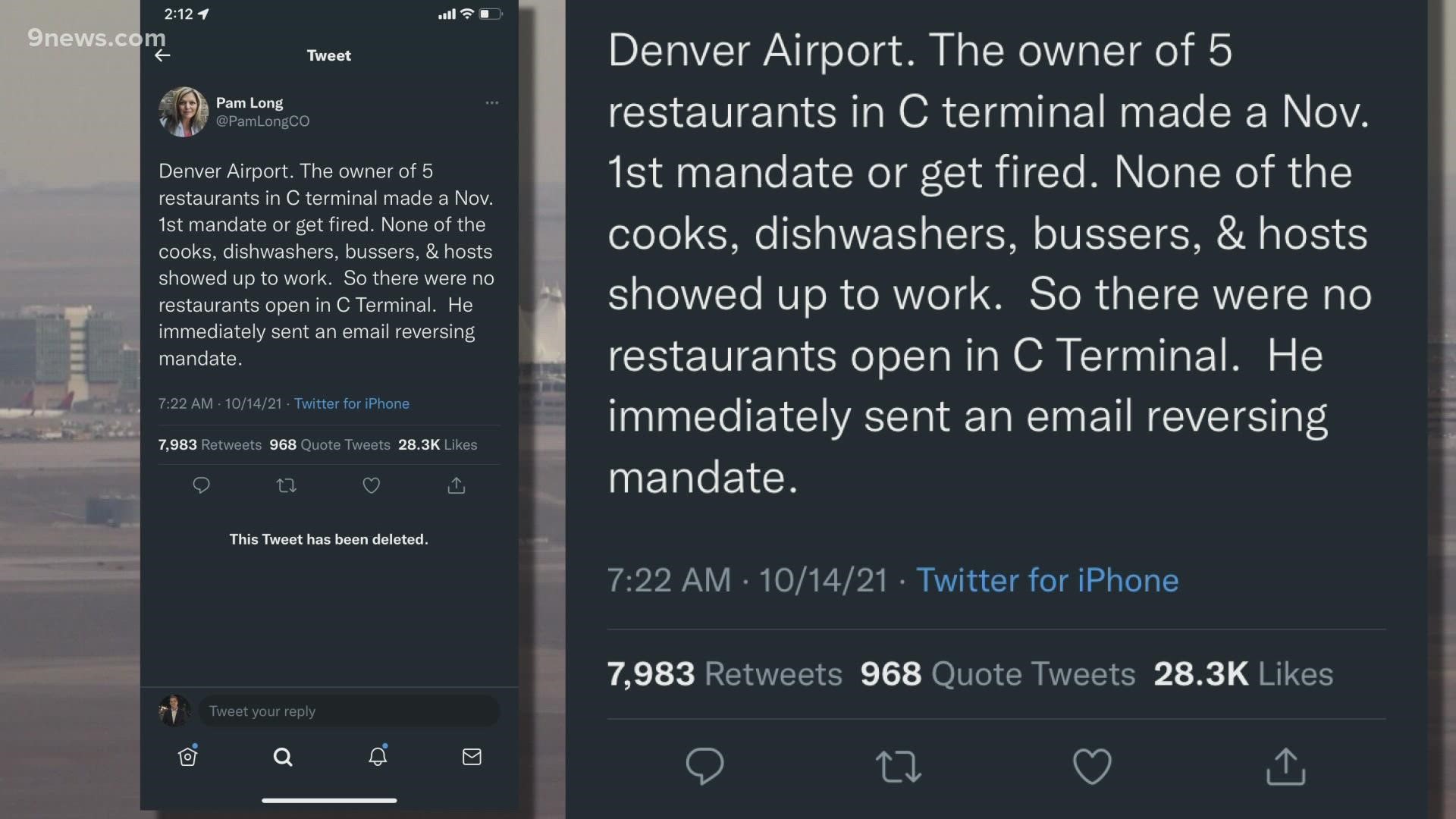 DENVER — A vaccine critic and writer deleted a widely-shared social media post after being asked for evidence that an employee strike reversed a vaccine mandate at Denver International Airport.

The claim originated with a social media post on Thursday by Pam Long, a vaccine critic and writer for The Defender, a publication of the anti-vaccine organization Children's Health Defense.

“Denver Airport. The owner of 5 restaurants in C terminal made a Nov. 1st mandate or get fired,” Long posted on Twitter. “None of the cooks, dishwashers, bussers and hosts showed up to work. So there were no restaurants open in C Terminal. He immediately sent an email reversing mandate.”

“It’s a false claim,” said DIA’s Rentaria. “There isn’t a concession owner who issued this. We have no idea where this person got this information.”

The employees of DIA contractors are not covered by the City and County of Denver’s vaccine mandate for city employees. Still, individual employers at DIA are allowed to implement their own rules.

Rentaria said there was no unexpected closure of restaurants outside regular hours, let alone a mass closure of every restaurant in Concourse C due to an employee strike over a vaccine mandate.

Reached by phone, Long said she had heard about an employee revolt against a vaccine mandate at DIA and did not attempt to determine if it was true before sharing it on social media.

Long warned 9NEWS against airing a fact-check of her claim.

“I would not run this story if you consider libel a threat,” Long said.

RELATED: 'We have a crisis, a crisis of the unvaccinated': Polis pleads for more Coloradans to get vaccinated