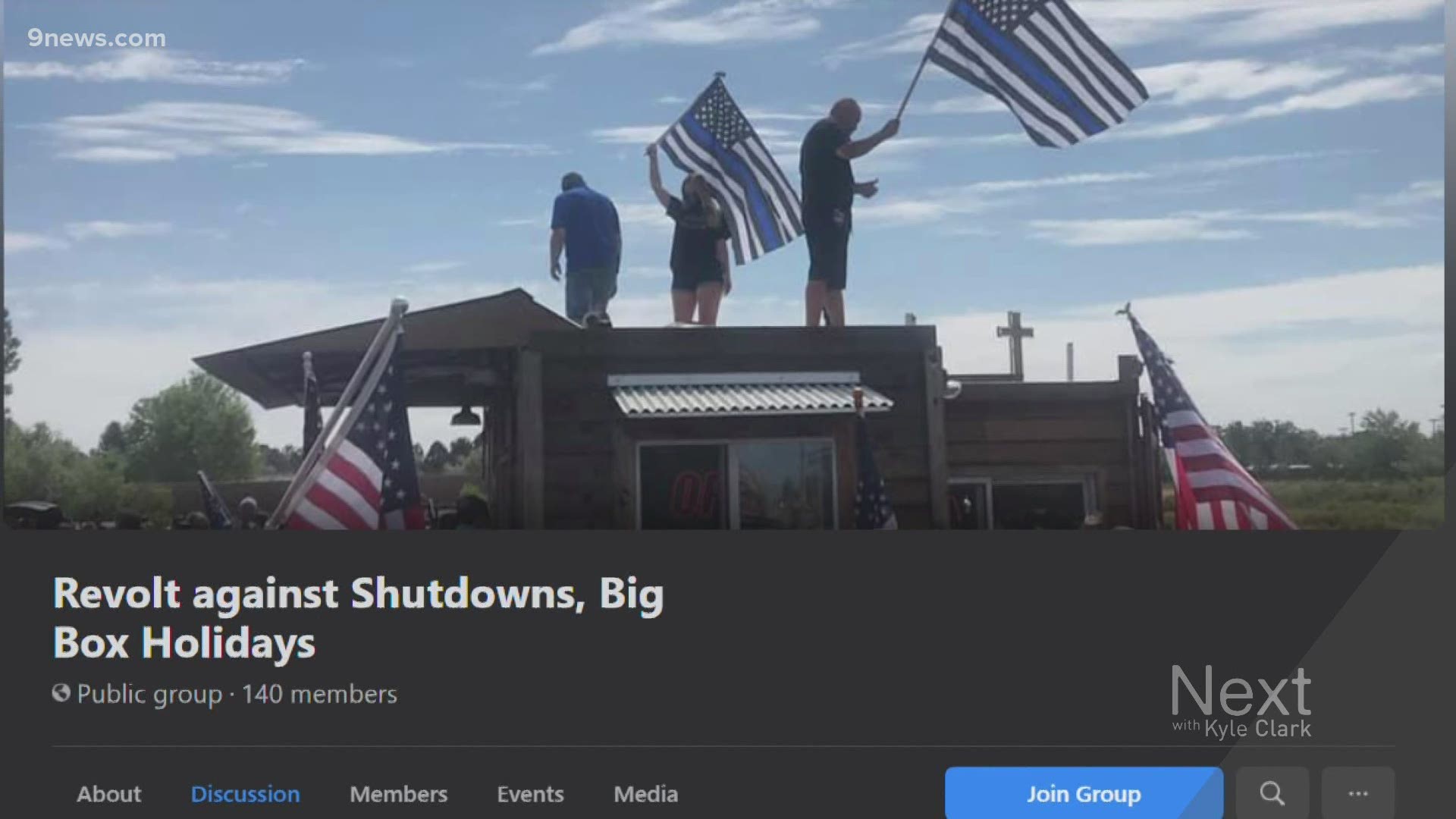 DOUGLAS COUNTY, Colo. — The leader of the Parker Republicans was posting the names and home addresses of public health employees online with veiled threats of retribution for COVID-19 restrictions.

Mark Hall, lead co-chair of the Parker Republicans, began publishing the names and home addresses of public health workers Monday, adding, “Take this information and make your own decisions.”

“We will publish the names/addresses of these people with no law enforcement abilities,” Hall posted to the Facebook group. “If they want a war, we can give them that but it is time for a revolution.”

Hall outlined his intended targets while announcing the new effort on his own Facebook page.

“If you work for the state, CDPHE, Tri-County or other agencies, you are on the radar, at your homes and elsewhere," Hall wrote. "You want to be Anti-Americans, Patriots are going to show you the errors of your ways. We didn’t ask for this but you brought it on."

The group dedicated to doxing public health workers does not appear to violate any laws, according to Douglas County Sheriff’s Office spokeswoman Deputy Cocha Heyden.

Heyden said Sheriff Tony Spurlock, seen posing with Hall in photos online, was aware of the page. Heyden said the sheriff’s office would monitor the page and respond if anyone called to report a crime.

A spokeswoman for Thomas said she joined the group to monitor its activities. Toborg said he accepted an invitation to join the group without looking at its purpose or content.

Hall wrote on Facebook that his goal was to exert pressure on Democratic Gov. Jared Polis by targeting public health employees “who think they can flex muscles in businesses.”

“We’ll see how strong they are at their homes,” Hall said.

9NEWS has reached out to Polis’ office, Tri-County Health Department and the Colorado Department of Public Health and Environment (CDPHE) regarding the threats.

"We are notifying the proper authorities and taking the actions necessary to protect our staff, who are working tirelessly to respond to this pandemic. We are disappointed and disheartened by the doxing, but are confident that most Coloradans are behind us and understand that our public health protocols are necessary to protect everyone’s safety and wellbeing."

Within hours of posting names and home addresses of public health employees, the page had a new submission of health inspectors' business cards.

Several attempts to reach Hall on Tuesday were unsuccessful.

9NEWS' partners at Colorado Politics reported that Hall was behind a perceived threat in July when a grocery store employee was doxed for her political views.

“Have your exact location thanks to your information,” Hall messaged, according to Colorado Politics. “Patriots are on the way.”

State Representative Patrick Neville of Castle Rock, who was recently unseated as House Minority Leader, defended his decision to dox a journalist in retaliation for an unflattering article.

Neville posted a Denver Post reporter’s home address on social media in revenge for an article outlining how Neville steered campaign funds to a family business.

"The release of a journalist's private information in retaliation for an unflattering story is wrong...," McKean told 9NEWS. "This type of reprisal is not acceptable and does not represent the values we, as Republicans, hold."

He also removed calls to dox public health employees from his Facebook page.

He briefly posted then deleted the apology below:

> Editor's note: The photo of Coffee Cabin, the business depicted in the Facebook group as shown in the video above, was taken July 24 during a rally meant to support law enforcement. Mark Hall has since said on social media that Coffee Cabin has "no affiliation" with his groups. The business owner, Wesley Cresbi, said they fully support the health department & the work they're doing. 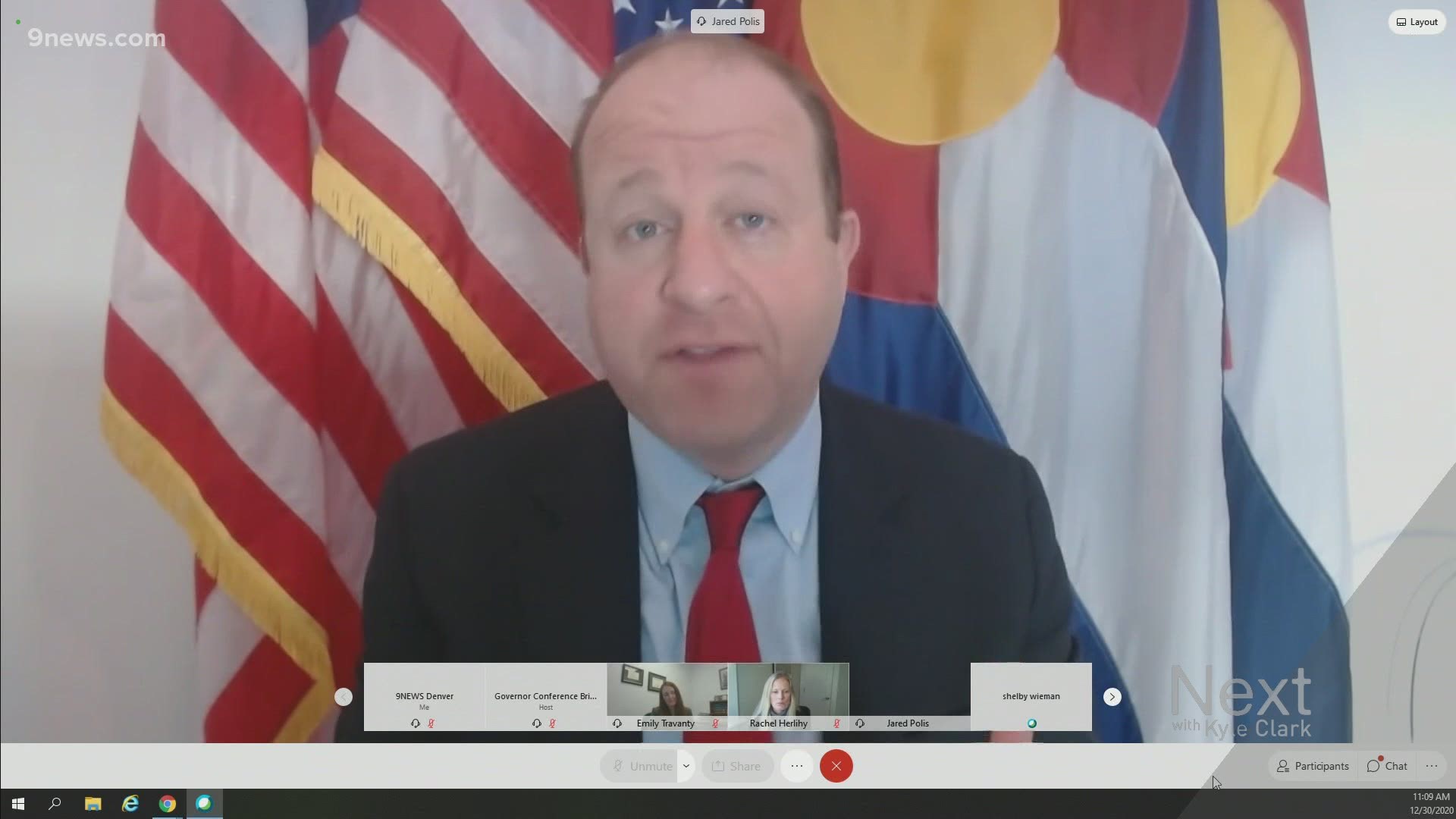