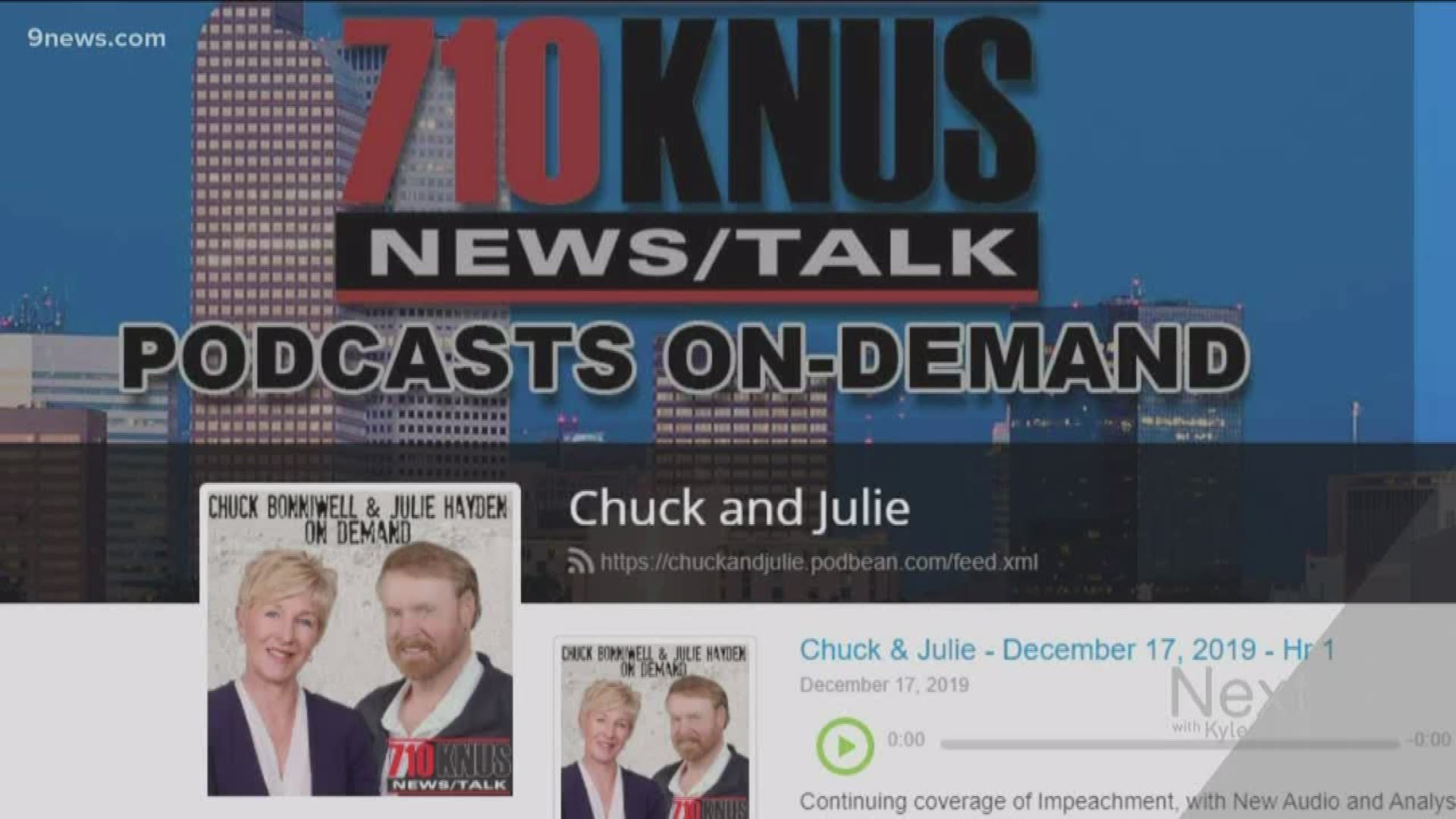 DENVER — A Colorado radio host said this week that a “nice school shooting” might break up the coverage of Pres. Donald Trump’s impeachment hearing. One day later, KNUS 710-AM has canceled "Chuck and Julie."

“You know, you wish for a nice school shooting to interrupt [it],” Chuck Bonniwell said in a conversation with his co-host Julie Hayden, after describing the impeachment process as “never-ending.”

Bonniwell added that he wouldn’t want anyone to be hurt before the conversation moved on with a caller.

The clip was removed from the podcast as of Wednesday afternoon. 9NEWS downloaded the audio prior to the edit. 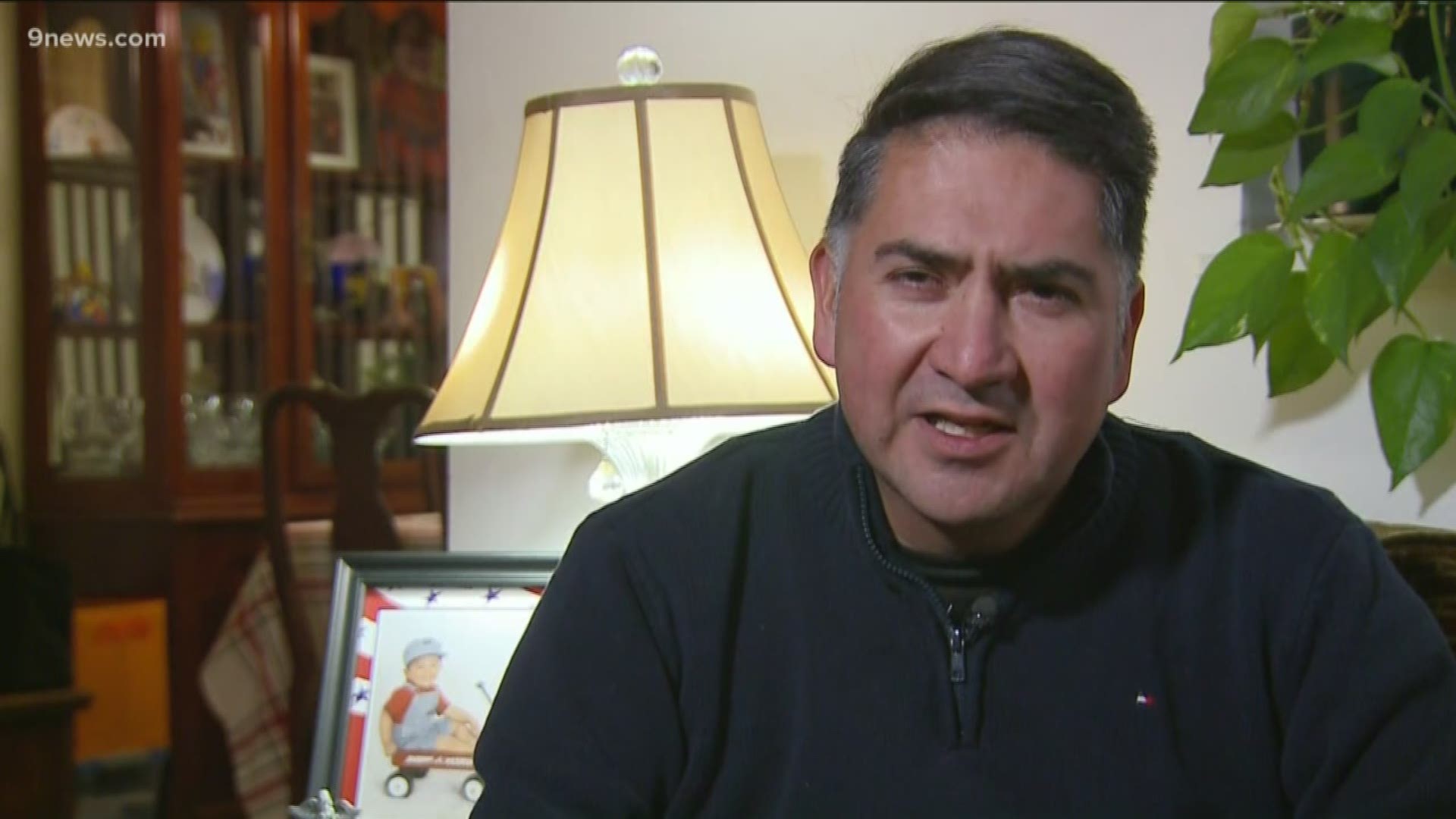 "Given the history of school violence that has plagued our community, 710 KNUS confirms that an inappropriate comment was made on the Chuck & Julie show by co-host Chuck Bonniwell. A programming decision was made to end the program immediately," station management said in a statement Wednesday night.

While the statement classifies the decision as "immediate," it was announced more than 24 hours after Bonniwell's remark, which was first reported by Jason Salzman from Colorado Times Recorder.

As KNUS mentioned, Colorado is not unfamiliar with school shootings. Twelve students and a teacher died in the Columbine High School Shooting in 1999, and four other school shootings have happened in this state since. The most recent occurred at STEM School Highlands Ranch in May. Kendrick Castillo, a senior, was killed and eight others were wounded.

Bonniwell also issued a brief statement on Twitter Wednesday night. He said the original comments were meant as a joke.

“I made an inappropriate comment meant as a joke. I’m sorry it was not received that way," he said in a tweet from the show account, which has seen been deleted.