The organization that will manage the site said the decision to keep looking for locations was based on feedback following Mayor Hancock's recent announcement. 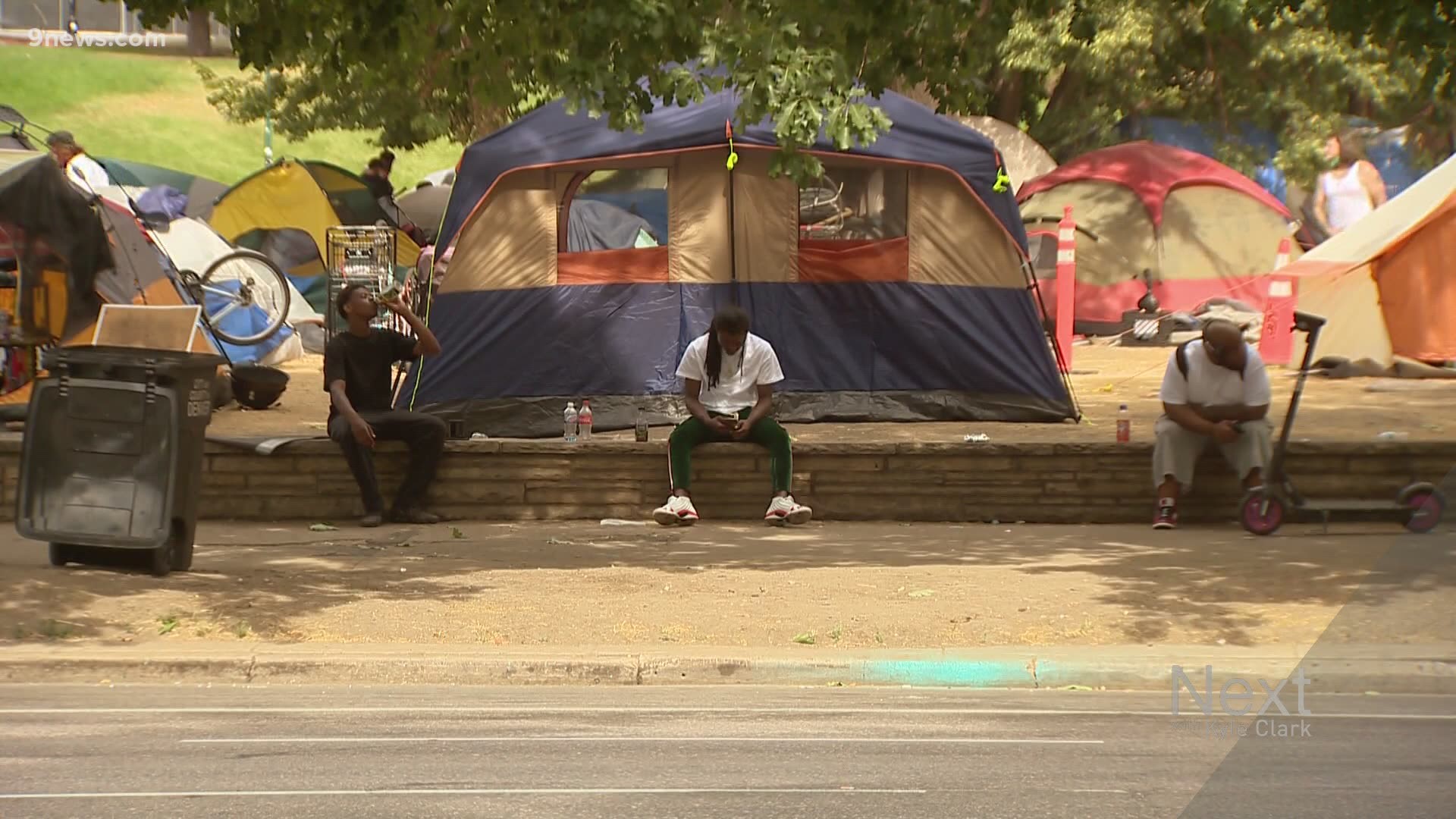 DENVER — Three days after Denver Mayor Michael Hancock suggested the city might pursue its first managed camp for the homeless on a piece of city property in the Five Points neighborhood, he had to walk back the idea.

“After further investigation of its suitability, we are taking the option off the table,” Hancock wrote in a Facebook statement about the city right-of-way between the Blair Caldwell Library and Sonny Lawson Park.

“This community has demonstrated time and again a willingness to work side by side with our housed and unhoused neighbors to address the challenges of homelessness in our city,” FPID president Paul Books said in that statement. Brooks argued that Five Points is already home to the majority of homeless shelters in the city.

The group also argued the site in question, Charles R. Cousins Plaza, already had a plan for use.

The city’s Chief Housing Officer Britta Fisher told Next with Kyle Clark that the site was taken out of consideration because of “technical issues”.

But Cuica Montoya with Colorado Village Collaborative, the organization that will manage the city’s first safe outdoor space, said the decision was largely based on feedback following the mayor’s announcement.

“That kind of fed a frenzy,” Montoya said. “A little bit of outrage. A little bit of confusion. I think there was some misinformation spread about how we got to this site.”

Montoya was hired to manage the first campsite, one of three the city hopes to sanction soon to help persuade homeless individuals not to camp illegally.

“We’re fighting a lot of NIMBYism right now,” she said. “I’ve heard on several occasions I support this initiative, but not here.”

The NIMBY she refers to is the common initialism standing for "Not in my Backyard." And the proposal, supported reluctantly by the mayor in early July, would create three large outdoor camps with proper sanitation, running water, restrooms and support services for the homeless.

Illegal camping has led to what the city considers public health problems due to a lack of sanitation. Those concerns have only increased during the COVID-19 pandemic.

The city had previously looked at the parking lot of the Denver Coliseum for the first location, but that proposal fizzled after community support of it waned.

“I feel like there’s definitely a lot of fear,” Montoya said. “People see what happens inside encampments and say ‘why would we sanction that?’ But that’s not what this is. It’s a different model.”

As many as 900 people have been sleeping on Denver’s streets recently, according to Denver City Councilwoman At Large Robin Kniech. The number is only expected to increase as economic strain from the pandemic worsens.

“We have to have a bigger community conversation about what’s most important to us as city,” said Kniech, who championed the proposal in July.

At the time, Kniech said the “not in my backyard” argument would not be acceptable.

“Every day our neighbors demand that government do something different and we have stepped forward and said we’re open to trying something new and different,” the councilwoman said.

“What if all of that depended on someone else saying I give you permission to be here. We need a spirit of solutions that doesn’t try to pass the challenge off to a mythical somewhere else that doesn’t exist.”

Neighborhood buy-in is only part of the equation. The safe outdoor spaces have to be close to public transit, large enough to allow residents to space out and follow social distancing guidelines and they must not fall in a floodplain.

Denver’s chief housing officer, Britta Fisher, said she was surprised to find so many spaces in the city that fell within a floodplain. She also said city zoning codes provide an additional challenge.

“We need to have the resources to help people but we also need the location to do that,” Fisher said.

The camps will likely never get 100 percent buy-in from neighborhoods, Fisher admits, but the city feels it must listen to neighbor’s concerns and try to mitigate potential impacts.

Like Montoya and Kniech, Fisher said a lot of problems could be solved if neighbors take the time to listen and learn what these sites might look like.

“I think there’s still misperceptions,” she said. “And when I look at other cities where there was success there was a lot of work to walk neighbors through what this would look like.”