No one made the ballot in one RTD Board District

Austin Ward was the only person vying for the job in the Boulder County area, but he didn't have the support for the ballot. So now what? 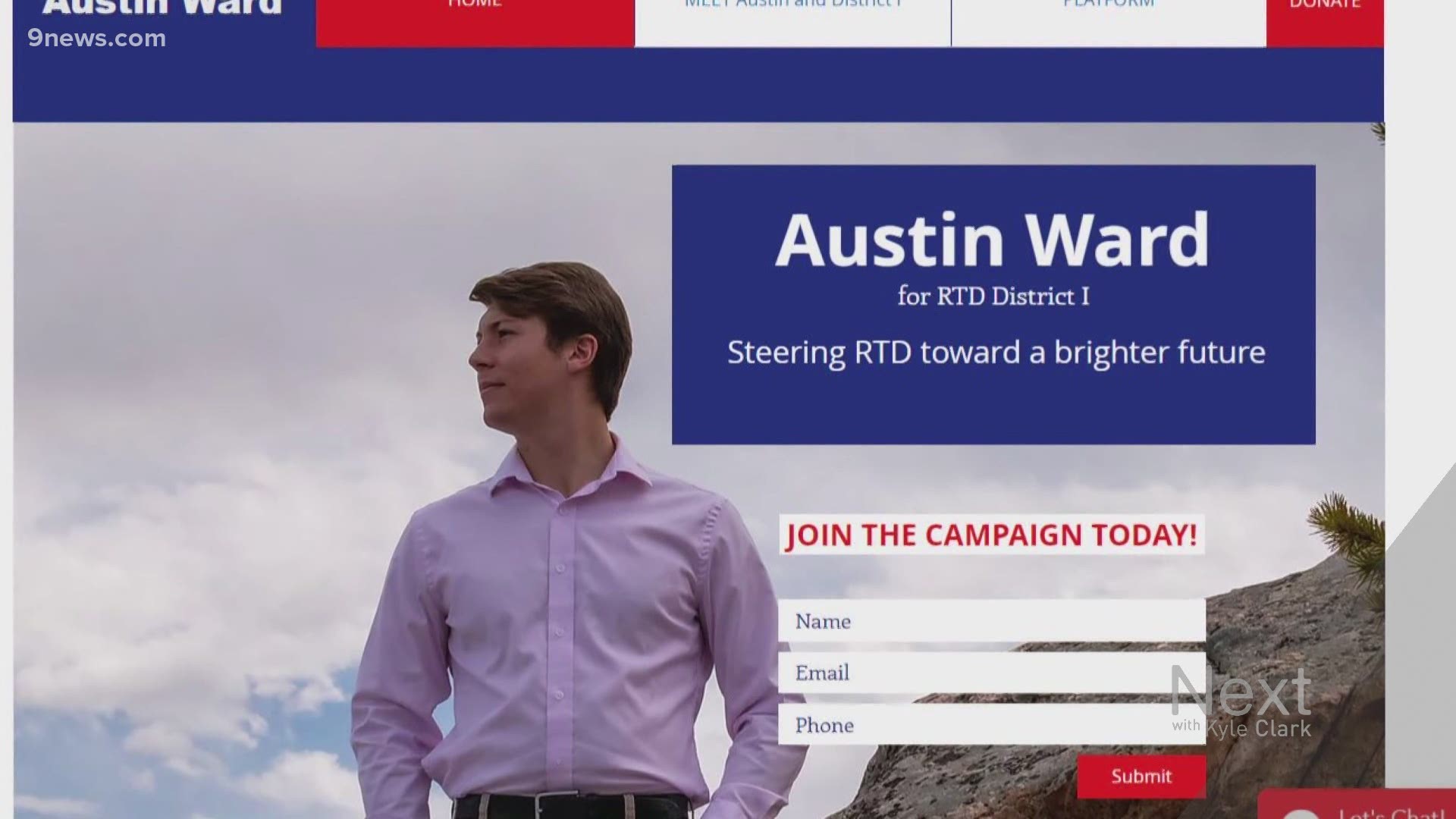 BROOMFIELD, Colo — Austin Ward was 41 signatures short for a job no one else wanted.

Ward, 24, submitted signatures to run for Board Director in the Regional Transportation District's RTD) District I, which includes Longmont and his home city of Broomfield.

“I like to help people. I want to make public transportation better, easier, more accessible,” Ward said in an interview with Next with Kyle Clark.

The CU grad is a bus driver for RTD. He started with the agency in 2016 to gain experience he could use to form his own private bus company. His plan for that company fell through when the Colorado Department of Transportation began offering a Bustang route for the area he’d planned to service.

He received his petitions for circulating back in May and began collecting signatures soon after. But he said the COVID-19 pandemic hindered his efforts, not allowing him to gather at major events in his district that were canceled. He had to do most of the work door-to-door.

“It definitely doesn’t get people’s blood flowing when they hear someone’s running for the RTD board,” Ward said. “A lot of people I talked to didn’t even know we voted for this particular matter.”

Ward, the only candidate collecting signatures for the job, submitted 269. The Colorado Secretary of State verified 209 of those signatures, tossing out 60 that didn’t meet voter registration or residency requirements.

The state requires 250 valid signatures for an RTD Board candidate’s name to be added to the ballot.

“You have a lot of people who don’t use RTD, so it doesn’t really matter to them what happens,” Ward said.

District I is a challenging place for RTD. Many in the city of Longmont have waited years for a train from Denver, outlined in the 2004 FasTracks vote.

“RTD has in my opinion a contractual obligation to the taxpayers to finish the B Line up to Longmont,” Ward said.