As first reported by Rukmini Callimachi with the New York Times, searches of federal archives and newspaper records are underway for two former schools in Colorado. 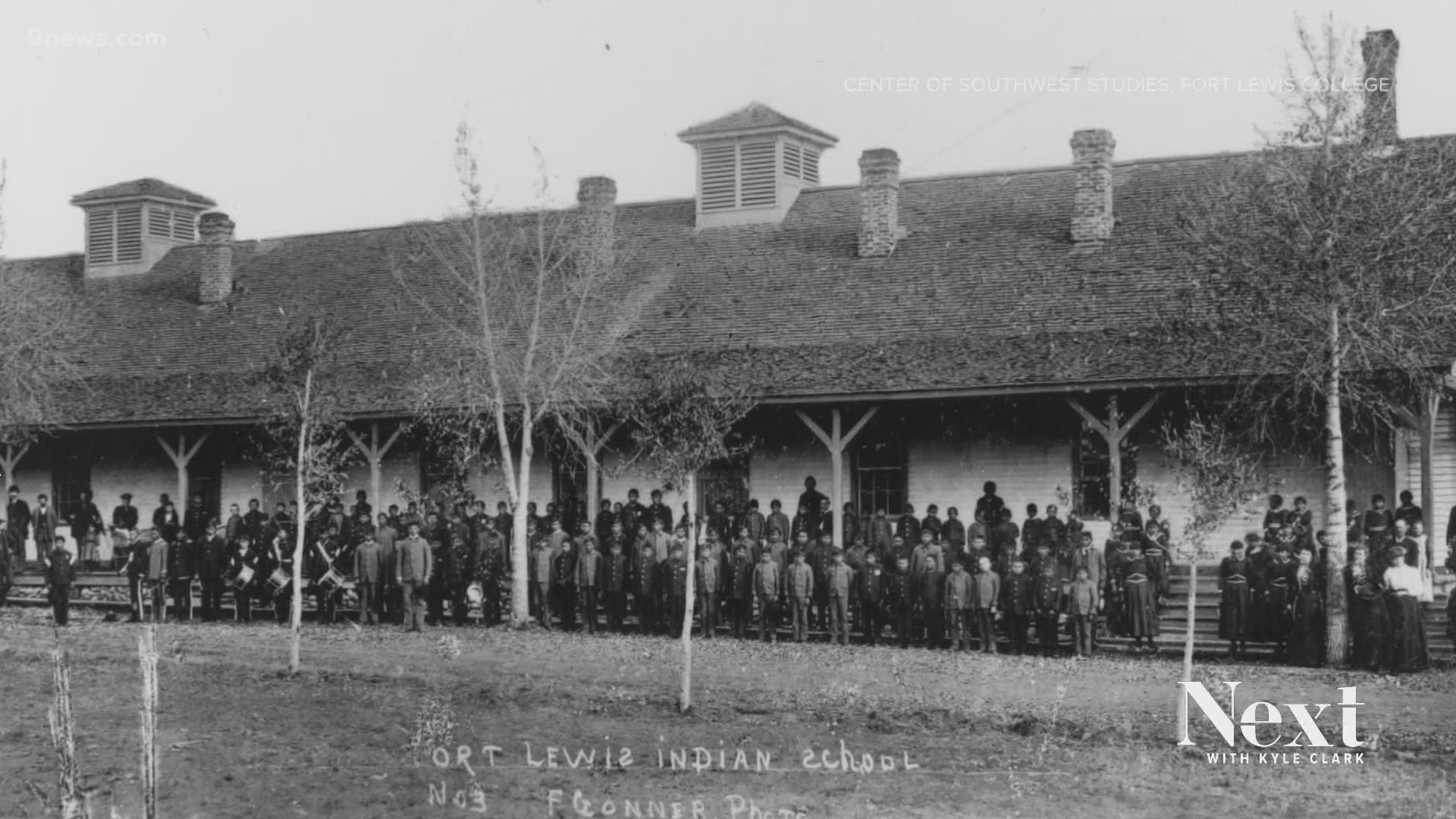 DENVER — Fort Lewis College (FLC) is considering a search for the remains of indigenous children on an old campus in Hesperus, the school confirmed to 9NEWS.

As first reported by Rukmini Callimachi with the New York Times, searches of federal archives and newspaper records are underway for two former schools in Colorado: Grand Junction Indian School in central Colorado, which closed in 1911, and the Fort Lewis Indian School that closed in 1910 and reopened as Fort Lewis College in Durango.

"As you might imagine, there are cultural sensitivities for FLC to consider in regard to the possibility of human remains at the Old Fort. We’re certainly looking into the technology that would better inform us of the possible presence of any remains, but proceeding with these efforts will be under the guidance of our tribal partners," spokesperson Lauren Salvage said in a statement to 9NEWS on Monday.

"With the support of FLC Trustees ... we’ve reached out to tribal nations whose ancestors would have been those who likely attended the Fort Lewis boarding school to begin this process."

Earlier this year, a search in Canada uncovered hundreds of unmarked graves belonging to indigenous children.

Such graves are traced back to boarding schools in Canada and the U.S. that were used in an attempt to assimilate children into mainstream culture, stripping away the cultures of their families.

Interior Secretary Deb Haaland in June announced a formal investigation of the history and scope of those schools.

FLC said it's also been in touch with the Department of the Interior and is researching what technology might allow them to search for unmarked graves. As reported by NPR, a search group in British Columbia used ground-penetrating radar.

FLC said nothing will happen without the guidance of tribal partners.

The full New York Times article can be read here.

RELATED: As school year beckons, colleges wonder: How do we get students to come back?