Colorado saw more overdose deaths in 2020 than ever before

It was a fear that became reality. The Colorado Department of Public Health and Environment said the state appears to have had 1,333 overdose deaths last year. 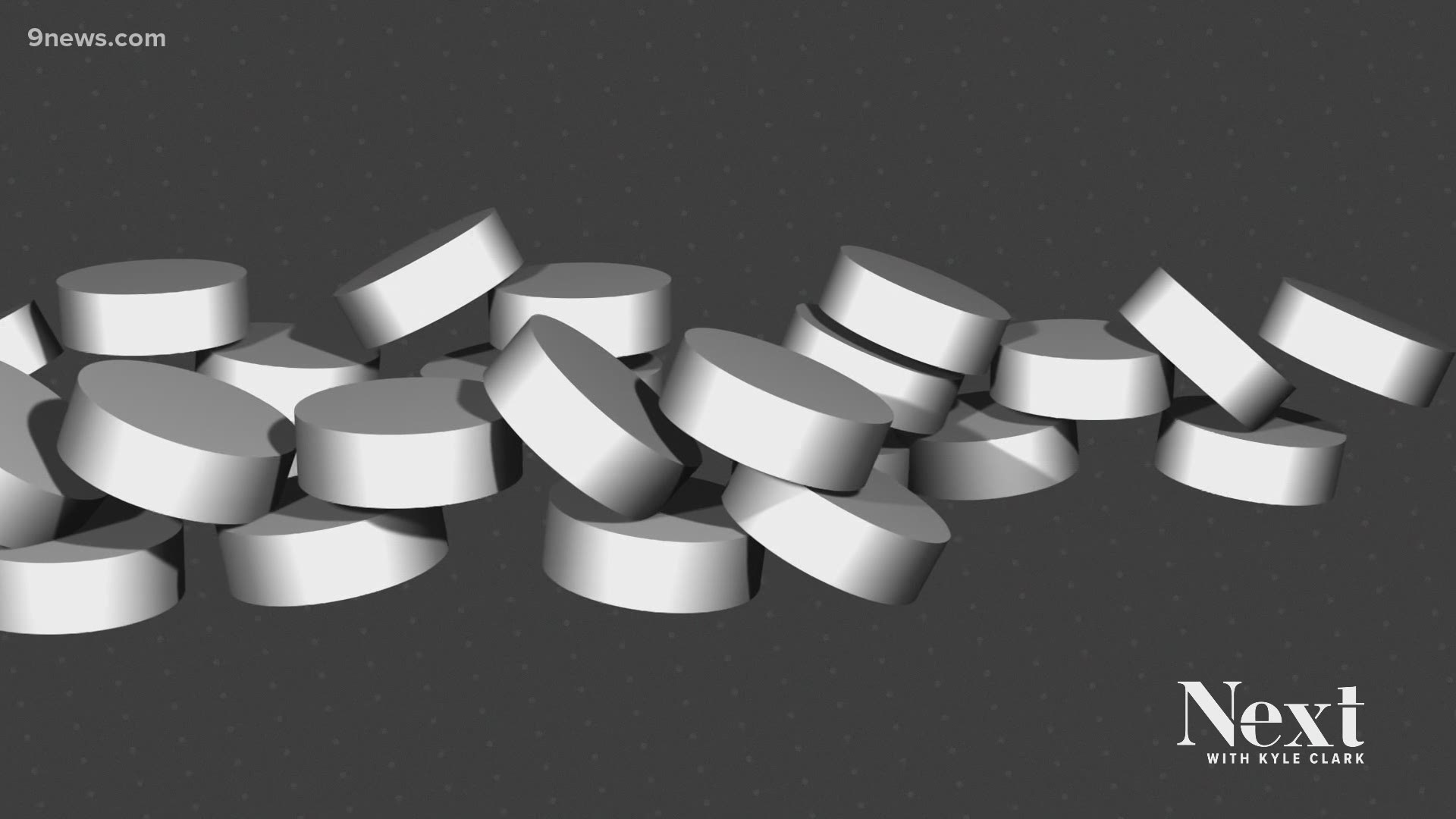 DENVER — Throughout 2020, there was a serious concern that it was going to be an especially deadly year for overdoses.

The Colorado Department of Public Health and Environment (CDPHE) said provisional numbers for last year show overdose deaths among Colorado residents came to 1,333. It's the highest number and rate of overdose deaths according to state records dating back to 1975.

He is heartbroken to see what happened last year and, unsurprisingly, thinks the COVID-19 pandemic played a role.

"A lot of anxiety, depression and stress -- those things, in turn, led to more misuse of substances," he said.

Valuck also said a big factor is fentanyl, a powerful and deadly synthetic opioid. The state found fentanyl had a role in 487 deaths last year in Colorado, more than double the number of 2019.

The Drug Enforcement Administration (DEA) said fentanyl is a growing problem and that in the Denver metro area, an average seizure was anywhere from 10,000 to 15,000 pills last year, triple what they saw five years ago.

Many times they see the drug laced into fake oxycodone and Xanax pills that look very real but are not. The DEA and health experts warned that people are ingesting counterfeit pills without knowing what's in them.

Through testing fentanyl pills from across the country, the DEA said 26% contain a lethal level dose of fentanyl.

Valuck also said it's been standardized for some time to document overdoses, so taking into account some fluctuations, he said they've been watching a clear trend upward in overdose deaths in Colorado.

The director of Adult Treatment and Recovery with the state Office of Behavioral Health, Marc Condojani, said the spike in numbers was upsetting, especially with the progress he cited in 2019 for increasing treatment and naloxone availability.

Condojani said medication-assisted treatment has been available as COVID dominated our world and that methadone clinics saw more people.

"[We] saw the numbers increase in March, April, May," he said.

But when it comes to residential and in-patient facilities, there have been challenges.

"For severe addiction of whatever sorts, alcohol or opioid, that might need a stabilizing setting -- that's definitely been impacted," said Condojani. "We've had some facilities that have had outbreaks where they have had to have temporary closures, a lot of others have had had to reduce bed capacity."

RELATED: How the pandemic is impacting another health crisis: opioid addiction

The state said that put more pressure on the system.

"We already don't have enough residential treatment capacity for substance abuse in Colorado as it is," he said. "It has been restricted probably 30%."

More so than ever. advocates are telling people they are there to help.

"We want to remind people, recovery is possible," said Condojani.

You can also download the OpiRescue app that can then direct you to the nearest Medical Assisted Treatment facility.

The state did acknowledge there are people facing waitlists at some residential and in-patient facilities but encouraged people to get on that list with the hope a bed opens sooner rather than later.

Experts are reminding people to make sure they have naloxone.