John Gillingham motivated others to get outside and exercise. 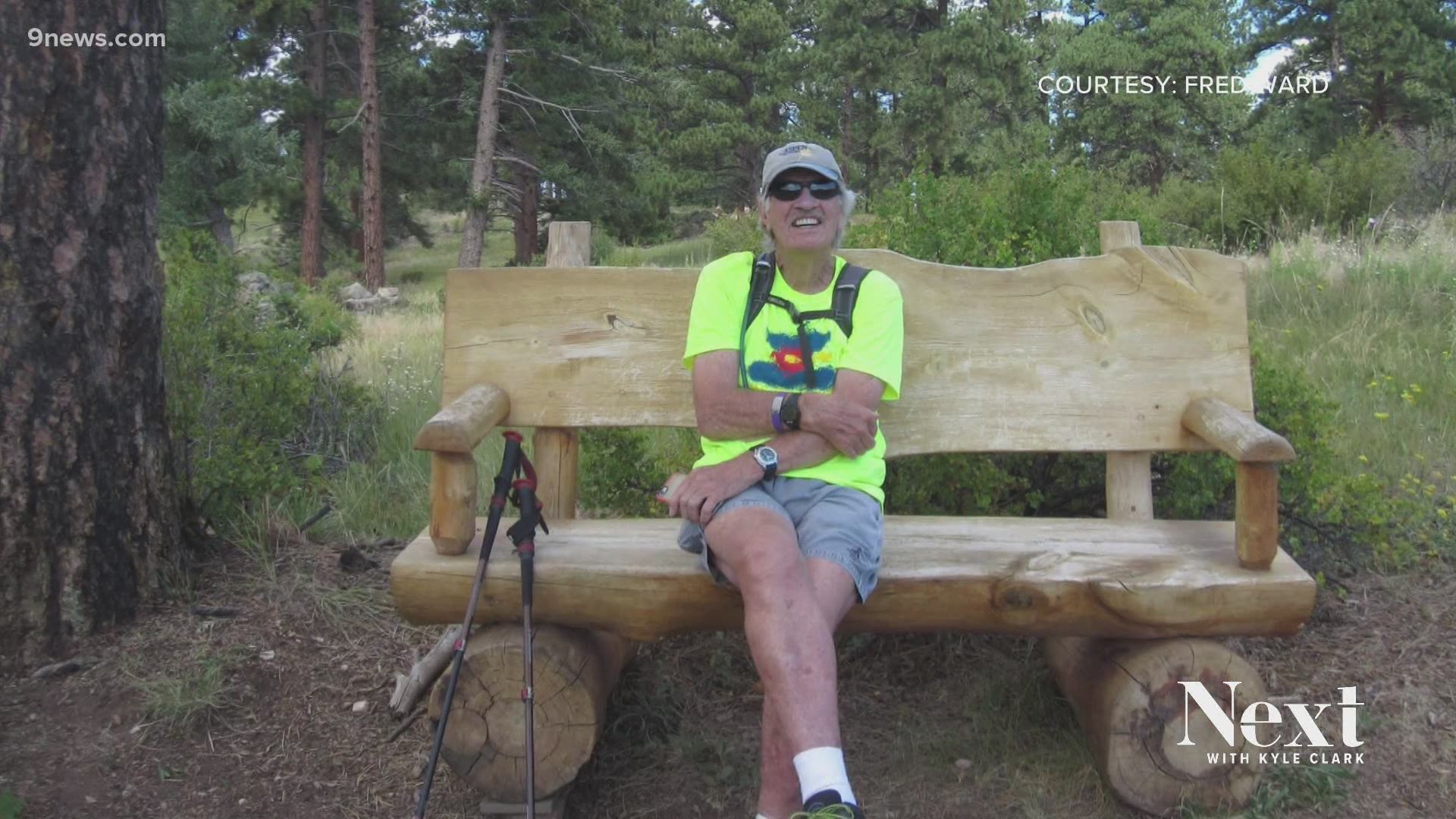 DENVER — Family and friends of long-time fitness and recreation expert John Gillingham are gathering this weekend in Washington Park.

They’re finally able to celebrate the life of a person who brought people together through the art of exercise. Gillingham passed away at 92 on July 10, 2020 and after waiting out COVID restrictions, the group finally has a chance to honor him.

“Just a celebration to remember all the wonderful times that he had with us,” said friend Fred Ward. “We’re having right here in Washington Park a celebration of life…this is actually his wish in his will, and he left funds.”

Originally from England, Gillingham moved to Denver in the 1960s as part of a fitness initiative for the downtown YMCA. In the 1970s, he helped design one of the first outdoor fitness trails in Washington Park.

Gillingham was also known for his sports conditioning work with the Denver Broncos and training former Colorado Governor Dick Lamm. In the mid-80s he had his own fitness television show that aired locally.

After 63 years of exercise, Gillingham retired in 2018 from the Colorado Athletic Club where he was the outdoor fitness coordinator. He celebrated with a final workout on his 90th birthday, but two years later, Gillingham passed away.

“John was 92 years old and unfortunately, he had some breathing problems, so he went to the hospital and they discovered a tumor and he passed shortly thereafter,” said Ward.

“Honestly shocked,” added RJ Booth. “We thought he’d live to be 100 and whatever because of the man was amazing.”

Ward and Booth met in the 1990s at one of Gillingham’s workout sessions called “Serious Fun” – a hybrid of rigorous workouts and lots of laughs.

The two friends said it was their connection to a tight-knit group of outdoor enthusiasts.

“We did river trips where we’d spend a week on the river canoeing in Montana, Utah and you’ve got to be fairly close to spend a week in canoes in campsites with people,” Booth said. “One of the things he always said was ‘I’m not trying to prolong life through exercise, I have a zest for living and I want other people to have that and to be outside,'” added Ward.

Recently, a bench in Wash Park was named in Gillingham's honor, right outside the recreation center entrance – a place he would visit to work out.

Credit: Fred Ward on the left and RJ Booth on the right

“This bench will be here for 20 years,” said Ward. “When his daughters found out this particular bench was available, they snatched it up.”

The celebration of Gillingham’s life will be attended by generations of outdoor exercisers connected by a man who motivated others like Ward and Booth.

“The friendships and the bond were just unbelievable,” Ward said. “We’re friends because of that.”

The John Gillingham Celebration of Life will take place on Sunday, June 6 at Washington Park. Organizers are asking anyone who wants to join meet on the east side of the park, approximately where East Kentucky and South Franklin Street meet.