Police say they are not investigating the claim from the head of Parker Republicans, Mark Hall, who said someone sent him mail bombs after he doxed health employees. 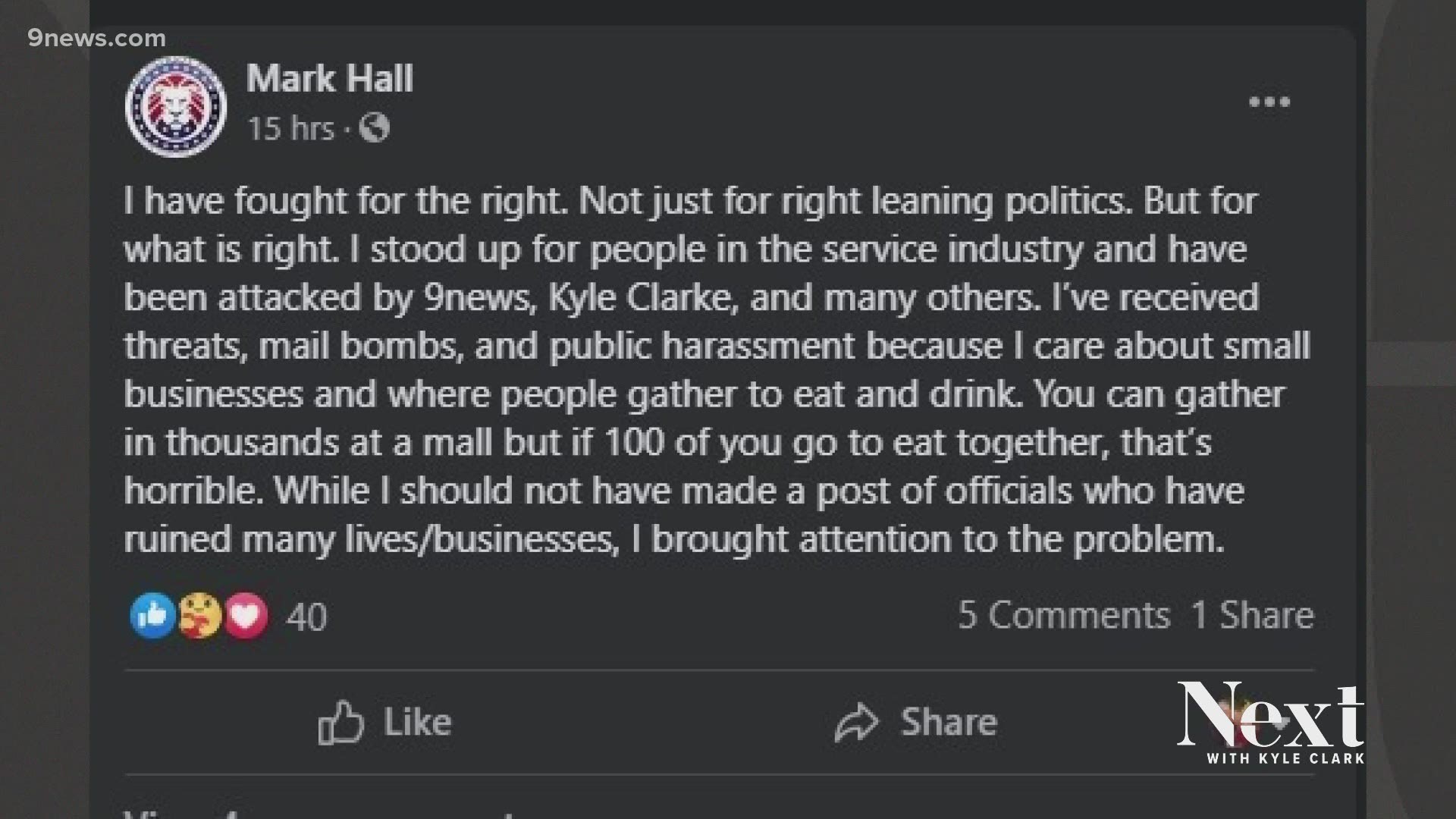 DENVER — The head of the Parker Republicans has deleted a post from social media claiming that he received bombs in the mail.

Mark Hall, who created a Facebook group last year to dox healthcare workers in retaliation for COVID restrictions, posted on his own Facebook page this week that he received threats, mail bombs and public harassment because of the posts.

“I have fought for what is right. Not just for right-leaning politics. But for what is right,” he wrote. “While I should not have made a post of officials who have ruined many lives/businesses, I brought attention to the problem.”

The Parker Police Department, however, said that they do not have an open investigation related to what Hall claimed on social media.

“The Parker Police Department is not currently investigating any reports of mail bombs being sent to Mark Hall,” they wrote in an email to 9NEWS.

Hall has since deleted the statement.

His Facebook group was dedicated to publishing the home addresses of public health employees.

“We will publish the names/addresses of these people with no law enforcement abilities,” Hall had written in the group. “If they want a war, we can give them that but it is time for a revolution.”

He deleted the page after 9NEWS reported on its existence in December.

By his own admission, Hall's posts were an attempt to pressure Colorado's Democratic governor, Jared Polis, into relaxing COVID-19 regulations.

NEW: Parker GOP leader Mark Hall, who created a web page to dox healthcare workers in retaliation for COVID restrictions, posts a statement saying "While I should not have made a post of officials who have ruined many lives/businesses, I brought attention to the problem." #9NEWS pic.twitter.com/KmDx7okxWj

RELATED: What is doxxing, and why is it so scary?