A group of DU alumni is calling on the school to disavow the app made by John Matze and Jared Thomson, and plans to come up with a list of formal demands this week. 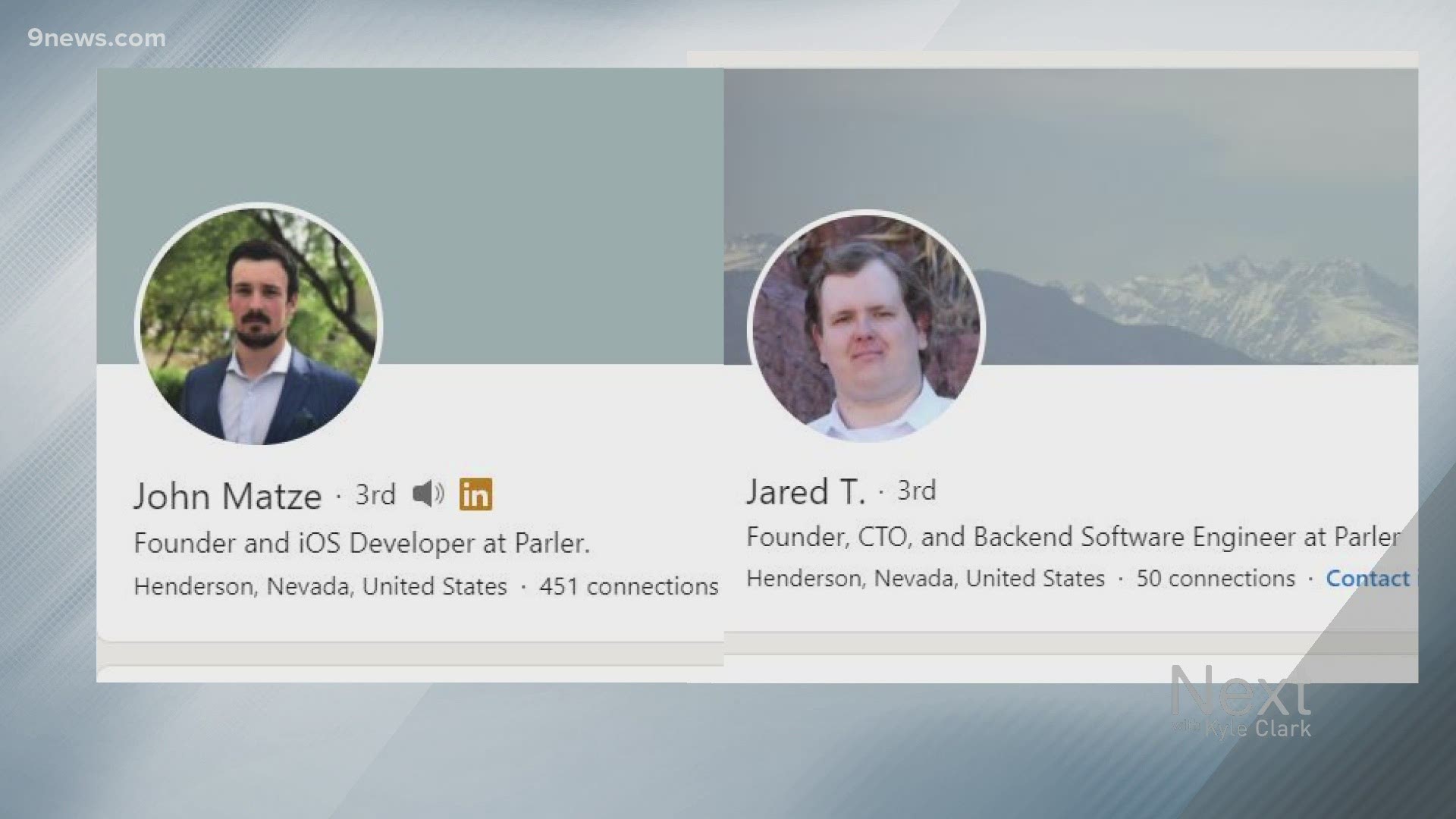 DENVER — The University of Denver (DU) condemned hate on Monday but faced calls from some of the DU community to do more because it was two DU alumni who founded Parler.

Parler CEO John Matze and Chief Technical Officer Jared Thomson studied computer science at DU and started their app in 2018 "after being exhausted with a lack of transparency in big tech, ideological suppresssion and privacy abuse." According to TechCrunch, Parler was the 10th most downloaded social media app in 2020. It shot up to No. 1 on iPhones late last week following the failed insurrection at the U.S. Capitol.

By Saturday, both Apple and Google stopped offering Parler in their app stores because of unmoderated posts related to violence, the companies said. The social network geared toward conservatives was then booted from the web when Amazon removed the page from its web-hosting service.

RELATED: Right-wing app Parler booted off internet over ties to siege on US Capitol

“The University of Denver condemns any and all calls to violence, insurrection, or sedition. We are grounded in the tenets of free speech and First Amendment rights, but those rights end when they incite the populace to violence or to harm others. Those we condemn unconditionally,” the school said in a statement.

A group of DU alumni, however, led by former student body vice president Jess Davidson, would like the school to do more.

"I'm not really looking for a fight, but I do want to ensure that the university is taking this as seriously as the rest of the country is. Institutions are often very, very reticent to disavow the actions of their students. And, I understand that it's a slippery slope, and we are in unprecedented times as a nation, and this is not a typical situation that requires a typical response,” Davidson told 9NEWS.

She hopes the university takes a stronger stance. Specifically, Davidson wants DU to say whether university resources went into creating the app and if alumni resources helped further Parler.

“To know that it was possible that they had used their University of Denver education to create an app where insurrection was planned and incited was extremely concerning to me,” Davidson said. “I’m really proud to have gone to DU, and I don’t want DU to be associated with the kinds of acts that happened at the Capitol this week. I want DU to be associated with difficult academic rigorous conversation and serving your community and the public good.”

She said she will not advocate for the university to revoke the founders’ degrees, as she believes the situation is bigger than two individuals.

A more formal list of alumni demands of the school is being formulated this week.

Parler, meanwhile, has promised to return once it can find a hosting partner.