“It just wasn’t feasible for me to apply." 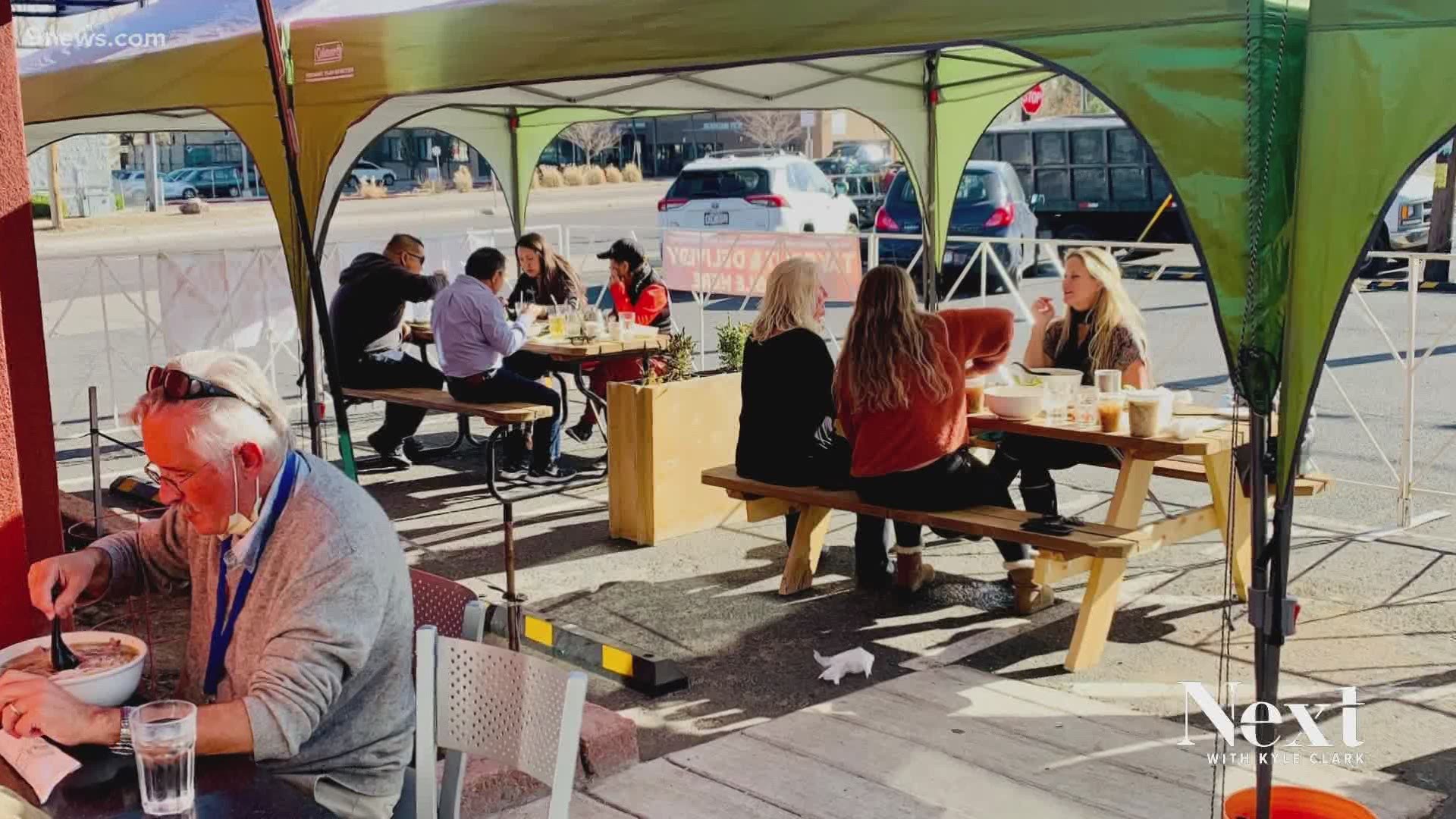 DENVER — When the COVID-19 pandemic raged, many restaurants expanded patios outside to try to keep their businesses afloat as restrictions closed dining rooms.

But data from the city of Denver shows many restaurant owners in underserved communities didn’t have the same opportunity to expand as their counterparts.

Of the 542 businesses that applied to the Denver's Department of Transportation and Infrastructure for permits to expand their patios onto sidewalks or streets, 83 were in areas that the city considers “high equity priority,” about 34%, according to data provided by DOTI.

Ambs has been working with businesses in Southwest Denver, trying to improve the corridors along South Federal Boulevard and Morrison Road.

“I’ve realized that [the South Federal corridor], this immigrant Chinese-owned, Asian-owned corridor is always the last to get these guidelines,” she said.

The Denver Department of Excise and Licenses said it did everything it could to get the word out to all communities immediately.  They held several town halls about the expanded patio program, inviting stakeholders from community organizations representing all of the city's underserved communities, spokesman Eric Escudero said. He also said, unlike other cities in Colorado that only allowed patio expansions in certain areas of cities, the city decided to allow all restaurants to apply.

"All of our initial and ongoing outreach and support has been targeted to reach all Denver neighborhoods, especially lower income neighborhoods disproportionally negatively impacted economically by the pandemic," Ashley Kilroy, the director of Excise and Licensing said in a statement to 9News. "Our initial online digital town halls explaining the program were open to the public and available to all and not just members of restaurant associations."

"We’ve prioritized reaching beyond the power brokers and financially well off Denver neighborhoods, including holding a recorded information session in Spanish and providing materials in Vietnamese, Chinese/Mandarin, Amharic and Spanish to maximize the benefit of this program for everyone."

Ambs, who works with these businesses every day, said many restaurants of the restaurants she works with said they didn’t apply for several reasons: they worried about the cost of materials to expand, the infrastructure around their restaurants is in disrepair and not suitable for expansion and there was a language barrier.

She said after alerting the city to the language issues, the city began sending out grant notices in several different languages, targeting these communities. The city and Streets Partnership also applied for grants to offer financial help to businesses that needed it.

Ambs said the financial support from both the city and community organizations helped dramatically.

“Everyone didn’t even think that this was something that was possible in the business world like the city would jump in and say here’s a few thousand dollars go ahead and open up your patio we want you to stay around,” Ambs said.

“It just wasn’t feasible for me to apply for, we wouldn’t have the financial support to get things moving outside with the extended outdoor patio,” Le said.

Le said the pandemic was devastating to his business, estimating his sales were cut in half as people were turning only to carry out.

“It’s been the most challenging time in history,” he said. “I’ve never encountered anything like this before.”

After learning about the financial help, Le said he was build a temporary patio with six tents and picnic tables.

“Without the patio outside the hardship would be more tremendous,” he said.

Now the patio is gone and more people are coming inside to eat. Le said it is good to see their happy faces.

“We are lucky to have the resources from those non-profit organizations and the community based organizations that helped us,” he said.

RELATED: Restaurants will have to ask before sending utensils with takeout orders in Denver

RELATED: Need a job? Nearly every restaurant in Colorado is hiring right now