Jonathan Rose noticed the pavement was brand new, but something important to pedestrians was missing. 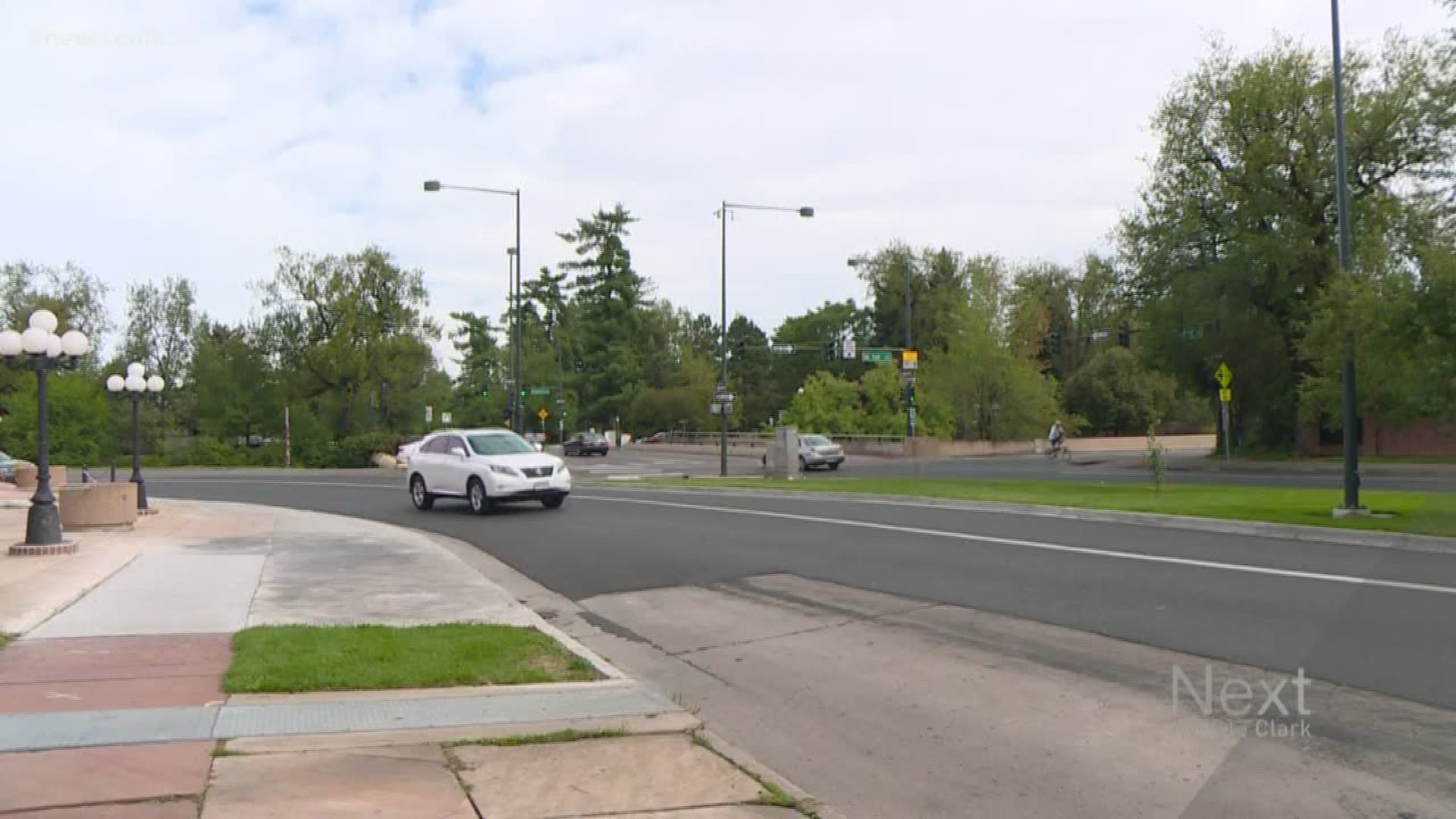 DENVER — UPDATE: Nearly a month after Downing was repaved at Speer, the crosswalk at the intersection has been repainted! Previous story below.

It took tweets from a pedestrian on Tuesday to speed up work to install a crosswalk at the intersection of Speer Boulevard and Downing Street in Denver.

Jonathan Rose crosses the intersection twice each day during rush hour on his way to and from work. He tweeted a video Tuesday morning showing a compilation of his walks across Downing.

“Usually it feels it a little bit like a fight for my life,” Rose said. “And that’s not much of an exaggeration.”

Rose’s video shows cars passing through the intersection and failing to yield to pedestrians crossing with the walk signal.

“I think that when I posted this video showing the close calls that I’m having, even walking across the street with my phone on my chest very obviously recording things – I think that that struck a nerve,” Rose said.

A spokeswoman for DPW said Tuesday crews were running behind on striping the crosswalk at Speer and Downing.

The repaving work was completed nearly a month ago, but DPW said they rely on contractors to install thermoplastic material for the crosswalk striping. There are few companies that do the work and they’re in high demand, the spokeswoman said.

The city is also doing a lot more paving work this year. The Elevate Denver Bond Program provided an additional $15 million in funding which expanded the city’s paving program by 20%.

“It appears to me at least that no effort has been put into painting crosswalk stripes in what is very obviously a dangerous intersection,” Rose said.

Three years ago, Denver Post reporter Colleen O’Connor was hit and killed by a drunk driver at Speer and Downing. There’s a memorial sign for her at the intersection.

RELATED: Remember Colleen O'Connor's stories, not the story of her death

“It’s a daily reminder that I literally am putting my life on the line when I cross the street,” Rose said.

On Tuesday afternoon, Denver Public Works responded to one of Rose’s tweets saying that crosswalks would be installed at Speer and Downing over the next two nights.

A spokeswoman told 9NEWS contractors would be diverted to the intersection to get the work done and that an engineer would check to see if any additional safety improvements could be made.

“Sometimes all it takes is a tweet to make things change,” Rose said.