These are the people who write Colorado laws (Hint: They aren't the lawmakers you elect)

There are two dozen attorneys who work at the Colorado State Capitol, writing legislation for the lawmakers who get credit for it. 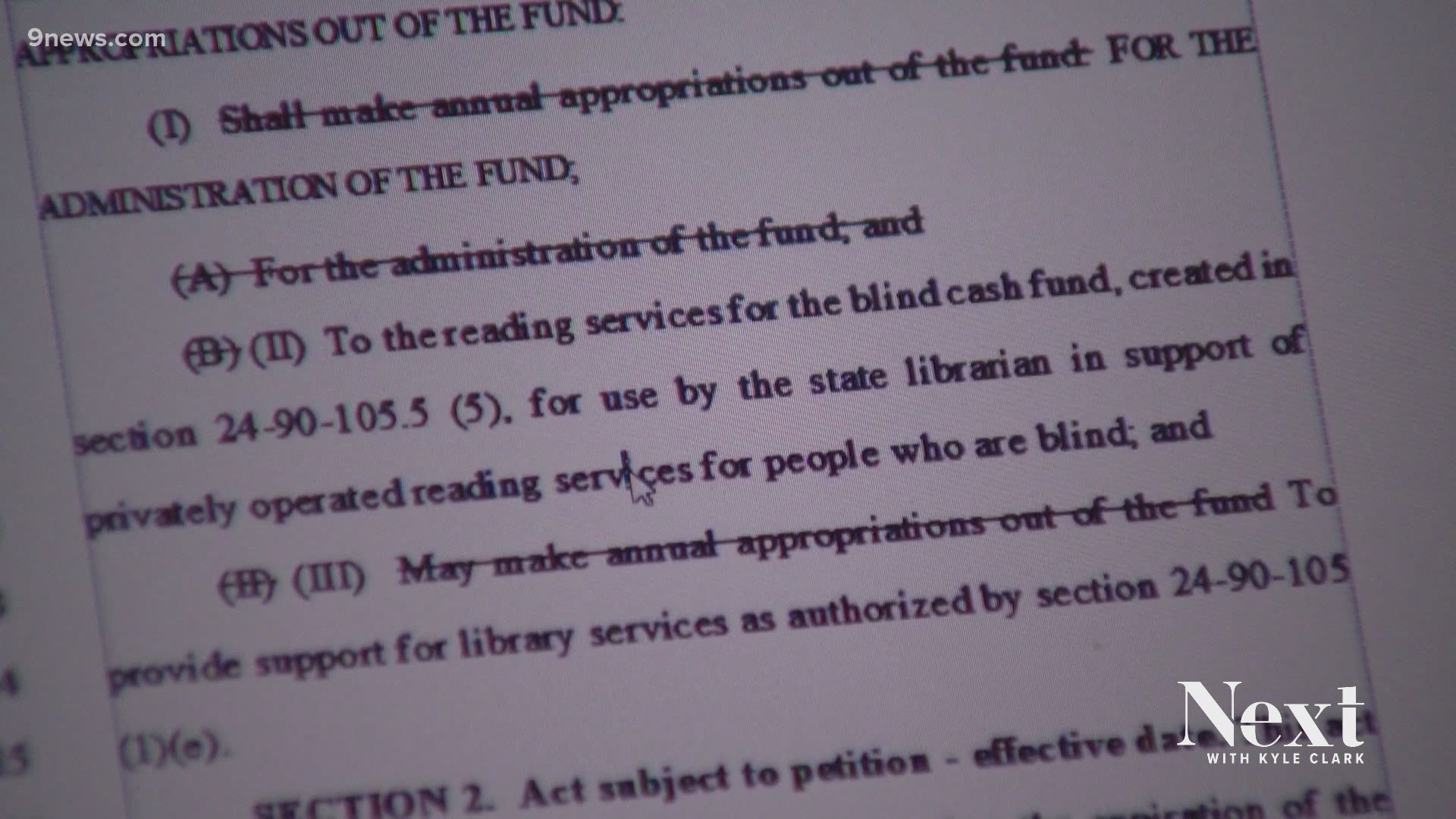 DENVER — Conjunction junction is their function.

Using "and" versus "or" may not seem like a big distinction, but when writing legislation, it could alter a law.

"We're the people who care about the coordinating conjunctions," said Ed DeCecco, senior attorney with the Office of Legislative Legal Services (OLLS).

DeCecco is one of two dozen attorneys who work at the Colorado State Capitol writing legislation for the lawmakers who get credit for the legislation.

"We have, roughly, 24 attorneys working on 600-plus bills every session," said OLLS Assistant Director Christy Chase. "All 100 members of the General Assembly have to come through our office for any legislation that they want to introduce each session."

Both have worked for OLLS for 20 years.

"You know, a lot of people, this is their dream job, but it wasn't, actually, for me. I kind of stumbled into it," said DeCecco.

"I had a friend whose father was good friends with a [Louisiana] state Senator at the time, and that state Senator needed an attorney to come for work his committee, and that's how I got into this kind of work," said Chase.

They are responsible for figuring out how to write modifications to current law, or craft brand new law from scratch, based on a lawmaker's desire.

"We do the drafting, but we've got amazing editors who go through and double-check that what we've written works. I mean, they're the ones that make us look good. We have separate revisers. We have a publication team," said DeCecco.

Coloradans may not know DeCecco by name or face, but they should know his work.

He drafted the 43-page bill that passed the legislature and ended up on the 2020 ballot as Proposition EE, the cigarette and nicotine tax. The 43 pages were reduced to one paragraph on the ballot.

"We always try to draft stuff in plain language, and hope that that bill, that someone can read it and know exactly what it does," said DeCecco.

"One of the big things that we do with a lot of legislation is trying to get the law to catch up," said DeCecco. "Telehealth is an example."

"As we've discovered, there might have been some impediments to facilitating telehealth in all different areas of health care, legal impediments, where the profession and the law had not caught up to what needs to be happening in the real world," said Chase.

While OLLS helps write Colorado laws into the 21st Century, the staff does so in a very non-21st Century way.

"I hate to admit this, we use WordPerfect," DeCecco laughed. "I promise it's not in a DOS-based system."

Before you go searching, "What is WordPerfect?" just know that it's not Word and, for those of us who used to use it, we may not call it "perfect.'

"When you find something works, we stick with it. It works really well with our bills and the way we draft them," said DeCecco.

"In a nutshell, WordPerfect allows you to look at the codes, and there's just a lot of codes, it's very techy," said Chase.

She said that the program helps keep the words that need to be crossed-out, stay crossed-out, and it keeps the replacement words that are capitalized in the correct spot throughout the bill's life in the legislature, through different changes and amendments.

"That requires special codes for that to stay in the bill throughout the process, and WordPerfect is the way that works best for us right now. Much to the chagrin of the rest of the world," said Chase.

For example, WordPerfect keeps the word "and" crossed-out, while replaced with the word "or" and it keeps those in the same area throughout the bill's progress.

Mixing up "and" and "or" changes the meaning of the bill.

Perhaps more dangerous than "and" versus "or" is "shall" versus "may."

"'Shall' is a duty. It's mandatory. 'May' is permissive. You may do something or you may not," said Chase. "'Must' is a whole other conversation."

So, the next time you hear, "There is a bill at the state legislature," just know that it's not always "Bill," but rather Christy, Ed, Jane, Conrad, Alana, Jennifer, Richard or any number of people not named Bill.