Tiny town of Cope wants its phone booth back

It had been a centerpiece for Cope for about 50 years, and people traveling through town often stopped to take pictures with it. Then it disappeared. 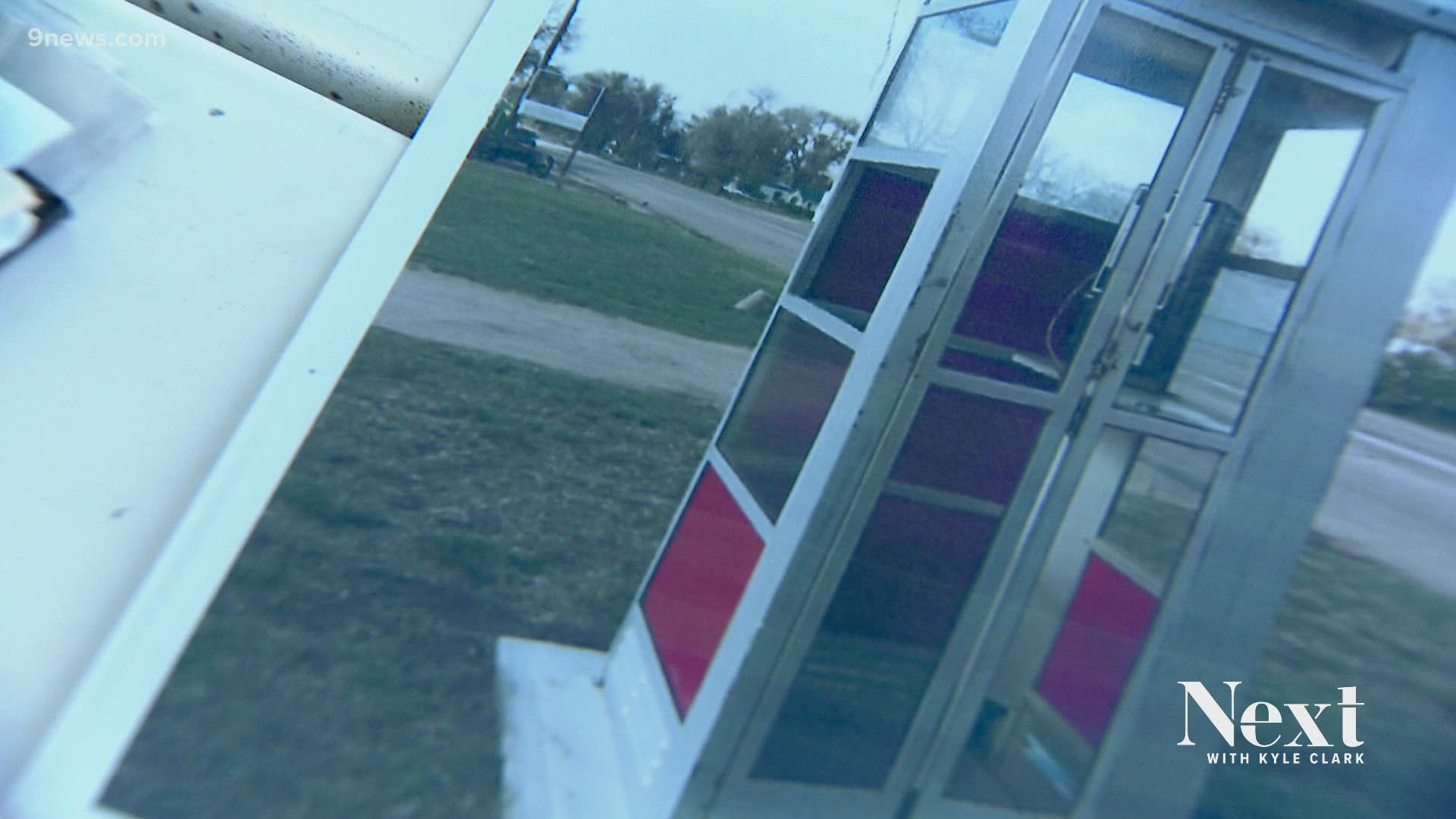 COPE, Colorado — Cope is a small agricultural community about 120 miles east of Denver.

"We counted it up last night. We have about 56 people that reside in the town of Cope," longtime resident Vickie Cecil said.

Her neighbor and the president of the Cope Recreation Club, Lanny Payne, finishes her sentence: "… and no phone booth."

The booth, donated by Plains Telephone decades ago, was ornamental now. It once lived at the local gas station. When Larry's Conoco closed, the town kept the booth but never opted to make the phone functional.

"We never hooked it up because the cost is --. Well, like you say, everybody's got their cell phones today," Payne said.

That didn't mean the booth that stood in the town's Memorial Park was any less cherished. That's why they want it back.

It had been a centerpiece for Cope for about 50 years, and people traveling through town often stopped to take pictures with it, but the booth disappeared over the summer. Cecil and Layne said they filed a police report with the sheriff's office in Washington County.

"It was just kind of a novelty. It’s just sad that somebody would, you know, take our little phone booth," Payne said.

"We thought that was a significant piece of our town history."

The booth is silver with windows and a couple of red panels. The side of the booth said "telephone" at the top. If you happen to see it, the town would appreciate if you let them know.

"A phone booth seems so minor and yet it’s a big deal because it gives to get together and have some common ground," Cecil said.

RELATED: The reason there's a phone booth out in the wild near Telluride

RELATED: Rediscovering Colorado: A community in Colorado with the cleanest name in the state