Kirby Klements has been trying to figure out what to do about his damaged truck. It was crushed by a United Flight that dropped its parts over Broomfield, Colorado. 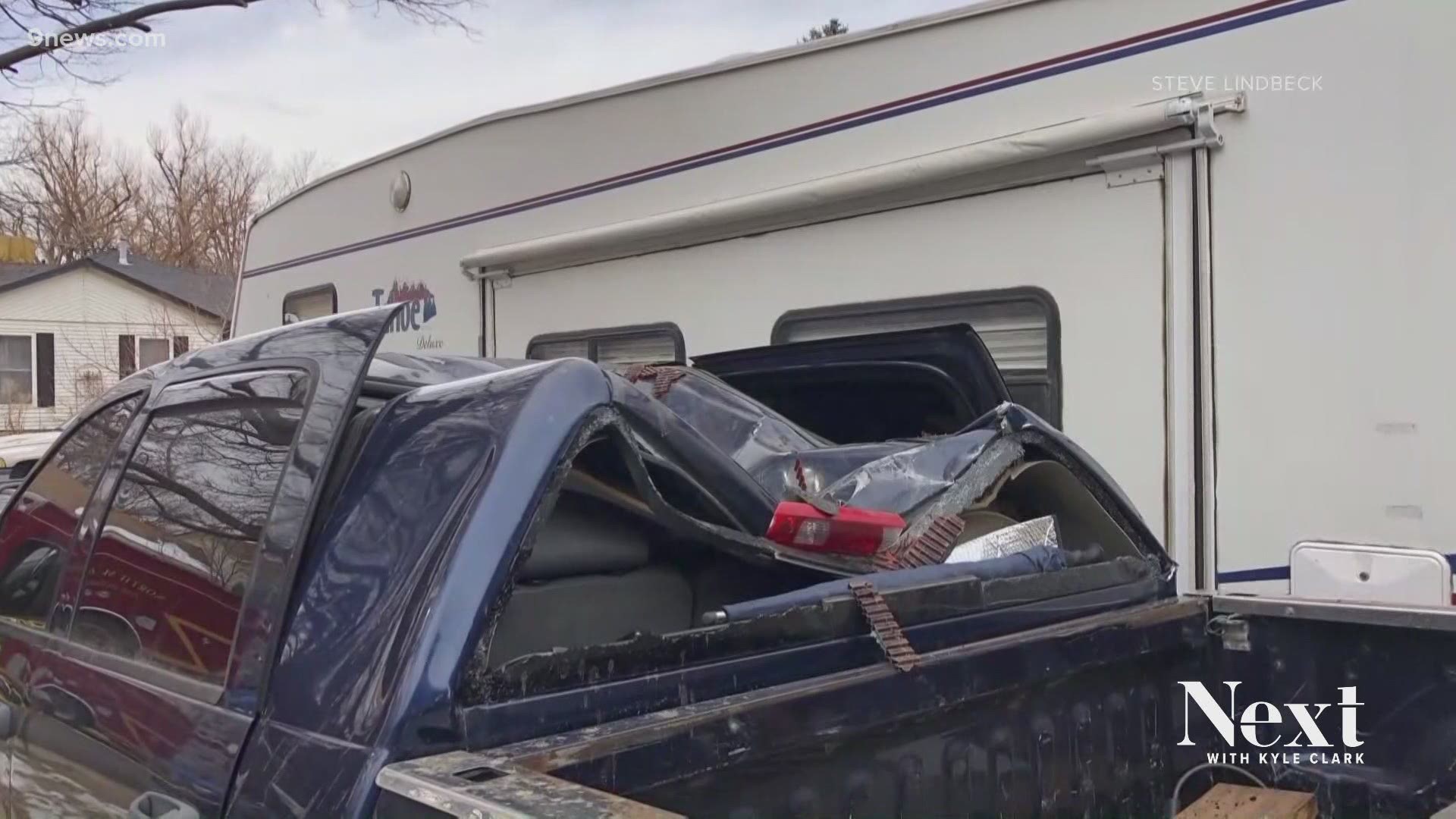 DENVER — Kirby Klements has spent a lot of time on the phone over the past few days, both talking to reporters and other media about the cowling from a jet engine that crushed his truck, and to the airline, trying to figure out who will pay for a new truck.

The scene in Klements’ front yard has made national and international headlines, after the engine of a United Airlines Boeing 777 exploded just after takeoff from Denver International Airport. The explosion sent parts of the plane showering down over an area in Broomfield.

On Monday alone, Klements already did interviews with Fox and Friends and radio stations in Miami and Iowa.

“My son has a YouTube channel that he’s been trying to get up and running and he’s all mad at me because I’ve talked to more people in the last three days than he has in the last two years,” Klements joked Monday. Though he said he plugged his son’s channel during a United Airlines interview.

The cowling attached to the engine landed on top of Klements' blue pickup truck before rolling onto his front lawn. It crushed the truck and tore the gutter off the garage.

He uses the truck to haul an adjacent camper in the driveway. Klements has recently used the camper to visit his grandkids on the Western Slope and take special precautions due to the pandemic.

Klements said he spent a long time searching for that truck used. He had recently spent $6,000 to rebuild the engine.

“I just can’t take the Blue Book value of my truck,” he said. “It’s worth more than that to me. I just need something to replace it with.”

Auto insurance would cover similar damage if the owner of the vehicle pays for comprehensive coverage, according to Carole Walker with the Rocky Mountain Insurance Information Association. Most standard homeowner’s insurance policies would cover the damage too.

“An airplane part falling from the sky…is covered by most insurance…because it covers other things falling from the sky,” Walker said. “Your own insurance will go back to the airline’s insurance and what we call subrogate and hold them financially responsible and that will help you pay your deductible.”

Walker said a homeowner or car owner's insurance premiums likely wouldn’t increase because of these claims as they are not at fault and the insurance company would likely be able to recoup the cost of the claim from the airline.

Klements said United Airlines is already working with him to deal with the damage. He said someone from the airline contacted him Sunday morning asking for photos of the damage.

Klements hopes the airline appreciates the depth of the loss and considers replacing the truck, as a payout for the car’s value likely wouldn’t allow him to buy the same model.

“I’m not trying to get half a million dollars out of them or something. All I want is something to replace my truck,” he said.