Gov. Jared Polis said one thing and did another. Colorado's governor seized control of federal COVID-19 relief funds after saying the legislature would manage them. 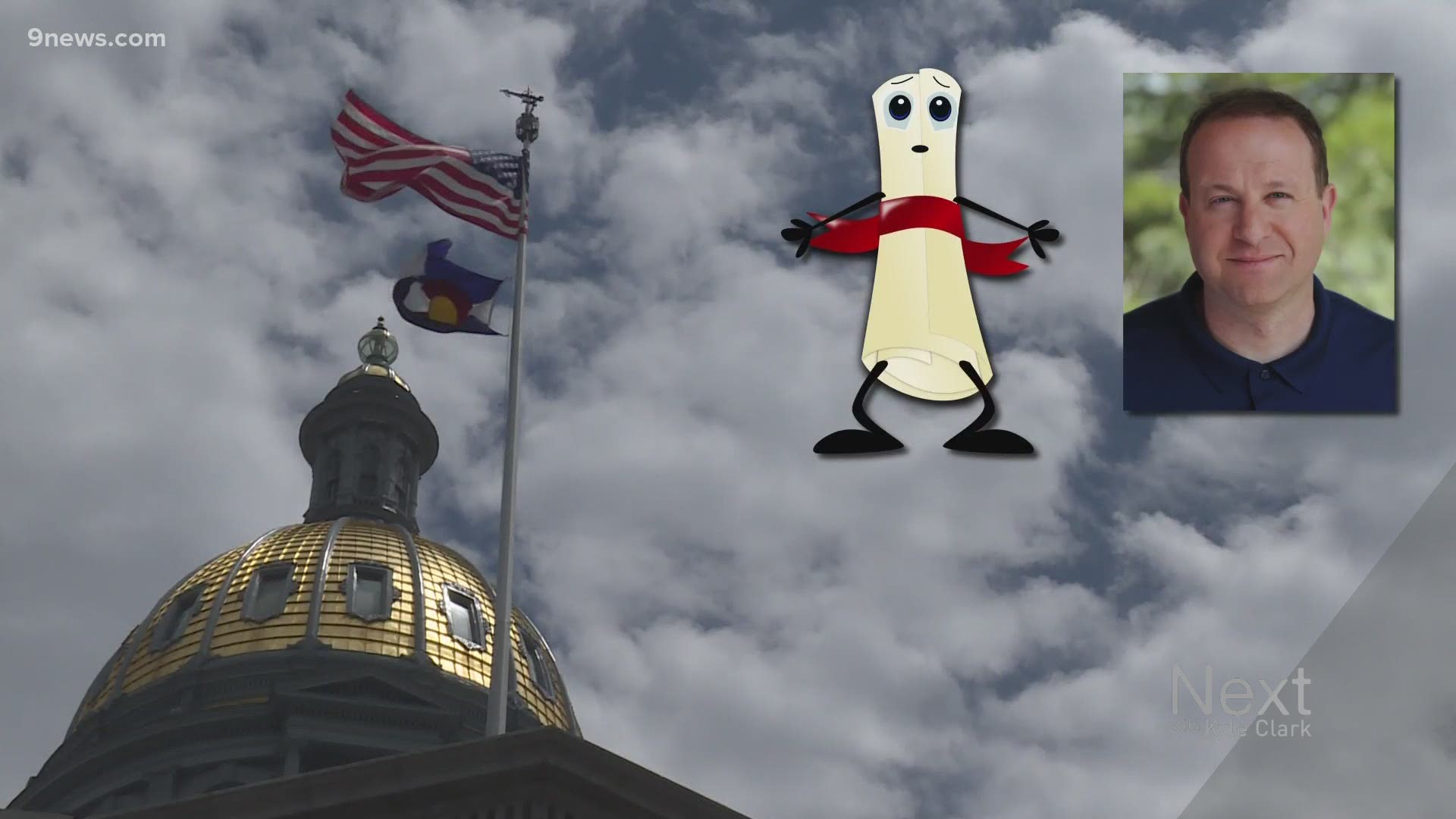 When that letter came up in a press conference on April 17, Polis said the legislature would manage the money.

"Look, Scott. You used to be in the state legislature. You know how this works," Polis said of the money. "The legislature has the power of the purse. The [Joint Budget Committee], the members of the legislature are going to work through this. And that means they're going to have their competing interests that they're going to need to balance. They're going to be hearing from their mayors and their counties saying we need help. They're also going to be hearing from school districts and others that get funded by the state, saying, 'Wait a minute. If you're sending money there, it means there's less money for schools.' That's the work that we do in representative government. We, of course, look forward to working with the [Joint Budget Committee] and with the legislature."

Now, in mid-May, the governor has changed course.

Using Executive Order 70, Polis allocated the CARES Act emergency COVID-19 funding from Congress, totaling $1.67 billion, one month after saying the legislature and the Joint Budget Committee would handle that money.

Monday night's executive order spelled out how the $1.67 billion would be split among state departments.

A snapshot of some of the spending:

Colorado's budget is normally passed by the legislature after the governor provides a road map. Normally, the governor would present a budget proposal in November to the six lawmakers who make up the Joint Budget Committee (JBC). The JBC would then take that proposal and recommendations from each department in the state (e.g. Education, Higher Education, Public Safety, Corrections, Health and Human Services, etc.) and decide what money goes where. In March, the JBC sends the finalized budget called "The Long Bill" to all 100 lawmakers. The House gets one week to debate, add and subtract, and then the Senate does the same. Ultimately, the governor is presented a budget to sign, veto or line-item veto, meaning he can subtract certain items, but he can't unilaterally add money.

That's, essentially, what Polis did on Monday night, with little to no notice to the JBC members.

Some Democrats did, however. House Speaker Rep. KC Becker, D-Boulder, and Senate President Sen. Leroy Garcia, D-Pueblo, were both quoted in the governor's news release.

"I actually had a call from the governor, just about the same time the press release came out," said JBC member Sen. Bob Rankin, R-Carbondale.

Rankin thought he was calling about a waiver requested by Garfield County.

"It was a shocker to me, and I reacted by saying, 'Governor, you told us that the legislature and the JBC would be in control," said Rankin. "He said that we didn’t have time to wait for the legislature, we had to get the money out."

"We probably should have been consulted," said Ransom. "The executive and legislative branch should be coequal branches of our state government, and so I thought it was appropriate that it would have gone through the legislature."

"The CARES Act legislation, as it’s written, I would say, is ambiguous on who has the ability to allocate that funding," said Moreno. "The CARES Act funding was never going to solve all of our issues anyway, so in a lot of ways the governor perhaps did us a favor."

The funding allocated by the governor is required to be used by the end of 2020. Colorado's budget year goes from July 2020 to June 2021.

"Sometimes, the actual letter of the law or the nuance of who gets to spend the dollars, sometimes those things are sacrificed in the goal of getting the money out and getting the relief to Coloradans," said Moreno.

The CARES Act money also has to be used to "facilitate compliance with COVID-19-related public health measures." It's fairly broad. That money will likely help departments like K-12 pay for laptops and iPads for students, online technology and additional cleanings of school buildings, funds that could become new normals for future budget years that the JBC must figure out how to pay for.

"We hope that in the future we’ll be able to really help figure out how to best allocate those funds, but where those funds are going are exactly where they are needed right now," said JBC Chair Rep. Daneya Esgar, D-Pueblo.

Looking at the big picture and whether there's a check on the governor's check-writing ability, lawmakers won't be back in session until Tuesday, and it's not clear if they could undo his actions even if they wanted.

"I don’t believe we do because we actually are in a state of emergency right now and the legislature’s not in session," said Ransom.

"We are going to be working on measures, perhaps legislation, to really make sure that that accountability exists," said Moreno.

Next with Kyle Clark asked the governor's office what changed between his comments one month ago and his executive order on Monday.

“This global pandemic has created unique challenges for hardworking Coloradans and our local communities so there is no time to waste. And we need to go on learning and living and the Governor is helping us get back to something as close to normal as possible. The Governor acted quickly and urgently to get the CARES act money out the door to our local communities and schools, and was proud to work with legislative leadership in announcing the money going out. This much needed funding will quickly support the State’s strong response to COVID-19, help parents return to work by ensuring rural, urban and suburban schools and local governments have the tools they need to adapt to this new reality, and provide a much needed boost to economic activity in Colorado. The administration works closely in a bipartisan way with the federal delegation and legislative leadership to help the state respond to the challenges created by this pandemic.”

As far as Tipton, a member of that federal delegation mentioned in Polis' statement, he criticized the governor in a statement on Tuesday, saying, in part:

“Governor Polis’ executive order directly contradicts what he previously told me. In April, I wrote to the Governor asking him to address rumors on his plans for the state’s share of the CARES Act relief funds. He criticized me for questioning the potential use of the funds, said I did not understand how the state budget process works, and said the legislature not the governor would decide how the funds were spent. Now he has unilaterally through an executive order decided how he would use the funds. Either the Governor has forgotten his own accounting of how the state budget process works, or his response in April was an effort to deflect and distract from the question of if he would distribute the funds to local governments for COVID related expenses, as so many have requested. Nothing about this executive order is collaborative or bipartisan, and local officials I have heard from-on both sides of the aisle-have expressed frustration about being kept in the dark. I hope the Governor has answers to the questions our communities will undoubtedly ask about the use of the relief funds.”