After Wednesday's State of the State, Marshall Zelinger spoke with Gov. Jared Polis about Colorado's unemployment mess and why we don't have a vaccine booking site. 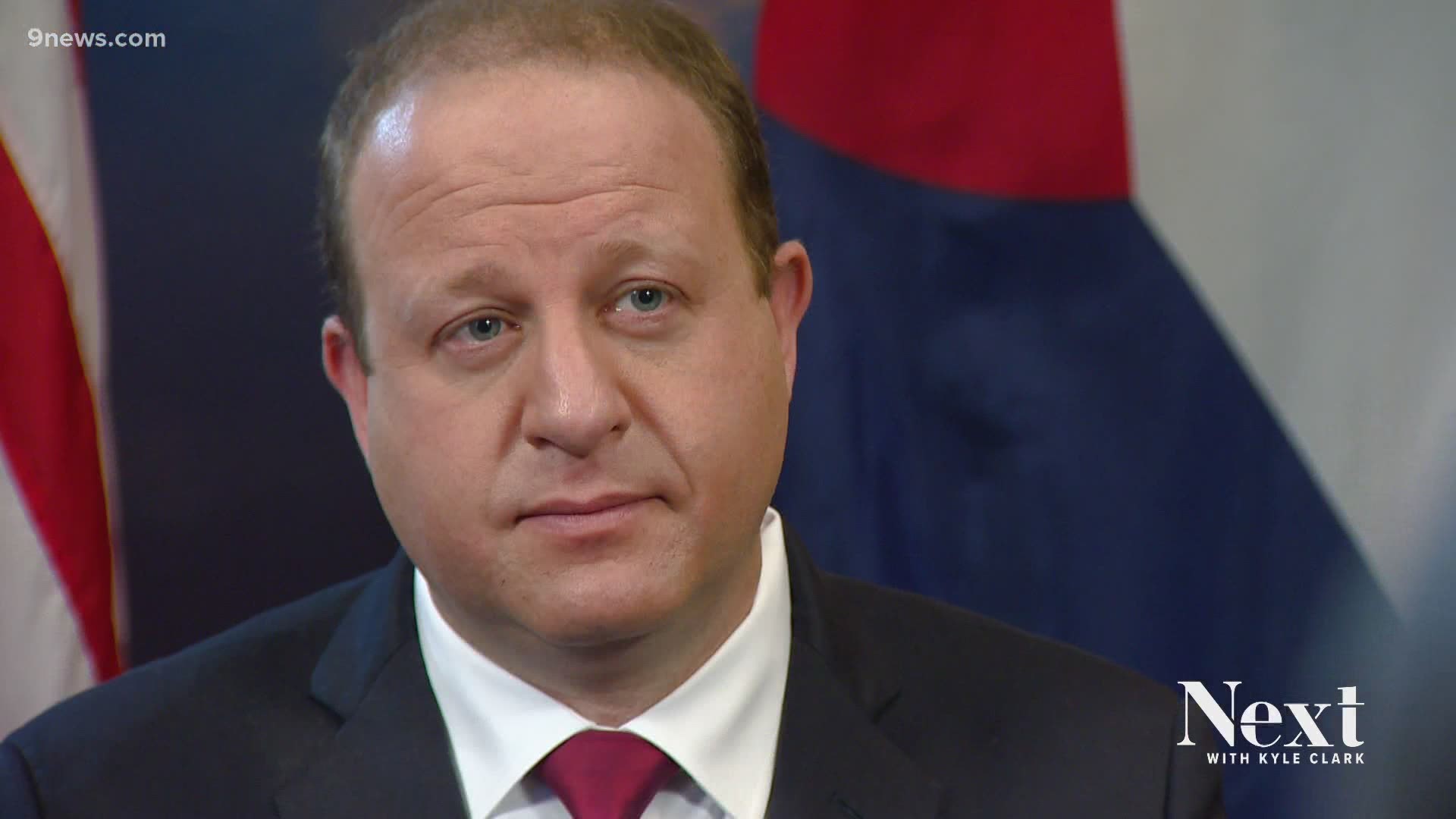 DENVER — Unemployment issues that so many in Colorado are dealing with must be solved because unemployment was not brought up during the annual state of the state address given by Democratic Gov. Jared Polis on Wednesday.

Polis discussed the percentage of those 70 and older who have received vaccines. He laid out his agenda for the 2021 legislative session. He did not mention unemployment once.

Last week, the Deputy Director of Unemployment Insurance told a legislative committee, "It's not without its challenges, but overall it's a thoroughly significant success."

In an interview with Next with Kyle Clark following his speech, Polis didn't say 'yes' or 'no' when asked if he felt it is a "thoroughly significant success."

"First, I want to make sure that people who have [unemployment insurance] benefits, they will get those benefits. This is not a question on anybody missing out on benefits," said Polis.

He went on to say something similar to what he told the Colorado Municipal League last week -- that eligible claimants will be made whole and receive what they're owed, even if the payments are delayed.

"I said that's little consolation to people knowing that they will get everything they're owed, but they're going to get it three or four weeks late, because what do you do in those three or four weeks, when rent is due, it's very, very difficult. It's not in any way belittling that, but it's important to point out, you're not talking about anybody losing their benefits, they're delayed a matter of weeks and that's tough on a lot of Coloradans who are out of work."

He said the upgrade to outdated technology will help long-term, especially with changes Congress makes to federal unemployment benefits.

"Those will be able to be entered into the system in a much more rapid fashion, to make sure that benefits get out quickly, but I also want to make clear, nobody will lose any benefits that they've earned. They will all get the full amount that they deserve," said Polis.

When asked who's been held accountable for the failures with the unemployment system, the unspoken answer was no one.

"This is a large rebuild of the system that came at an inopportune time, in the sense that there's no opportune time for something like this. But to deploy it, the new system in the middle of a crisis, at least for going forward, we'll have a functional system where new changes can be implemented rapidly and checks can go out quickly," said Polis.

He didn't blame any one person.

"When you migrate systems, it's always a difficult transition for a few weeks. It would have been worse to delay the transition because then we would be delayed with a new round of checks that will go out in March," said Polis.

During his state of the state address, he mentioned that 60% of 70+ year-olds have been vaccinated. His goal is 70%.

However, those 70 and older are now competing with a larger pool; 65-to-69-year-olds, teachers and childcare workers. If the state can punish a pharmacy for vaccinating people who aren't yet eligible, why not require those pharmacies to prioritize people aged 70 and older?

"There's no perfect way to do it, but we would rather have frustrated people who wait a week or two than not enough people to take every available vaccine every day that we run a clinic. We'd rather get every vaccine into an arm even if it's a 67-year-old or 65-year-old than wait until that last 20 or 30% of people over 70 get it," said Polis.

"Vaccine hunters" are now creating websites that scrape pharmacy sites to create a one-stop-shop for vaccine appointments, which is something that the state is still not interested in getting into.

"The state could, but I think that the procurement laws of the state would probably mean it would take months and millions of dollars, so it's much better that volunteers have stepped up and got it done. It's very simple technology," said Polis.

RELATED: Biden on track to blow past goal of 100 million shots in 100 days

RELATED: Here's how to remove yourself from COVID vaccine waitlists