Polis emotionally responds to comparison between Nazism and stay-home orders

Colorado Gov. Jared Polis was choked up after he was asked about people who compare COVID-19 stay-home orders to Nazism. 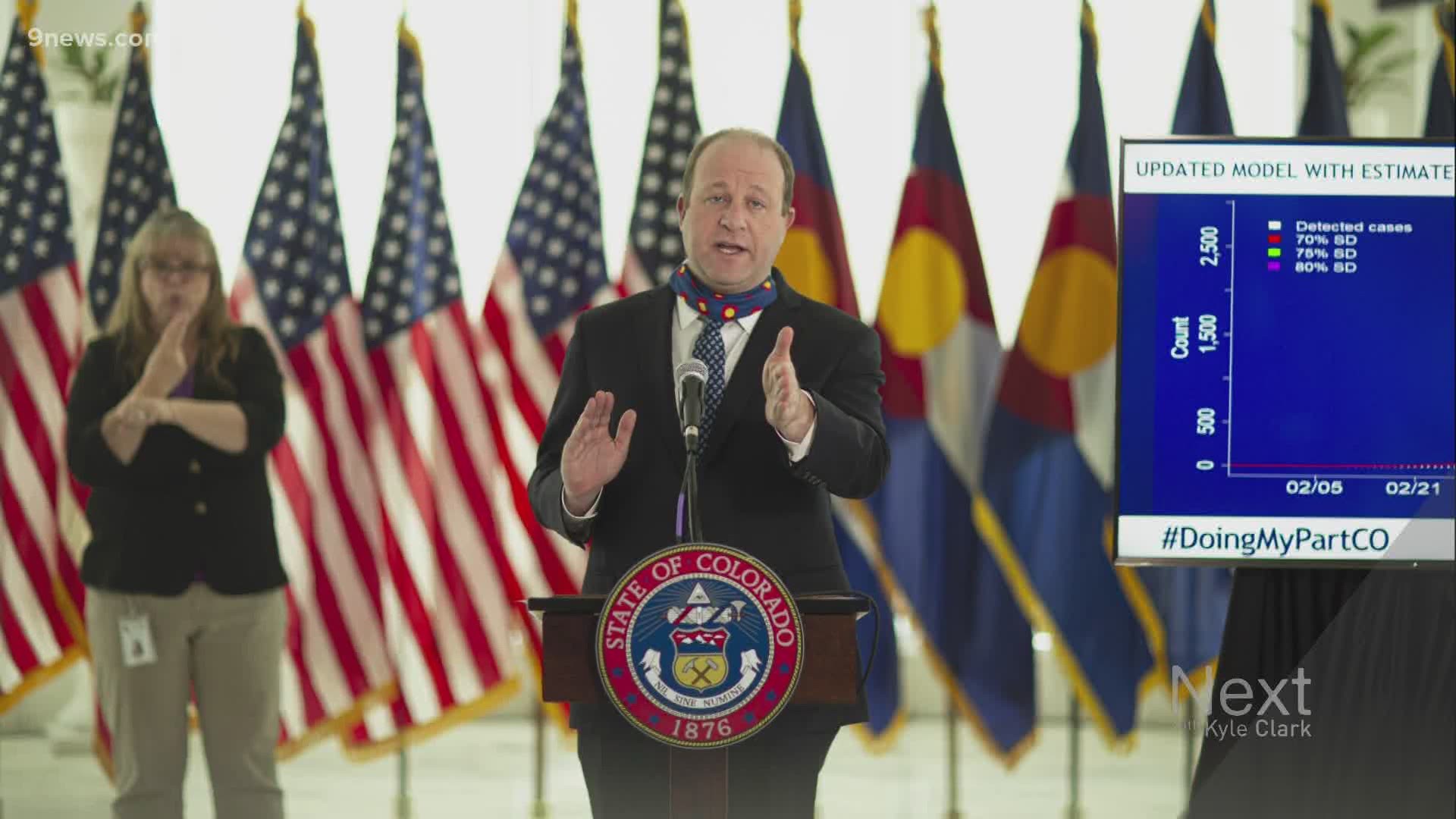 DENVER — Colorado Gov. Jared Polis (D) became visibly upset during a Wednesday news conference when he was asked about people who likened the stay-home orders to Nazism.

“Well, first of all, as a Jewish American who lost family in the Holocaust, I’m offended by any comparison to Nazism,” Polis said, replying to a question from a Grand Junction Sentinel reporter who asked about the rhetoric from critics who disagree with the orders.

Polis, who is Colorado's first Jewish governor and the first openly gay governor in the country, fought back tears as he continued his answer:

“We act to save lives – the exact opposite of the slaughter of 6 million Jews, and many gypsies and Catholics, and gays and lesbians, and Russians, and so many others. That being said, we know that these steps are difficult, and it’s not a contest to see what you can get away with. It’s a contest to see how well you can stay at home. By not staying home, by having parties, by congregating, you’re not sticking it to the government. You’re not sticking it to Jared Polis. You’re sticking it to yourself, because you’re putting yourself and your loved ones in jeopardy, and you’re prolonging the economic pain and difficulties that your fellow Coloradans face. Now’s a time for us to act with unity, to act together, to be able to do the best that we can to stay at home except when absolutely necessary, so that we can open up sooner rather than later, so that we can have more freedom quicker rather than later, and that we can create a sustainable way for us to get by as a state and as a country.”

Credit: Chris Hansen
Colorado Gov. Jared Polis (D) as he listens to question on Nazism during a news conference on 4/15/20.

On Thursday the Anti-Defamation League Mountain States Regional Director Scott Levin said, "The comparisons of the stay-at-home order issued by Governor Jared Polis to the abhorrent actions of the Nazi regime are baseless and downright offensive. The actions taken by Governor Jared Polis are intended to promote public health and safety and to save the lives of Coloradans. We urge elected officials and all Coloradans to stop using inaccurate Nazi analogies when expressing frustration and disagreement over current public policy. The analogies demean the lives and memories of the millions who suffered at the hands of the Nazi regime."

Among Polis' critics have been Colorado House Minority Leader Patrick Neville (R), who said stay-home orders issued because of COVID-19 lead to a "Gestapo-like mentality," and Republican State Sen. Jerry Sonnenberg, from Sterling, who wrote in an op-ed that the orders are like communism.

Also Wednesday, the governor said the state will be closely analyzing data over the next five days to determine whether COVID-19 cases in Colorado have begun to trend downward, or if the state is in the middle of a plateau.

Reopening the economy will also require additional testing for the novel coronavirus, according to Polis. He said Colorado is increasing its epidemiological staff, as well as regional monitoring to determine if stay-at-home orders should be implemented on municipal levels based on where outbreaks occur.

Colorado’s stay-at-home order is currently slated to be lifted on April 26.