Our state's plan to redraw our political map without politics has run into a snag. 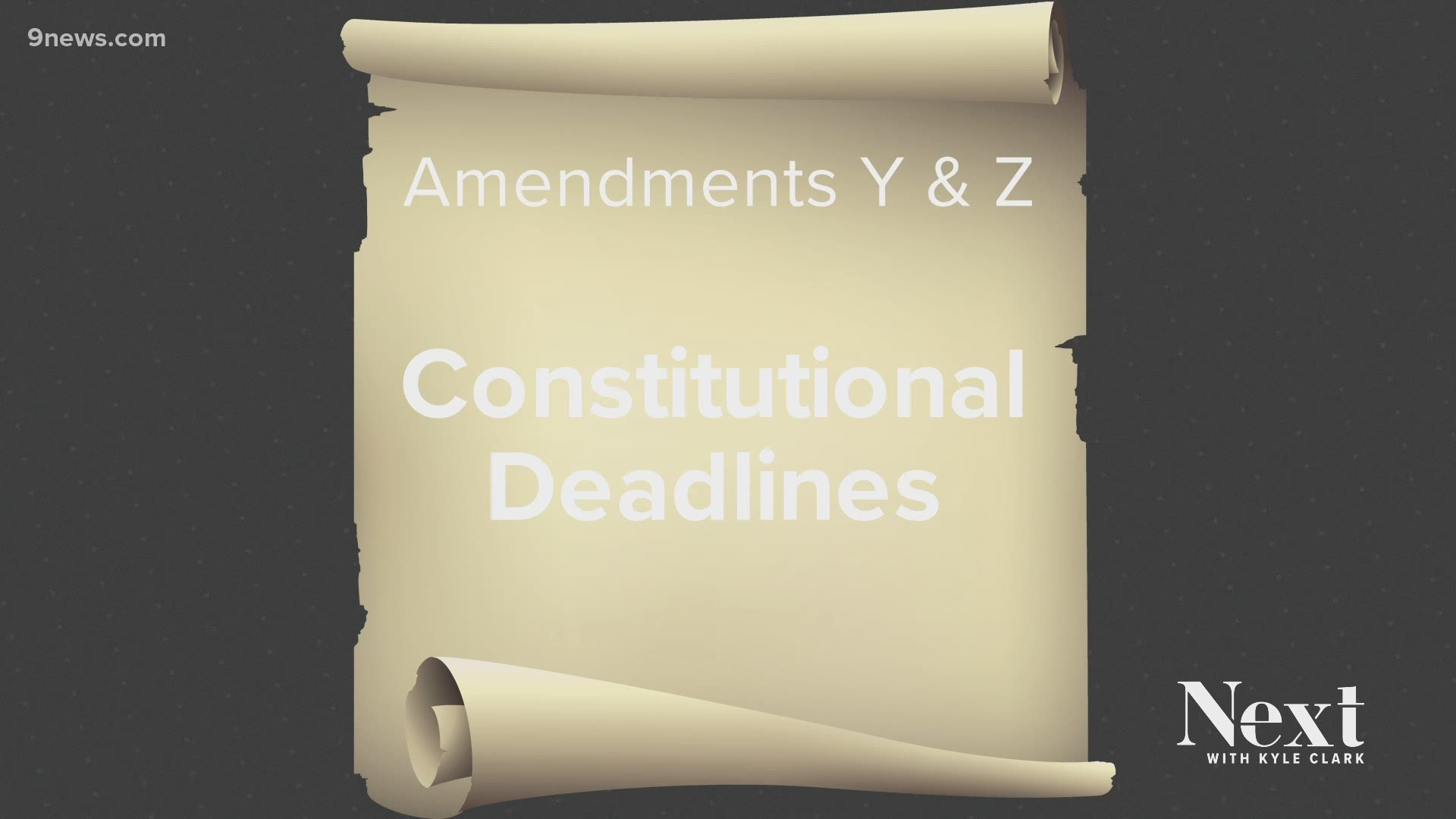 COLORADO, USA — Taking the politics out of political redistricting isn't as easy as Colorado voters intended.

In 2018, voters passed Amendments Y and Z, creating independent commissions to draw the district boundaries for the Colorado Congressional Districts map and the state's House and Senate districts map.

Districts are supposed to be drawn compactly and with similar populations. Sometimes they've been drawn in meandering ways to favor one political party over another.

Since they were amendments, the timelines are now set in the Colorado Constitution.

RELATED: Amendment Y passes: Redistricting in Colorado will be handled by an independent 12-member commission

The problem is, a delay by the U.S. Census Bureau could mean the deadlines don't get met.

In that case, it might not be an independent commission that draws the new boundaries that will be in place for the next 10 years.

"We have heard from the United States Census Bureau, that the data necessary for us to do the actual redistricting, the population and demographic data down to the Census block level, will not be provided to the states prior to July 31," said Jeremiah Barry, the attorney for the Colorado Independent Redistricting Staff.

The first six of 12 Congressional Redistricting Commissioners were picked through a random draw on Monday, utilizing three rotating drums filled with numbered bingo balls. The numbers corresponded to a list of Republicans, Democrats and unaffiliated applicants. Two Republicans, two Democrats and two unaffiliated applicants, representing different Congressional Districts in Colorado were selected at random. The remaining six commissioners will be picked by March 1.

The timeline for the House and Senate Redistricting Commission follows behind by two weeks.

For the Congressional District Commission, there is a July 7 deadline to have held statewide public hearings to review a first draft of a district boundary map.

The deadline for the House and Senate Redistricting Commission public hearings is July 21.

"July 31st is the earliest will get (the U.S. Census Bureau) data, so no, the commission and staff will not be able to meet that July deadline," said Barry.

In an update last week, the U.S. Census Bureau anticipated that it would be able to provide states with data to determine if they gain or lose a Congressional District seat by April 30. The original deadline was Dec. 27. The U.S. Census Bureau planned to get the redistricting data to the states by July 30, but the recent update said TBD.

RELATED: Census Bureau director to resign amid criticism over data

Colorado is projected to receive an eighth Congressional District seat, but that won't be known until April 30.

A section of Amendments Y and Z did give the commission some flexibility in changing some of the deadlines for "if conditions outside of the commission's control require such an adjustment to ensure adopting a final plan as required."

However, there are some firm deadlines dealing with the Colorado Supreme Court that don't appear as flexible.

There are deadlines on Sept. 1 and Sept. 15 for each commission to adopt a plan and send it to the Colorado Supreme Court for review.

"We are, at least, looking at ways to tell the Colorado Supreme Court, 'look, we can't get a plan to you in time to consider by November 1, what do you want us to do?'" said Barry.

"I don't know how anyone could have predicted a global pandemic that pushed back the Census data, and all of the litigation that arose during the Trump administration about getting the Census taken," said Christopher Jackson, an appellate law attorney.

Since voters approved the language for an amendment to the Constitution, instead of a proposition that would adjust state statute, there is little wiggle room.

"When you get a deadline that's put into the Constitution, it means the General Assembly doesn't have any power to change it," said Jackson. "The Supreme Court, just like every other part of the Colorado government, is bound by the state Constitution."

There is a provision in Amendments Y and Z that allows for a commission staff plan to be submitted for approval instead of a commission-approved plan.

"If for any reason the commission does not adopt a final plan by the date specified…then nonpartisan staff shall submit the unamended third staff plan to the Supreme Court," the amendments read.

"That provision was put in, in what would hopefully be an unlikely scenario, in that the commission was never able to get eight votes in favor of the plan, and those eight votes must also include two of the unaffiliated commissioners," said Barry.

What happens if the commission still hasn't gone through a first or second draft, and there is no third plan to submit?

"I think the worst-case scenario is, the Colorado Supreme Court has to hear a case where the situation just wasn't contemplated by the amendment, and the court, itself, has to figure out how to fill in those gaps," said Jackson.