It was all lost because of two steps. 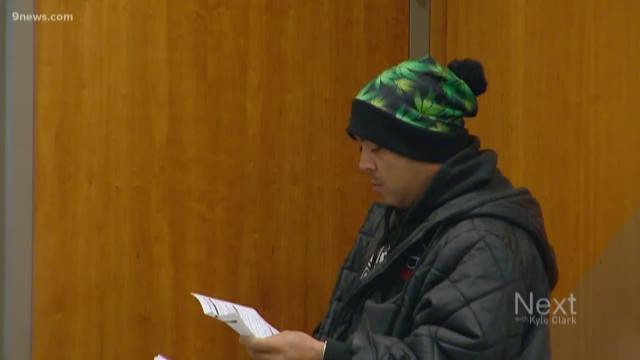 Bobby Reginelli fell to the ground in despair on Tuesday morning, when he realized he wasn't the first in line to get a permit for Denver's 420 rally. Application No. 1 was snatched up by a guy named 'Smokey.'

Reginelli, along with 40 staff members of the Euflora marijuana dispensary had been camping out at the city's office building for 27 days trying to get that permit.

"We are freezing and getting through the night," Reginelli said.

The dispensary's near month of hard work vanished in a matter of seconds.

"We were probably beaten by two steps," Reginelli said.

So what exactly happened? According to Reginelli, they were directed to stand outside of the wrong door at the Wellington Webb building.

Michael Ortiz, also known as 'Smokey,' was able to get inside before the Euflora team.

At the end of the day, Reginelli said they were beat.

The city said they will look into what happened with the door situation.

In the mean time, Smokey now has a big to-do list by the end of the year, including a trash plan and security setup. Tuesday's process only guaranteed a temporary permit. If all requirements are met, the city will give out the official permit a few weeks before the event.

Organizers appeal decision to ban their 420 rally in Denver

Why a think tank in the suburbs, the Centennial Institute, petitioned against 4/20 rallies in Denver