The power behind representation: A CU Boulder professor advocating for racial equity

Dr. Jennifer Ho said she felt valued and reassured after bringing concerns to leadership regarding the exclusion of AAPI students/faculty in their strategic plan. 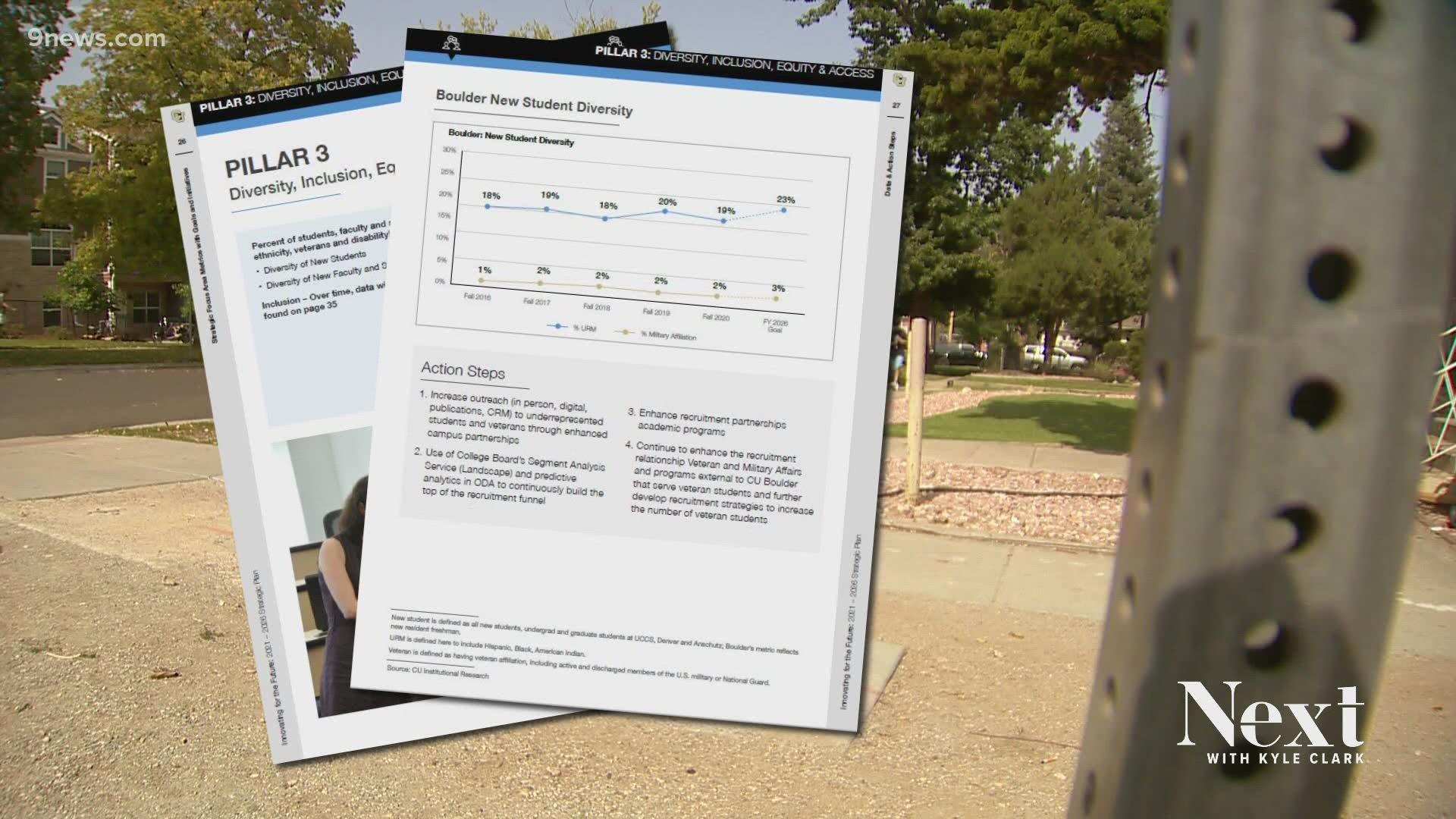 BOULDER, Colo. — On a campus with more than 30,000 students, representation matters. Ethnic studies professor Dr. Jennifer Ho takes those two words seriously. Dr. Ho said she is one of those professors who read through the university system strategic plan, "which I get, not everyone is going to do," she said. Being a critical race and ethnic studies sHolar, she was excited to see the third of the four pillars is centered around diversity, inclusion, equity and access.

Then she starts to look at the fine print. "again, not everyone reads the fine print," she said. "And I was like, oh wait a minute. I'm not here."

Included in the underrepresented minority faculty were Hispanic, Black and American Indian staff but, Asian Americans or Pacific Islanders were not included.

"It is a problem that Asian people are not included in Pillar 3, so I said something."

Dr. Ho said the response from university system leadership, faculty, staff and even students was overwhelmingly reassuring and positive. "At different institutions, it was always hard to be taken seriously, or you would have people say 'yes...but'."

That was not the case with the University of Colorado. Dr. Ho said she was blown away by the President of the University; Todd Saliman wanted to meet with her.

"He emailed me on Wednesday, we had a conversation on Thursday night," she said. "I was fulling expecting to hear him say yes, but and instead he said 'yes and'', like 'yes, and what we could we be doing to address Jennifer's concerns that Asian Americans were left out?' "

In a statement provided to 9NEWS, President Todd Saliman said:

“Professor Ho provided important feedback to the strategic plan that will help make it stronger, and I am grateful for her insight. She was right to identify the omission, which we will correct.”

UPDATE: I just got off a zoom call with CU System president Todd Saliman. He was generous and gracious and wanted to hear my concerns and to make sure Asian American ppl in the CU system were seen and not excluded. There will be an edit to Pillar 3 1/ https://t.co/dxxKaWnGdG

"It would’ve been easy for him to say this didn’t happen over my leadership, but he didn't," Dr. Ho said. "I was very pleased." Dr. Ho said there would be adjustments to Pillar 3, but those changes are still in the planning stage and will likely take time.

"The position of Asian Americans in higher education is very complex," she said.

The boxes of people who identify under the AAPI umbrella are limited on most ethnic data collection forms, including higher education.

"This isn't an Asian American issue, this is an equity issue," she said. Dr. Ho spoke to 9NEWS about the importance of de-aggregating data in all racial groups, not just for Asian Americans.

"If we’re just taking the aggregate as a whole, Asian Americans do not have an achievement gap in education the way that Black, and Latinx, Latina, Latino and Indigenous students do," she said.

Once you further break down data within the AAPI demographics, things change.

Better demographic data breakdowns could help address the varying needs of different people from different backgrounds beyond race and ethnicity.

As president of the association of Asian American studies, ethnic studies professor, and an Asian American herself, Dr. Ho said she has a personal stake in advocating for these changes. Still, she thinks this is something all people can care about as well.