Dennis Prager said on his show that he wanted to catch COVID. 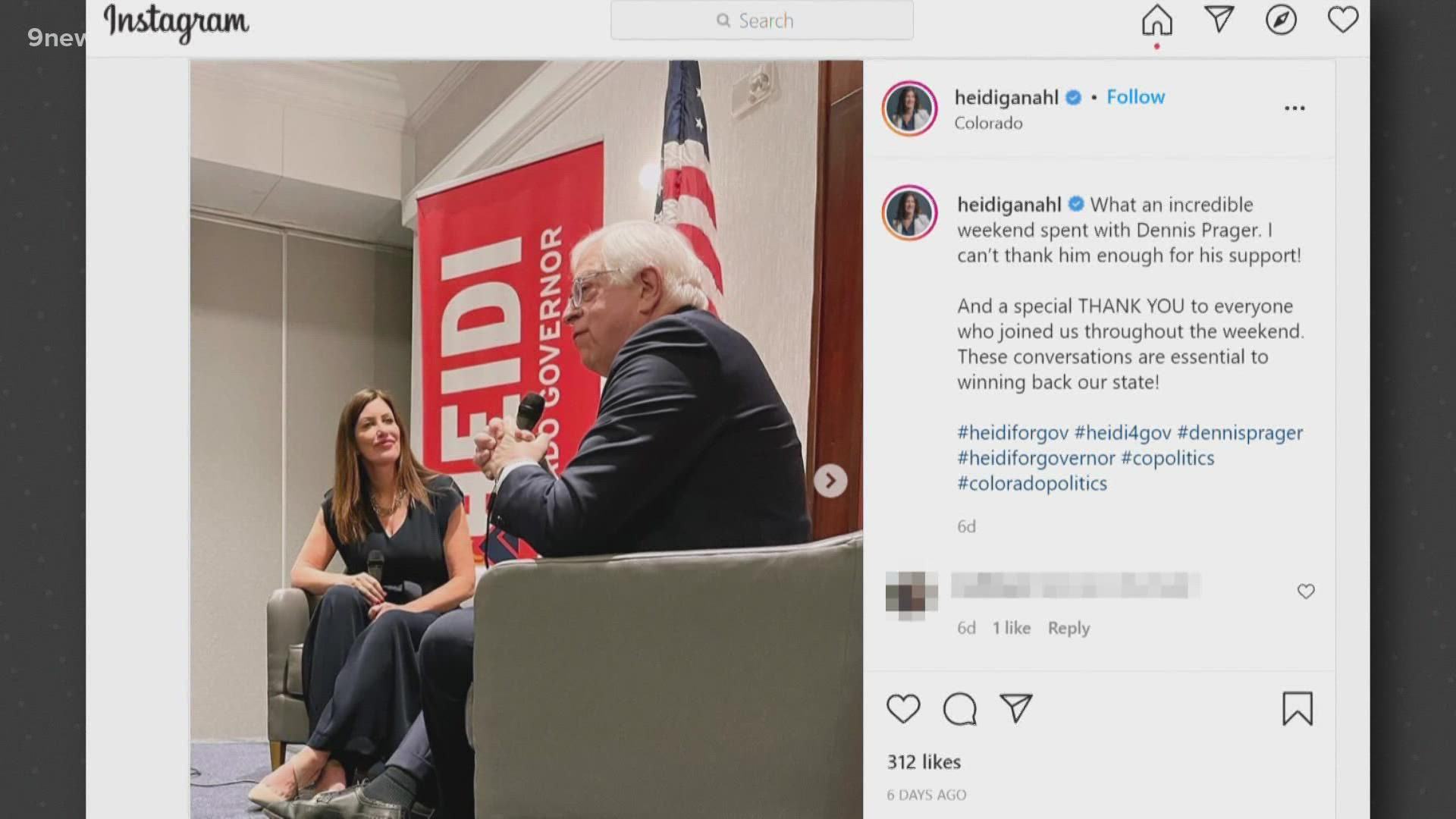 “I’m broadcasting from my home because I’m not going into the station, as I have COVID,” Prager said on the national show posted to YouTube on Monday.

Prager said he took a COVID test last Wednesday after feeling ill. He also told listeners he wished to get COVID to achieve natural immunity.

“That is what I hoped for the entire time,” he said. “I engaged with strangers, constantly hugging them, taking photos with them, knowing that I was making myself very susceptible to getting COVID – which is, indeed, as bizarre as it sounded.”

Among the events Prager attended was the assembly hosted by Ganahl in Colorado Springs on Oct. 10. Prager joined her to “discuss the future of Colorado.”

In a statement to 9NEWS, Ganahl’s campaign said they did not know he tested positive before Prager announced it on his show. They plan to contact people who attended the event:

“The campaign was not aware Dennis had contracted COVID until the announcement on his show," the statement read. "We have not been made aware of anyone who attended the event outside of Dennis’ inner circle getting the virus. We are reaching out to all those who attended to make sure they are informed. We encourage those who attended, and all Coloradans for that matter, to get tested and follow CDC guidelines if they experience any COVID-like symptoms.”

Ganahl's campaign confirmed to 9NEWS that she is vaccinated for COVID.

Prager said he missed his show Wednesday, Thursday and Friday because of COVID, but he feels he’s on the mend. He credited his recovery to a regimen of therapies, including ivermectin and hydroxychloroquine, which the Centers for Disease Control and Prevention (CDC) advises against.

Prager alleged the CDC's opposition to these treatments is because of corruption in the department.

"What I wanted in the hope that I would achieve natural immunity and be taken care of by therapeutics," he said. "That is exactly what has happened. It should have happened to the great majority of Americans. The number of deaths in this country owing to COVID is a scandal, which one day will be clear to Americans."

"I have walked the walk on this matter, and here I am."

RELATED: 'We have a crisis, a crisis of the unvaccinated': Polis pleads for more Coloradans to get vaccinated