Dave and Angel Caudle lived for three years in a work van to save money to purchase a property. 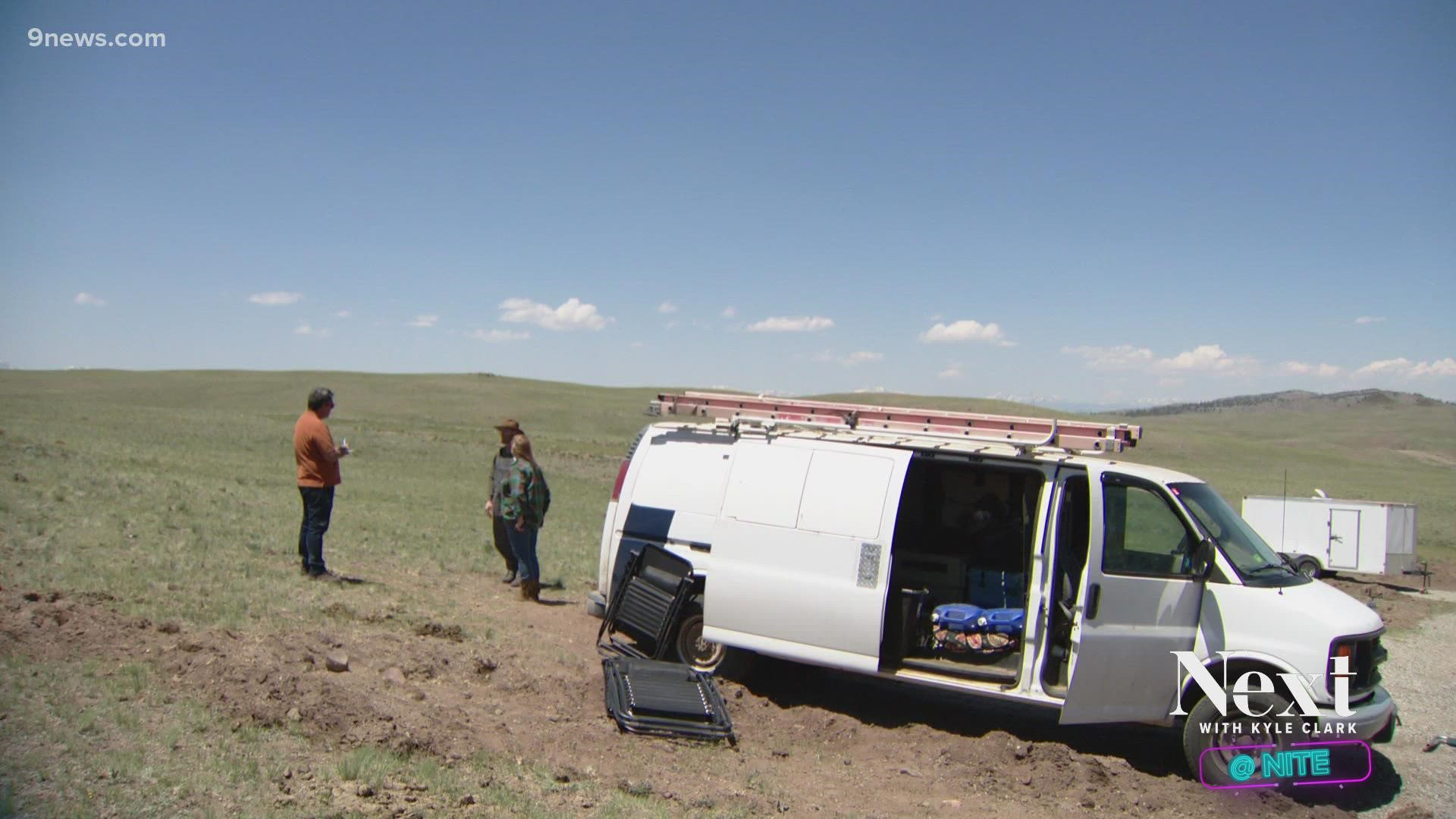 HARTSEL, Colorado — When their landlord told Dave and Angel Caudle that rent was going up at their apartment in Littleton, they decided to move out and join the movement known as the "van life."

"We had seen and watched YouTube videos on it, and we figured that we liked each other enough that we could live in a van together," Angel Caudle said.

The Caudles believe that living in the Denver Metro Area is becoming unaffordable for hourly workers. They were feeling priced out.

"I've always been a server or a bartender. My husband has always worked for irrigation companies and done sprinklers," Angel Caudle said.

They decided to move into a work van to save money and stop "spinning their wheels" in life by rolling on wheels as a home.

"As rents increased in Colorado, we knew our ability to save for down payments or whatever it might take to get a mortgage, that was slipping just further and further away," Dave Caudle said.

Van Lifers have been growing across the country. In 2019, the U.S. Census Bureau estimated 140,000 homes listed as boats, recreational vehicles or vans. In 2016, that same number was around 101,000. Social media posts suggest even more people joined the van life movement during the pandemic.

"Pay your rent. Go to work. Rinse and repeat. So many of my family members are doing that back East," Dave Caudle said. "We came out to Colorado to try to pioneer and do something different."

The Caudles spent three years living in different vans or trailers. They set up a bed, a portable stove, and carried all their belongings. They said the key is to look like a work van and stay away from neighborhoods. During the day, Dave Caudle said when they were not at work, they would hang out in parks near bathrooms with showers.

"You only have to find a place to be overnight and that's kind of the hard part," Dave Caudle said.

"We had plenty of times when we were a little fearful, but whenever we don't feel safe, we go," she said.

"The winters are scary to try to live in a van in Denver," Dave Caudle said. "Traumatizing. If you have wheels under you, it's probably best to go somewhere like Phoenix for the winter."

David Guajardo has been living with his girlfriend Lexi for three months in a van they renovated themselves. Complete with a California king-size bed, a small kitchen, storage space, a compact bathroom and an outdoor shower, Guajardo said they wanted to be free.

"We don't have to pay rent, which is really nice," Guajardo said. "I mean it just saves a lot of money there. Earning money on the way and just being able to spend money on what we want rather than spending it in housing."

Melanie Oesch lives in an SUV with her boyfriend. Oesch, Guajardo and their significant others are all friends from Ohio. They are living the van life separately but met up in Colorado.

"As far as finding places, it's really not too difficult. There [are] so many free places like free campsites and like (Bureau of Land Management) land," Oesch said. "So, it's been pretty easy to find somewhere as long as you're kind of away from the cities."

But, sometimes trouble finds you.

"Yeah, a deer just kind of came out of nowhere and smacked the side of the car," Oesch said. "We got really lucky cause nobody was hurt."

Credit: 9NEWS
Melanie Oesch lives in an SUV with her boyfriend. Oesch, Guajardo and their significant others are all friends from Ohio. They are living the van life separately but met up in Colorado.

The van life has grown so much, it is depicted in the movie Nomadland, which won the Oscar Award for Best Picture earlier this year.

"We all went to college. We graduated from college, like, within the last couple of years," Guajardo said. "I just didn't want to go straight in and start working 9-to-5 for the rest of my life."

Nomadland shares the story of people just trying to find work and survive while supporting one another.

"It takes a lot of the stigma off and I really appreciate that they were able to do that because I tell anyone that wonders about how my wife and I have been living for the last few years, watch that movie," Dave Caudel said. "A lot of places that are in that movie, we've been to. We've done the sugar beets. We drove to the Dakotas and Montana and work the sugar beet harvest one year, hard work."

But, in the mountains near Hartsel, the Caudles are writing their own ending.

"This year is really the first time that I felt like we weren't homeless," Dave Caudle said. "Van life is so akin to homelessness and it's a slippery slope that so many people end up homeless before they end up owning a property and building a home."

Over the three years, the van life helped them save up to $2,000 each month so they could buy land in a place where it's affordable with neighbors few and far between.

"We gave up our dream of buying a house down the hill," Angel Caudle said. "It just seemed like it was too much and too crowded and we feel happy up here where we're at peace and we can build this. Everything is going to be done by us."

While they are building a permanent home on their land, living wild and free at the end of their van life road, they are visited by kindred spirits. Free-range horses living on the land come by their property every day, according to the Caudles. This is a possibility they never thought possible while they struggled for years living in their van.

"This is like the best therapy ever," Angel Caudle said. "It can't get better than this."

RELATED: A giant boulder fell on a rural Colorado road. The town decided to keep it and make it a tourist attraction