The director believes they made history. 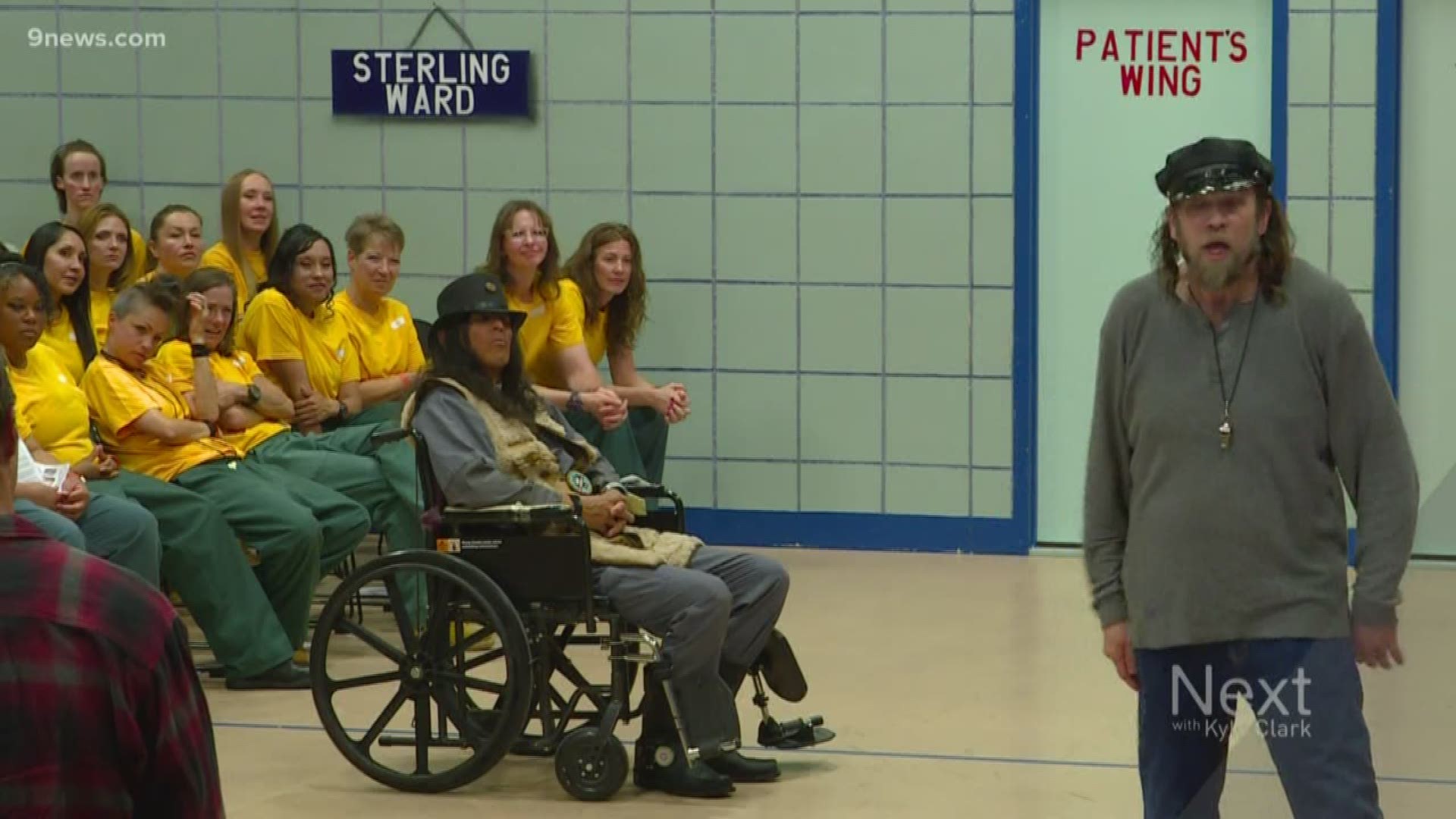 Male inmates from the prison in Sterling came to the women's facility to perform, and the group's director said their production of "One Flew Over the Cuckoos Nest" is the first time in America that a prison play has gone on tour.

“I didn’t convince them, they asked me," said the director, Ashley Hamilton.

Hamilton never thought going on tour would be a possibility with inmates, but she said the new Department of Corrections executive director suggested it.

“It’s so fantastic that we get to show that we are more than just criminals," said Brett Philips. "We’re more than our past and we can overcome a lot of the issues that we have and come together as a team and put on this ridiculously good performance."

Phillips is serving out a sentence for second-degree murder after he killed a man over money for meth.

"The majority of the folks in our cast are serving 25 years to life," Hamilton said.

“For folks who might have an immediate quick judgment around it, I would ask for you to maybe be open to that," she said. "There’s a lot of ways for healing in transformation to happen and this could be just one of them."

Hamilton never asks the inmates about their past, she just trusts they will use the show to create a better future.

“It’s very freeing to just be somewhere else," Phillips said. "When I’m doing this when I’m on stage, I’m not here. I’m not in prison. I’m anywhere else but here."

And their audience on Tuesday was transported, too.

Almost all of the inmates at the Denver Women's Correctional Facility attended the show.

“Lookit, I’m in a women’s facility doing a play," said Coy Dunn, who does props and dramaturgy for the show. "Never thought that would ever happen. Never."

Dunn is 10 years into a 40-year sentence for arson.

“They’re reminded of their crime every day by living in prison," said Hamilton, who hopes this play shows they are "complicated and complex" like everyone else.

Hamilton, who is also the director of the University of Denver's Prison Arts Initiative, is already working with the female inmates on the show, "A Christmas Carol."

She hopes to take that on tour this winter as well.