Are you sure you paid your property taxes, Denver? Check NOW

Some checks sent by Denver homeowners in February did not make it to their destination, and therefore weren't cashed. If that's you, you need to pay now. 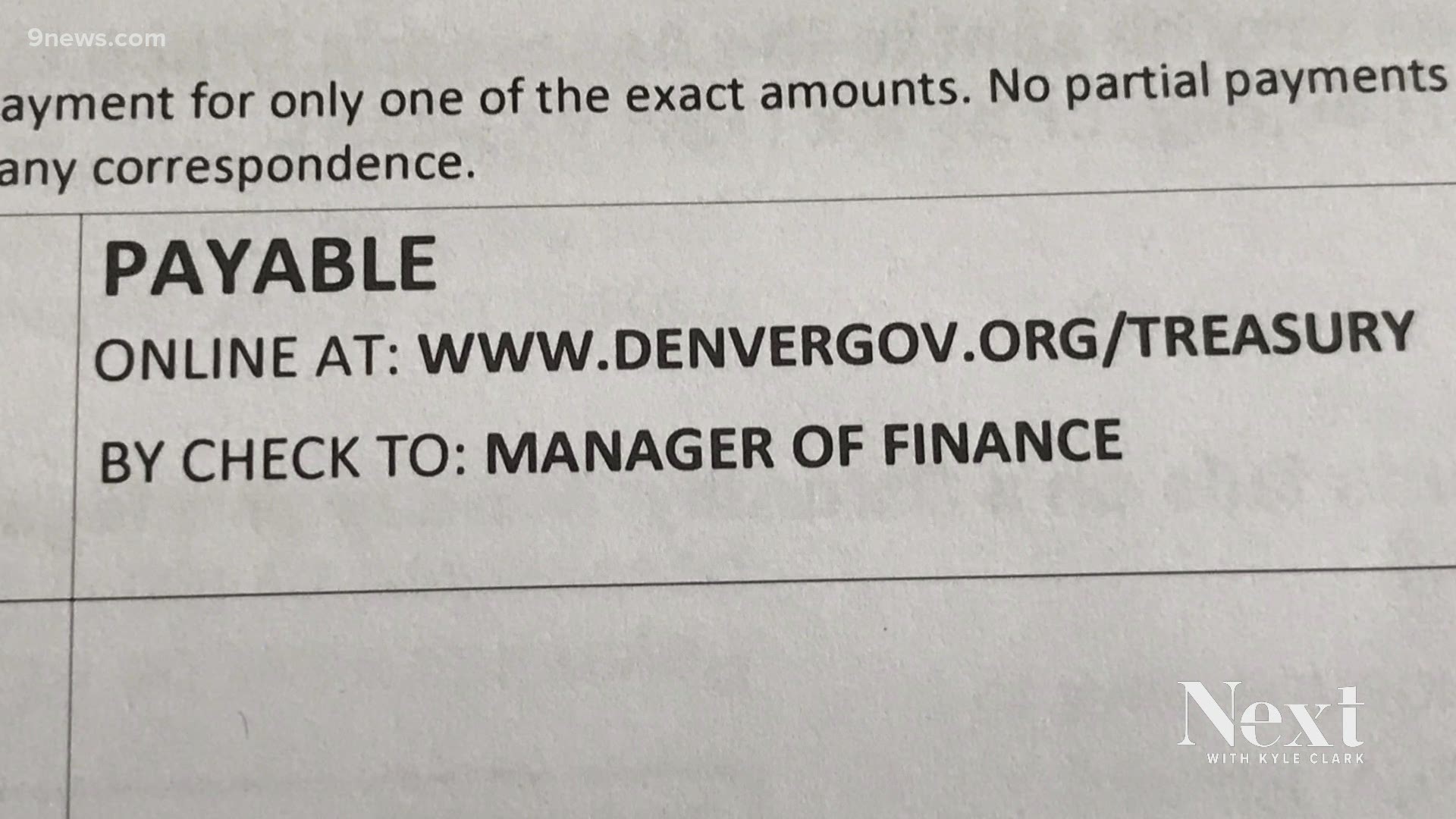 DENVER — Parks, neighborhood roads and schools rely on people paying their property tax bills, though some Denver homeowners, who mailed property tax checks months ago, have yet to see the money withdrawn from their accounts.

"There will be people who don't know that they haven't paid their property taxes yet, and the deadline is today,” George Zepernick said on Friday, April 30.

Zepernick sent in his $700 check on Feb. 2. Nearly three months later, it's still not cashed. He called the city to ask why.

"They told me that the property tax checks that had come in from Feb. 2 through the fifth had been 'misplaced,' was the word they used,” he said. "They said don't do anything, wait until around the deadline and see if we find them."

He’s not the only one dealing with this.

He called 3-1-1 in early March and was told to send a second check.

"They were very nice. They knew exactly what I was talking about. They said I'm not the only one," said Kornfeld." When I asked if I could just pay it online when they lost the check, they told me, 'no, don't do that because it'll charge you the interest because it'll calculate how much you owe us as of the day you attempt to pay online,'" said Kornfeld.

A property tax statement gives options to avoid interest. People can pay half by the end of February and submit the other half by June 15. People can pay the full amount by April 30, either online or by check.

"I guess we're just old school enough that that works for us, and it keeps our electronic footprint down a little bit,” Zepernick said.

His check and others get delivered to a P.O. Box, which is at the United States Postal Service (USPS) Distribution Center near 53rd and Quebec in Denver. From there, the check gets picked up by a courier, taken to an airplane and flown to a city's property tax bank in Texas.

Why Texas? The city's finance spokeswoman said that Chase Bank won the contract through a competitive bid process.

A spokesman with USPS provided Next with Kyle Clark with screenshots of courier sign-out sheets showing that mail from the P.O. Box was picked up the first week of February. There's no answer for what happened after that.

"There's over 225,000 statements that are mailed each year, and we're confident that it's a low amount of residents," said Denver Department of Finance Spokeswoman Kiki Turner. "If you were caught up within this first week of February dilemma, then we are encouraging property owners to reissue and mail a check, with the amount written, without any interest."

The city has provided a new address for people to use if they have an uncashed check from February, so that staff can manually remove interest.

City and County of Denver

The check has to be postmarked by Friday.

For homeowners that have their property tax payment made through escrow through their mortgage, it might be wise to double check your statements to make sure the payments have been made.

If this is a reminder that you haven't paid your property tax yet, it's not too late. You can mail a check to the P.O. Box listed on the statement or you have until 11:59 p.m. on Friday to pay online here.

If you sent a check in February and want to pay online, you will be charged interest, and will need to contact the Finance Department to get reimbursed.

As for the check you already sent, that will need to be canceled. The city is waiving interest for those who have missing checks but not paying the fees to stop payment on those checks.

"In the meantime, my old check is still floating out there," said Kornfeld.

"I wound up $30 in the hole through no fault of my own," said Zepernick.

"We will not be able to reimburse for the fees incurred from a bank, but we will not be charging interest on those actual tax payments,” said Turner.

RELATED: No appointment needed at Denver’s community vaccination sites. Here’s where you can get a shot.