Rogue kangaroo spotted in Pueblo was probably a deer, meaning the Colorado wallaby is still missing

A case of poor animal identification in Pueblo means the search for Surprise the missing wallaby is still on. 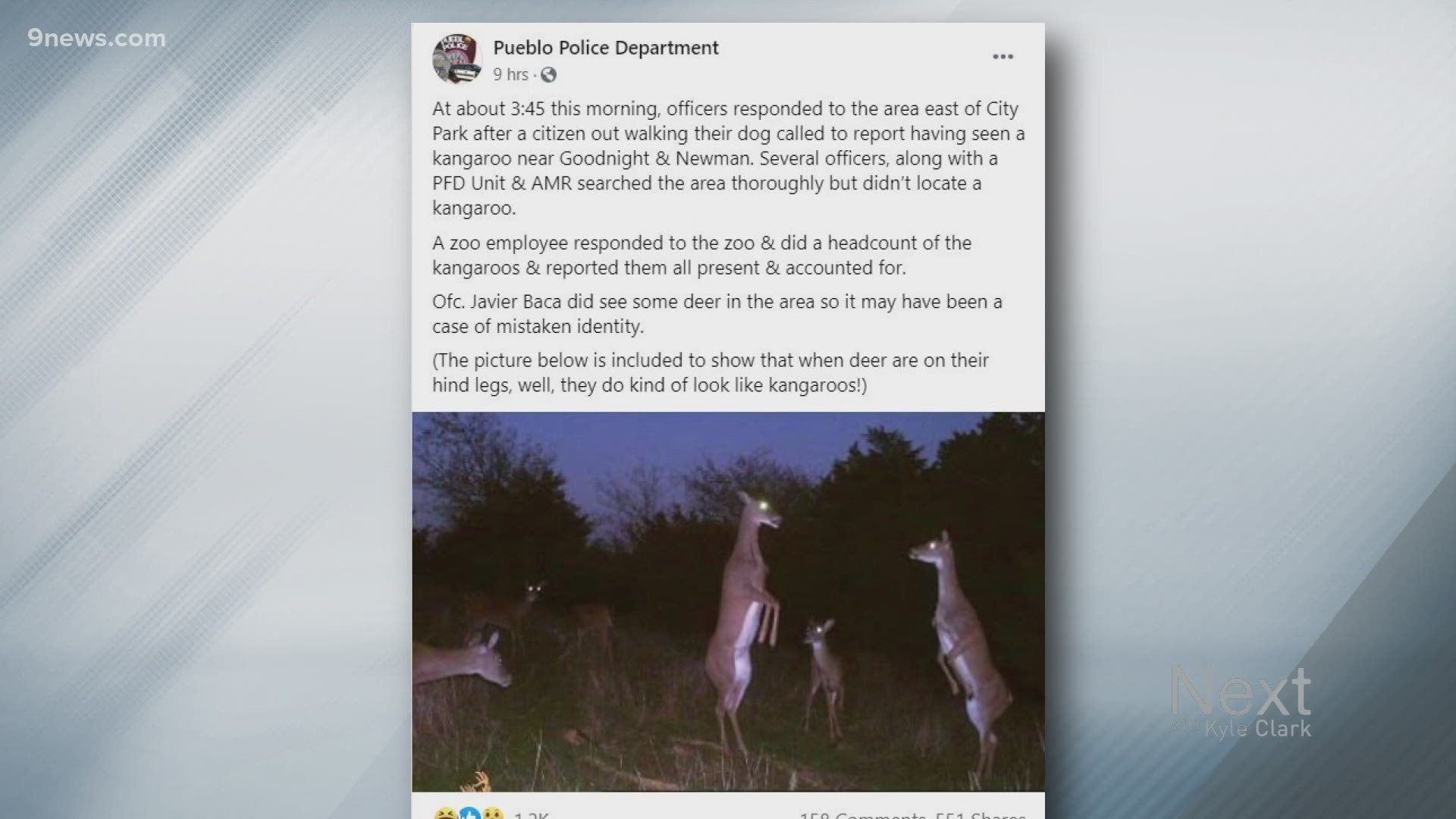 DENVER — While the wallaby missing from Larkspur has yet to be found, there is a very, very small chance that it was spotted in Pueblo this week -- and there is a very large chance that some people are not great at animal identification.

Police responded to a call near the City Park neighborhood of Pueblo around 3:45 a.m. Thursday. The caller, who had been out to walk their dog, said they spotted a kangaroo in the area, according to a Facebook post from the Pueblo Police Department.

Officers, firefighters and paramedics searched near Goodnight and Newman avenues, but never spotted a kangaroo. One officer did, however, see a group of deer, and the police department believes it was all "a case of mistaken identity."

In fact, they are pretty certain that was this person saw was simply a deer on its hind legs, and they posted a picture to social media for future reference.

Just to be sure, the Pueblo Zoo was contacted and all kangaroos are accounted for, which is a relief, because one missing marsupial is likely enough for this state.

The Zoology Foundation's 10-year-old wallaby, named Surprise, went missing in June. People have reported seeing Surprise in Conifer, in Aurora and near Denver International Airport. Someone even called from Arizona to report a missing wallaby.

Still, though, Surprise is missing.

RELATED: There's a wallaby on the loose, and it may be in Aurora

RELATED: 39 tigers, 3 bears from the ‘Tiger King’s' roadside zoo are now in Colorado