Janae Burris said even though “Queens Girl in the World" takes place in the '60s, it’s relevant for a 2021 audience. 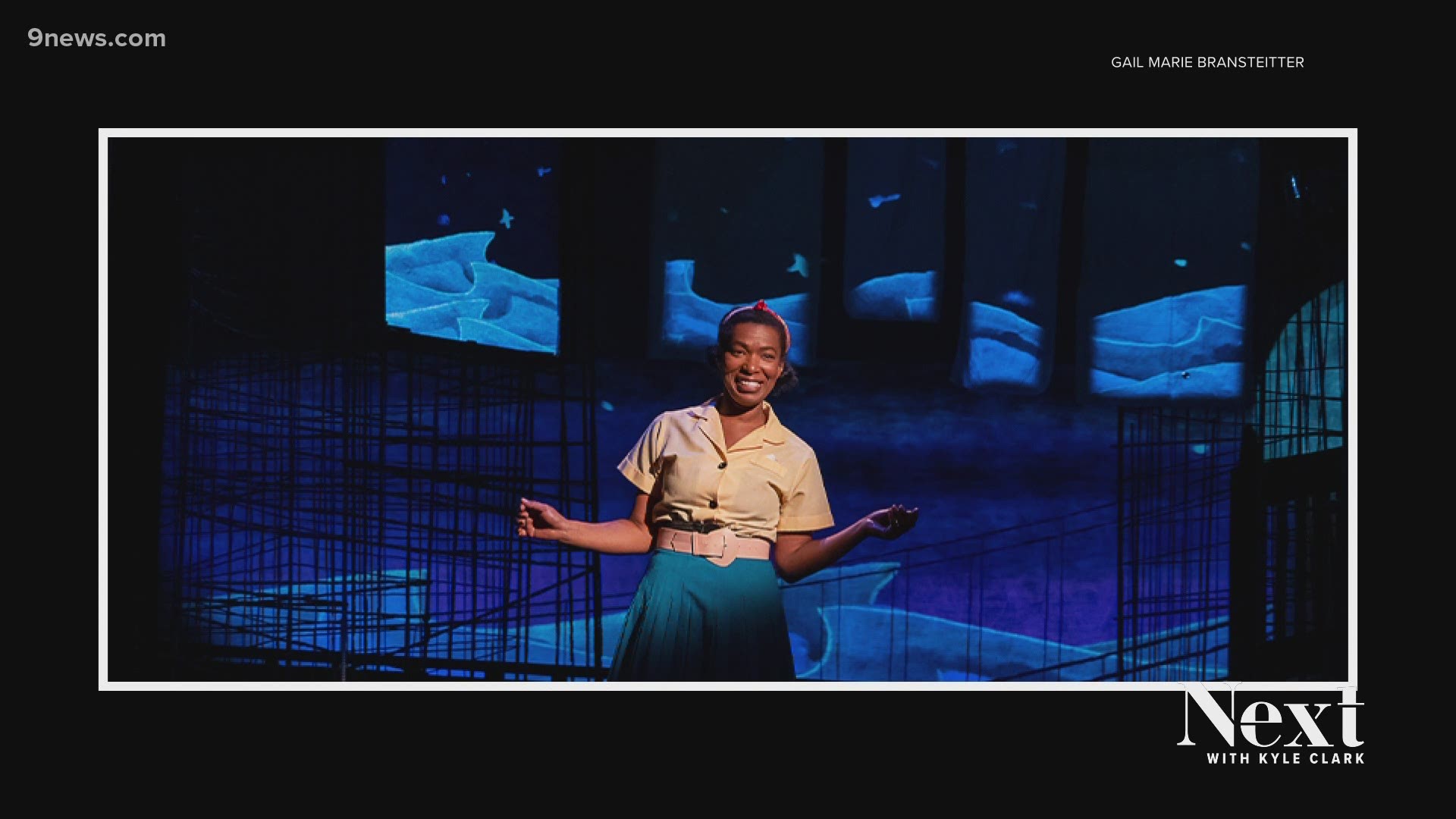 AURORA, Colo. — What’s happened since March 2020 reads a little like a play. A fictional one, even. But when actual theaters went dark and the seats stayed empty for about a year, comedian and actress Janae Burris knew it was very real.

Now, with the play “Queens Girl in the World,” she’s happy to be part of what’s getting people back in those theater seats.

“I hope it’s a gateway to getting back into live theater, and being comfortable to being around people again,” Burris said. “I just threw myself into this ad I hope it feels good for people.”

In the play by Caleen Sinnette Jennings, Burris plays 13 different characters. The story is told through the eyes of Jacqueline Marie Butler, a young Black woman growing up during the Civil Rights Movement in the 1960s. The audience watches Jacqueline grow up from age 12 to age 15, and meet many different people along the way—all played by Burris.

“The script is so clear and solid that it feels really easy to jump back and forth,” Burris said of the play written by April Axé Charmaine. “I wanted to do a good job, desperately, I wanted to honor the writer and the play and I wanted to move the audience.”

Burris said even though the play takes place in the '60s, it’s relevant for a 2021 audience.

“There’s a moment in the play where she’s reading a newspaper and learning about the four little girls that were killed in the Birmingham church bombing. Medgar Evers dies within the play. JFK dies within the play,” Burris said. “The father in the play is active in social justice, and we still have that today. People are still marching. Fathers are still coming home grieving and angry about how they’re being treated.”

But she said there are many happy moments in the story—just like life.

“What’s also lovely about the play is that you watch this girl growing and see more and more of the world, and you’re kinda left with some hope,” Burris said.

This is the third live production at the Aurora Fox since the pandemic shut down theaters across the city. The theater said this one has been the most well-received.

She also hopes it sparks conversation.

“I hope our current audience, our 2021 audience, can work together--how it’s all of our struggle, all of our fight,” Burris said. “That it can’t just be black people fighting for civil rights. And fighting racial injustice. It needs to be everyone.”

While Burris, who now lives in Los Angeles, is in town, she’ll be doing standup at a few places while performing in “Queens Girl in the World.” She’ll be at FlyteCO Brewing, May 5 at 8 p.m. She’ll also be at Wide Right on May 14th at 8 p.m.

To buy tickets for “Queens Girl in the World” and learn a little more about the play, check out the Aurora Fox website.

RELATED: A holiday-season circus is coming to Colorado this fall