The Vice Chair of the Colorado Republican Party posted on Facebook Tuesday that the recall effort she initiated against State Rep. Tom Sullivan was ending. 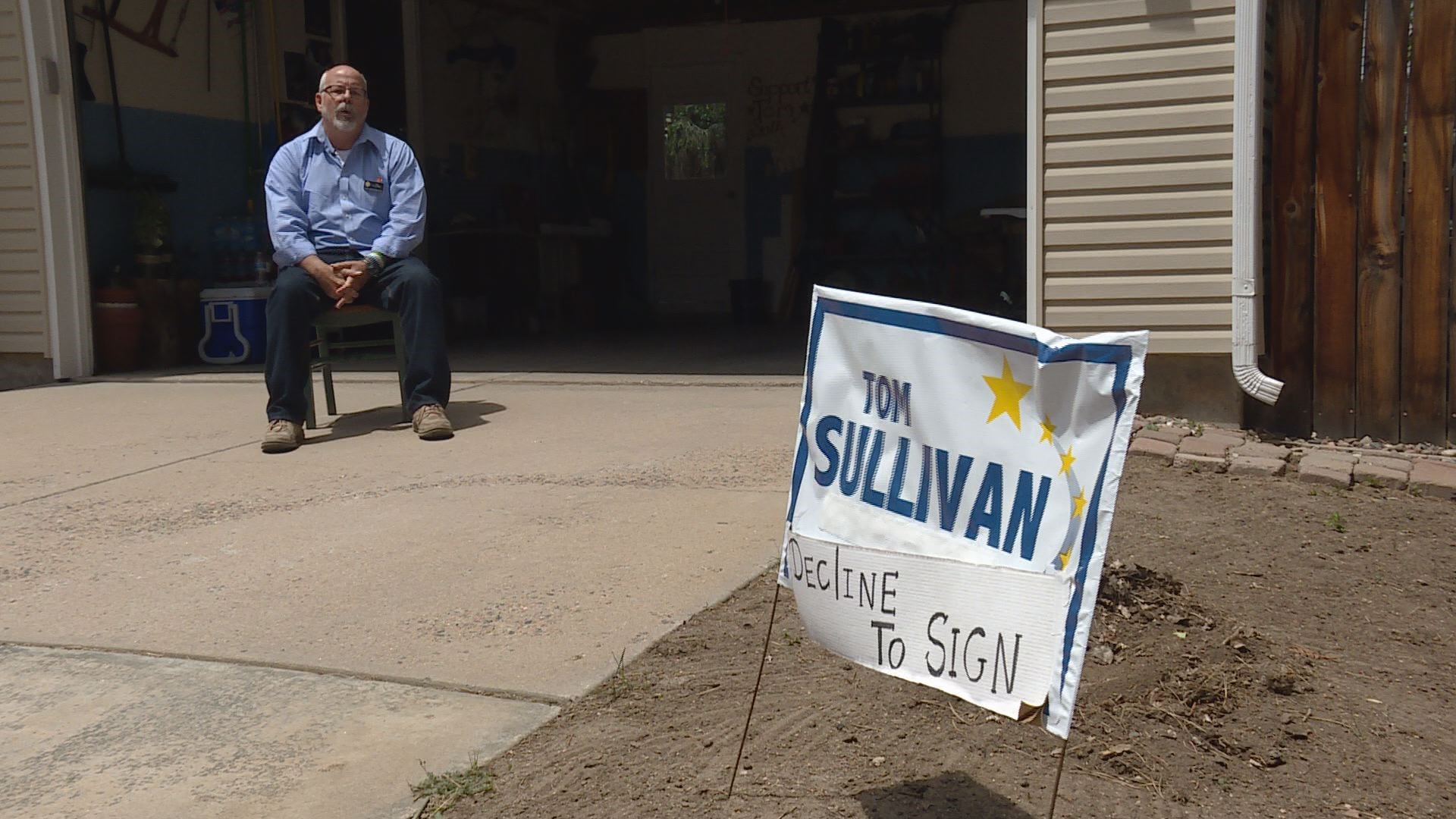 DENVER — The recall effort against State Rep. Tom Sullivan (D-Centennial) has been stopped by the person who started the effort.

Kristi Burton Brown, Vice Chair of the Colorado Republican Party, posted on Facebook that the recall effort she initiated against the first-year lawmaker was ending.

"While we are pulling the recall today to focus on other essential efforts, Sullivan does not get a free pass. 2020 is the year to oust him, with the support of voters who now know how extreme he is," wrote Brown.

On Monday, Sullivan spent a morning shift and afternoon shift going door-to-door in his district, trying to encourage his neighbors to "decline to sign" the petitions to initiate a recall.

"I had my walking shoes on and was applying sunscreen to take out another packet. Now, I will get ready for our town hall Saturday and send out our newsletter," Sullivan said on Tuesday morning after he found out the recall against him was ending.

Sullivan, who sponsored the red flag bill and supported the legislation that could alter how Colorado participates in the Electoral College, won his seat in November beating then-Rep. Cole Wist (R-Centennial).

When the recall effort against Sullivan was announced, even Wist said he was not supportive.

"In Rep. Sullivan's defense, he did exactly what he said he was going to do when he campaigned for this office," Wist told 9NEWS on May 14. "Now, I think there are some legitimate reasons why people have concerns about some of the bills that passed in the legislature, but in the House of Representatives, you have an opportunity to have an election every two years. So, Mr. Sullivan will be on the ballot next year, it seems to be that that would be the more appropriate time to have a conversation of whether he should be returned to office."

While canvassing his House District on Monday, Sullivan said he was going to address the issue of recalls in the next legislative session.

"I will get myself an education on this recall process because I will bring up legislation next year. This should not happen. They're not going to do this to me and I'm not going to allow them to do this to someone else," Sullivan told 9NEWS on Monday.

What happens to the money contributed to pursue or fight the recall?

On Monday, Rocky Mountain Gun Owners Executive Director Dudley Brown said his group had spent $30,000 on petition signature collection. He estimated the cost at $45,000 with staff, attorney time and radio ads. He said they hadn't even raised half of that cost.

Will any contributor get their money back?

"Donors expect us to fight. That's why they give. They're mad (at gun control) and want a solution," Dudley Brown said in a text.

Our Colorado Way of Life is the committee created to fight recalls against Democrats. Through May, the group had already received $106,000. Will it give money back to those who contributed?

"Our committee was formed to protect against any and all recalls, not just Tom. They threatened to recall Senators in their statement, so until they end this ridiculous process we will continue fighting back," said Our Colorado Way of Life Organizer Matt McGovern.

Bottom line, if you contributed for or against the recall of Sullivan, you're not getting your money back even though the recall effort is over.

Kristi Burton Brown, who initiated the recall of Sullivan, said her efforts will be spent on "...recalling Democrat Senators who are not up for re-election in 2020."

Here is the full statement from Kristi Burton Brown on the ending of the recall effort against Sullivan:

There are nine Democratic Senators whose seats are not up for reelection until 2022.

All of them won their November 2018 election with plenty of support.

"I don't know exactly what their plans are or who's next," said Winter. "For me, I've had town halls. I'll be having informal cocktails and conversations with voters all summer. I'll be door knocking this summer."

Sullivan, who wanted to try to be on interim committees at the Capitol this summer, may have missed his opportunity, but said he'll be able to help other lawmakers potentially facing a recall.

"I know that there are some lonely times, even though people are telling you how they support you and all of that, you're still the only person in the garage putting your packet and your sunscreen on. That can be a little trying," said Sullivan. "If that means, I need to call that person on a daily basis, see how they're doing, to let them know that we're going to prevail in this, then that's what I'll do."

Marshall Zelinger is the politics guy for 9NEWS and Next with Kyle Clark. Have a story idea? Email him at marshall@9news.com

RELATED: Cole Wist breaks with vice chair of Colorado GOP, says he does not support recall effort against Tom Sullivan