See the above video of Colorado's burning T-Rex. 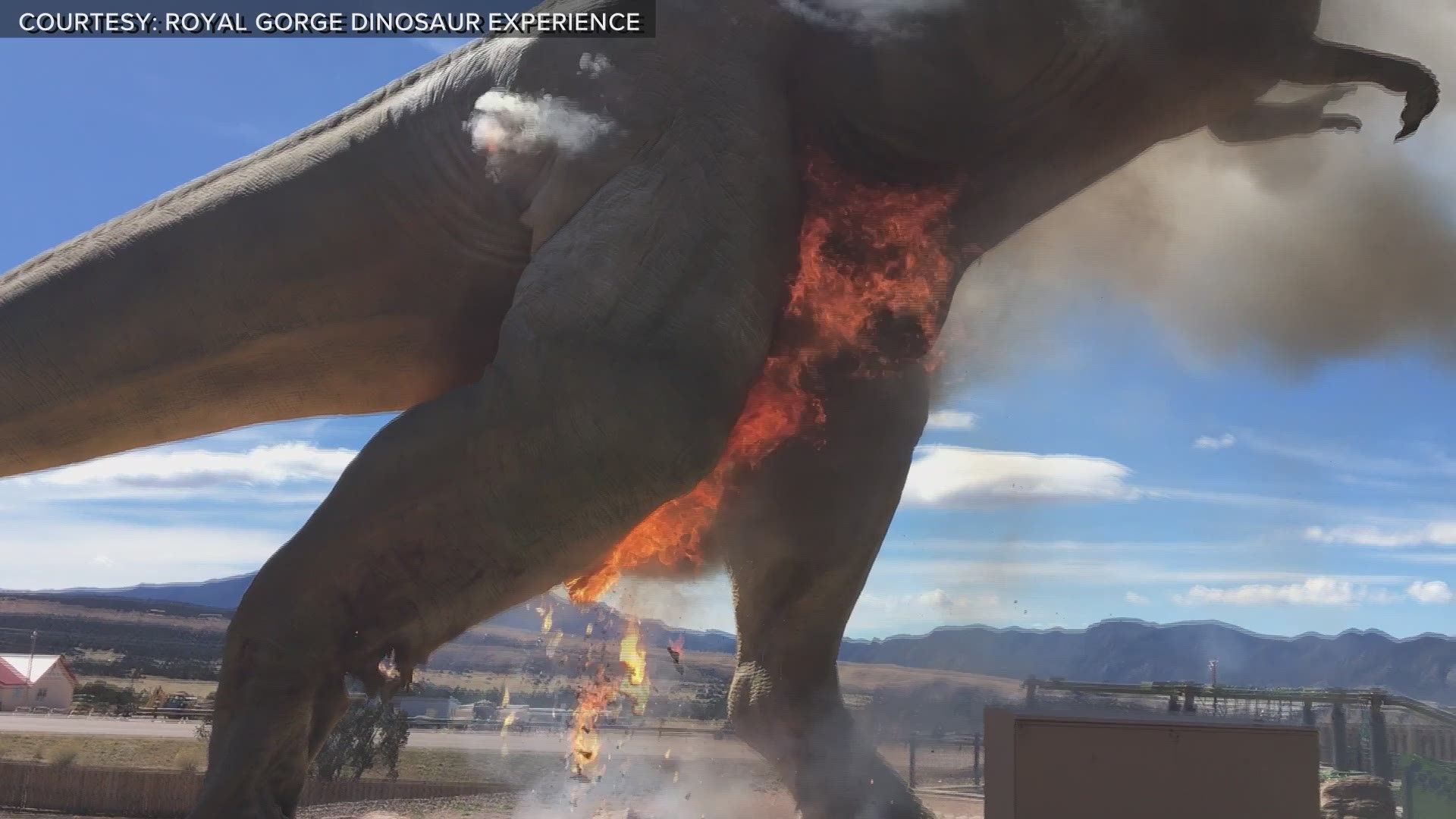 Let’s be real: We’ll take any excuse we can to reuse the epic video of the T-Rex that caught fire in Canon City at the Royal Gorge Dinosaur Experience in March.

Today’s excuse came when we saw a video from Russia over the weekend with the caption “T-Rex figure turns into fire-breathing dragon after catching fire at a Russian amusement park, prompting evacuation of the park.”

A few outlets said it happened on Thursday, but other than that, we don’t know much.

T. rex figure turns into a fire-breathing dragon after catching fire at a Russian amusement park, prompting an evacuation of the park. https://t.co/qr4R1wV8cS pic.twitter.com/YSdv0vJ1YP

Of course, that got us thinking about Colorado’s burning T-Rex … and we learned some new information!

The park thinks an electric issue caused their T-Rex to burn, leaving behind its metal frame which also became a celebrity because ... of course it did.

Everyone at the park at the time of the fire was fine.

Not like you can ever replace something so important, but the replacement T-Rex is expected to arrive around Sept. 25. Insurance covered the loss, and the new T-Rex does not have a name yet.

The remains of the other T-Rex will move to a memorial spot.