Republican lawmaker wants to update the rules for recalls in Colorado

Two more Republican-led recall efforts have gone up in smoke, making for five failed recalls this year. One Republican in the State Senate thinks we can do better. 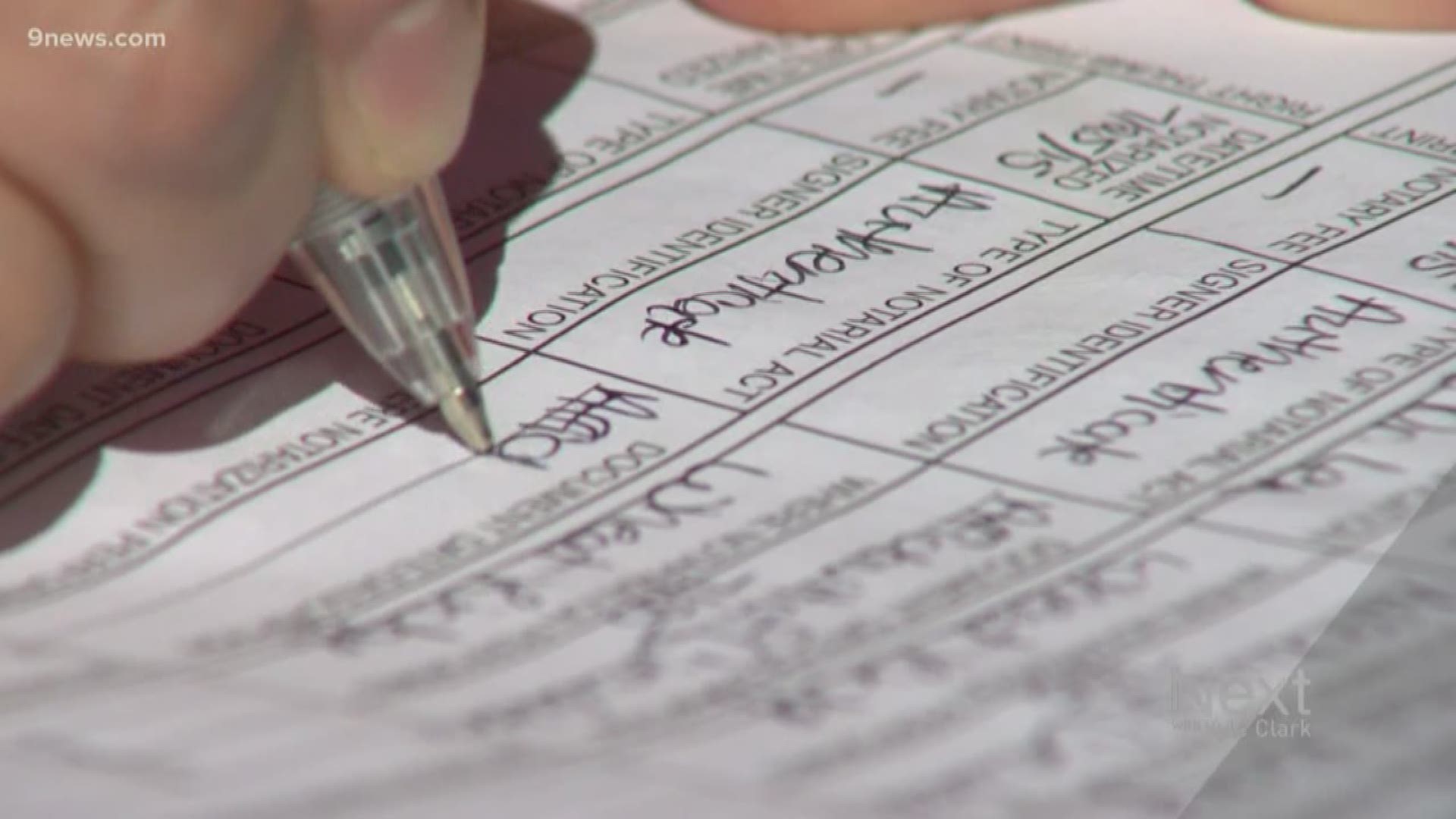 The group backing recalls against Sen. Pete Lee (D-Colorado Springs) and Sen. Brittany Pettersen (D-Lakewood) notified the Colorado Secretary of State's Office that it would not turn in the petition signatures to try to get a recall qualified for an election ballot.

A spokeswoman with the Secretary of State's Office said that the group will not turn in the petitions, but would also not put that in writing, instead letting the deadline void the recall efforts.

Recalls of state lawmakers in Colorado require the collection of signatures of 25% of the people who voted in that office's previous election. Those signatures have to be collected within 60 days.

There have been five failed Republican efforts to recall a Democrat so far this year.

Signatures were not turned in for the recall effort against State Rep. Tom Sullivan (D-Centennial), Gov. Jared Polis and now Lee and Pettersen. An initial effort to try to recall Pettersen had to stop and restart because the group behind her recall needed to amend the written reason why they wanted her recalled.

There is still an active recall effort against Senate President Leroy Garcia (D-Pueblo). At least 13,506 signatures need to be turned in by Oct. 18.

Former State Rep. Rochelle Galindo (D-Greeley) resigned from office prior to signatures being turned in for her recall.

When state lawmakers go back to work next year, they will debate changing the way they may be kicked out of their jobs.

Tate, who is one of the Colorado lawmakers NOT facing a recall this year, told Next with Kyle Clark that his inspiration for adding "truth" and "transparency" to recall efforts in Colorado is not the five-failed attempts to recall Democrats, but rather the successful recalls of three conservative Jefferson County School Board Members in 2015.

"You could say it was a Democrat, teacher union's pushed recall against a school board that was perceived as Republican," said Tate. "Recalls are something that happens by both sides politically."

The bill he plans to propose next year would add a requirement that the stated reason for recalling someone would be based in facts.

So, who or what would be the arbiter of truth? (Asking for a friend who does Truth Tests on political ads on a regular basis)

"I don't know yet," said Tate. "Right now, the law is somewhat vague in terms of requiring factual information."

Colorado law currently requires petitions to contain "a general statement, consisting of two hundred words or less, stating the ground or grounds on which the recall is sought. The general statement may not include any profane or false statements."

He also wants recall efforts to be transparent about the cost of the recall election, if enough signatures are to be collected. He also wants to prevent state lawmakers from being recalled during their 120-day session.

"I'm creating a situation where recalls can't happen during the legislative session, by which legislators are disrupted from doing their job for their constituents," said Tate.

He would not say if he supported recalls against Polis or any member of the state Senate.

"Not commenting on any current recalls. My position is just to make the recall process better and more transparent," said Tate.

Sullivan is also looking at what could change, either by lawmakers or constitutionally, which would require two-thirds support at the legislature and then passed by 55% or more of voters.

He said the failed recall against him prevented him from getting interim committee assignments during the off-session at the legislature and has impacted fundraising for his next election. He said he has talked with constituents who contributed to the effort to defeat his recall, but are now hesitant to give more money, thinking they already contributed to his campaign.

RECALLS IN OTHER STATES

The National Conference of State Legislatures, which is based in Lowry, has researched recall laws across the nation.

Currently, 20 states and Washington D.C. give voters the power to recall.

Alaska, for instance, requires incompetence, Georgia calls for malfeasance and Montana has a law for physical and mental lack of fitness.

Virginia also has a recall process under specific grounds, but those recalls end in a recall trial and not a voter election.

"I am on board with working towards a bipartisan solution for recall reform. It is clear to me that these failed recall attempts are election do-overs that voters aren’t buying. I’m not sure of the right solution yet, but will be looking toward having a conversation with a broad range of people about it," said Colorado House Speaker KC Becker (D-Boulder).

"I am not on board with any efforts to change. I think the people should get to decide, like they do under the current system," said House Minority Leader Rep. Patrick Neville (R-Castle Rock).

"Having not been involved in any way in any of the recalls this year, I remain skeptical about any proposal that would remove power from the people," said Senate Minority Leader Sen. Chris Holbert (R-Parker).

"The recall efforts this year are an attempt by Republican operatives to win elections they already lost. That's not what recall elections are meant for. The folks I’m talking with don't want to see this partisan bickering, perpetual election cycle, and the waste of our tax dollars become the new trend. They want us to get back to making sure that they have good-paying jobs, that they can afford healthcare, and that they can save some money for their families. So, I'm not surprised that there is a bipartisan appetite for change. I haven't seen any potential legislation, but like any bill, it will get a fair hearing in the Colorado Senate," said Garcia.