RTD, Denver Zoo, and more lose funding because of typo in Colorado law

A bill written and rewritten in the last days of the legislative session in Colorado was signed into law with a typo that will result in red ink. 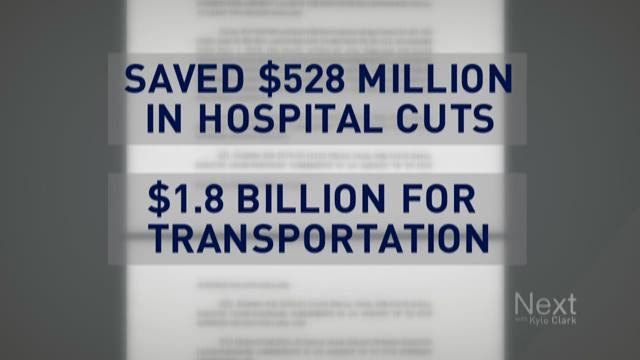 A bill written and rewritten in the last days of the legislative session in Colorado was signed into law with a typo. Not the kind of typo that can be fixed with red ink, but the kind that's going to result in red ink.

SB-267 was called "Concerning the Sustainability of Rural Colorado."

In a nutshell, it saved about $528 million in cuts to hospitals, by shifting the 'hospital provider fee' out of the general fund budget and into its own enterprise fund. It also created funding for CDOT to start $1.8 billion in future road projects. It also raised the retail marijuana tax to 15 percent.

It did all that on purpose.

What it did not do on purpose, but did anyway, was eliminate sales tax on retail pot that helped fund RTD and the Scientific and Cultural Facilities District -- which helps fund the Denver Zoo, Denver Museum of Nature and Science, Denver Art Museum, Denver Botanic Gardens, Denver Center for the Performing Arts, Arvada Center for the Arts and Humanities, Butterfly Pavilion, Central City Opera House and many others.

In the 59-page bill, signed into law on May 30, the words "Special Districts" were left out, and so was the funding for those districts.

"Unfortunately, it looks like this drafting error is going to cost RTD about a half a million dollars a month," said RTD Spokesman Scott Reed. "We've already had to go through some budget reductions because our sales taxes are not keeping pace with what our projections were, so this is no small matter."

"Clearly, this was an unintended consequence, a drafting error, basically a glorified typo that is going to cost RTD about a half a million dollars a month," said Reed. "We do have some reserves, but we've been trying to replenish those. We had to draw those down in the shadow of the Great Recession and we've gradually been trying to build those up, but we don't have nearly enough to completely reimburse what would be cut."

The retail marijuana sales tax that benefited SCFD was 0.1 percent. Based on RTD's projections, that would mean $50,000 a month for those entities. SCFD executive director Deborah Jordy said that she is working through the numbers and should have something concrete later this week.

Next reached out to the Department of Revenue, Colorado Attorney General's Office, the Governor's Office of State Planning and Budgeting, RTD, SCFD, Legislative Council, Legislative Legal Services (the folks who write the bill) and the bill sponsors.

State Sen. Jerry Sonnenberg, R-Sterling, did not respond to a voicemail message, but we caught up with Senate Minority Leader, Sen. Lucia Guzman, D-Denver, at the Governor's news conference on health care reform on Monday.

We asked if the change was intentional and, if not, how does it get fixed?

"Of course not, we don't do things like that. It was an error and it will be repaired and those districts will be made whole," said Guzman. "That will be accomplished either through rulemaking this summer or the first three days, first week of the session through a bill."

Rulemaking means interpreting the bill based on evidence that it was meant to do certain things, but that outcome is not likely. If it takes a bill next session, there's no guarantee any fix will get enough votes, but based on the votes it received this past session, it's likely to be fixed.

A source told Next, "When everybody missed it, it shows you how intricate it was."