RTD service cuts: A look at the bus and light rail lines affected

RTD is proposing sweeping cuts to bus and light rail service, acknowledging that lesser-used routes might not come back after these temporary cuts. 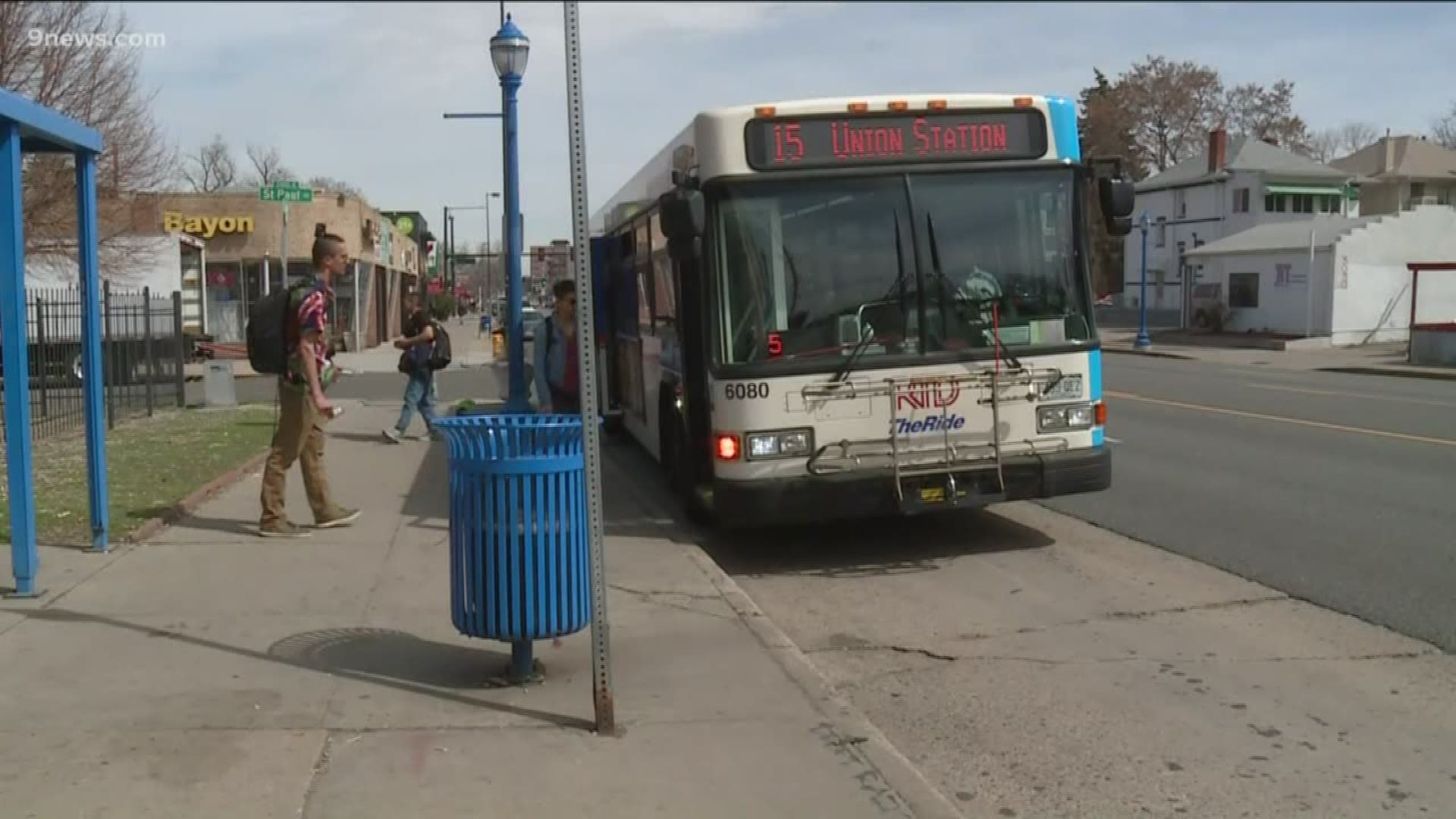 DENVER — If you ride the bus or train in Denver, your route in 2020 could look a little different.

RTD announced proposed service reductions on Thursday, part of a plan to manage the system during significant driver and operator shortages.

RTD is down about 60 rail operators and about 80 bus drivers, despite extensive recruitment measures in recent years. Currently, RTD mandates six-day workweeks for many of its employees running the buses and trains, paying more than $1 million in overtime each month, according to a spokeswoman. Yet, RTD still drops services on a daily basis, usually on the light rail.

The proposal includes changes to both bus and rail services.

RTD is proposing service reductions to 19 of its bus routes, the agency announced Thursday, and eliminating six routes all together: the 16L on West Colfax, the 55 in Arvada, the 99L (Federal Center/South Kipling), the 157 (Community College of Aurora and Buckley Air Force Base), the 236 in Boulder and the 403 on Lucent Boulevard.

The 16th Street Mall shuttle would go from running every 90 seconds to every three minutes, and special event rides, like the Broncos Ride, BuffRide and extra service for Colorado Rockies games, would all be discontinued.

RTD defines a trip as a one-way travel from one destination to another.

RTD also shared data about the boardings impact for each service impacted by the proposed changes. RTD defines "boardings" as people, each time a person gets on or off a vehicle.

Based on data provided by RTD:

More than 20,000 bus boardings would be impacted on weekdays, most of which are part of the 16th Street Mall shuttle.

More than 5,000 rail boardings would be impacted on weekdays.

If adopted, the changes would start in May 2020. They were originally marketed as temporary reductions, but RTD said in a presentation Thursday that not all services would be guaranteed to return.

When asked if this would be enough to fix the problem, RTD Chief Operating Officer Michael Ford said:

"I think this is a good start, we don't want to go too far. We want to stabilize the system, and we don't want to cut it too much where we start impacting the system in a negative way. So it's, for lack of a better word, a sweet spot that we think needs to be maintained at this point. Cutting too much, it creates more unintended consequences and that's not where we want to be."

RTD asked riders last month whether they prefer the unreliable timing and unpredictable cancellations, as they've been dealing with, or if they would rather accommodate service cuts. The majority preferred cuts, RTD said.

RTD presented the proposal to the RTD Board of Directors Thursday night. Board members had questions about whether the changes would provide riders more certainty, and whether changes would be temporary or permanent.

"I think my opposition is philosophical in a lot of ways," he said during the Board's Study Session Thursday night. "I think a transit agency should provide transit. And when you look at dramatic service cuts as a way to address a problem, I think you're getting away from that philosophy in your mission. I don't think this solution addresses the problem."