The man who takes over RTD temporarily will make thousands more than the longtime leader who just left the job. 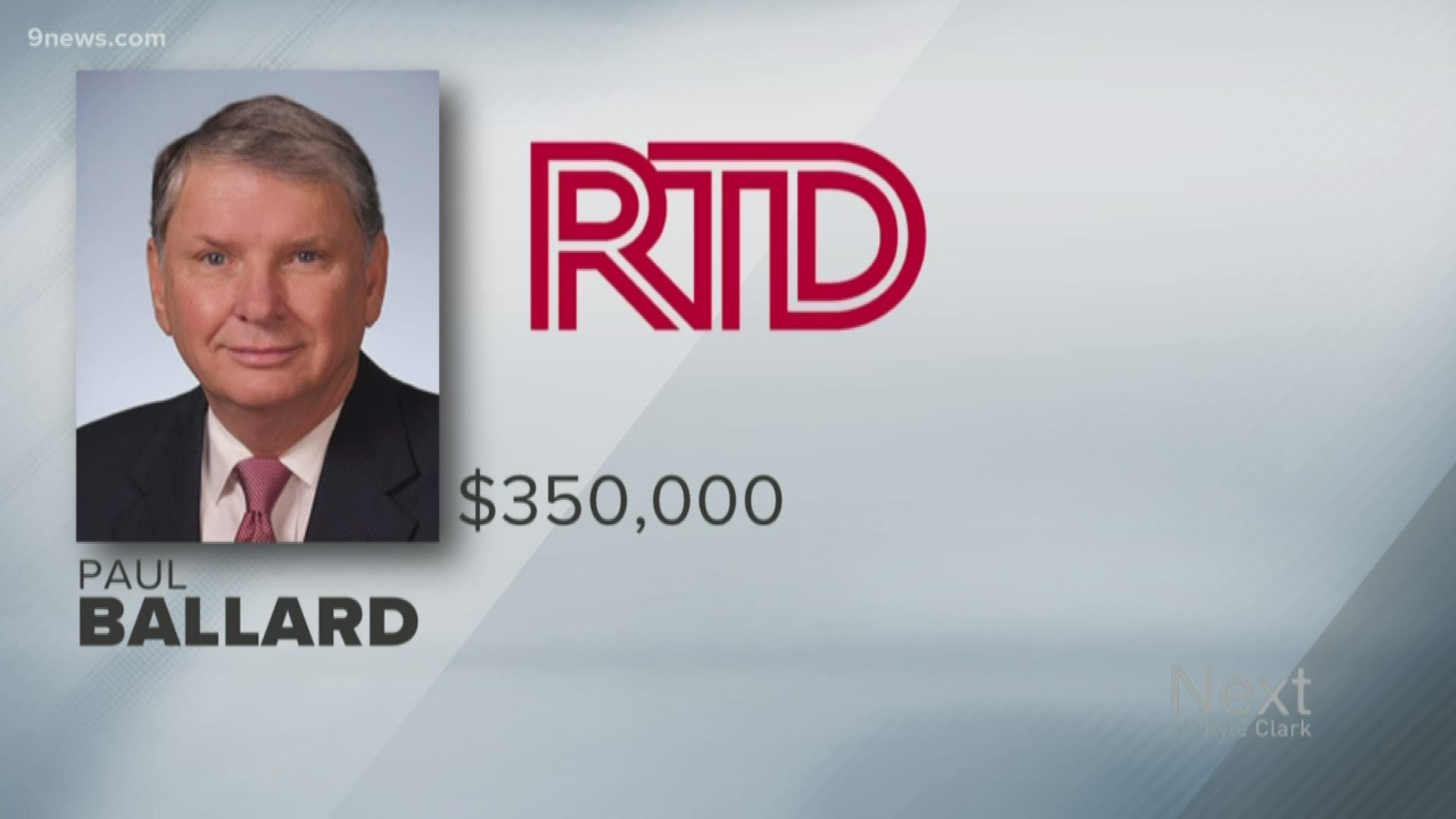 DENVER — The man who is temporarily taking the helm of the Regional Transportation District (RTD) in metro Denver will make an annual salary of $350,000, as the board searches for a permanent replacement for the agency’s general manager.

RTD’s board approved Paul Ballard’s contract Tuesday, according to a news release from the agency. Ballard’s $350,000 salary is $55,000 more than former general manager Dave Genova in the most recent year of his contract.

Ballard’s hiring comes at a tumultuous time for the transit agency, as the board considers service cuts prompted by an operator shortage. The shortage has caused cancellations of trips daily as operators often forced to work mandatory overtime call in sick.

Ballard, the former head of Trinity Metro in Fort Worth, Texas, said in his cover letter to the RTD board that he made $303,000 before he retired from Trinity, with performance bonuses of $50,000.

RTD Board Director Vince Buzek, who helped negotiate Ballard’s contract, told 9News by phone Wednesday Ballard’s compensation is similar to Genova’s when you factor in the benefits Genova received, like a pension contribution.

Buzek also told 9News Ballard will receive $10,000 in moving expenses, which Buzek said is standard for RTD executives. The board had to amend the policy for Ballard, which generally requires the executive to repay those expenses if they leave the job within 12 months. Ballard’s job is temporary by nature.

In that same cover letter, Ballard told the board he isn’t interested in the permanent job, for which the board has allocated $200,000 to run a nationwide search.

RTD is the sixteenth largest transit agency by ridership in the country, according to the American Public Transit Association. Next with Kyle Clark requested salary data for most of the leaders of those agencies.

You can zoom in on the chart here.