Scientists, many from Boulder, set out on this ambitious undertaking last September. The harsh climate was a given, but they faced many unexpected challenges. 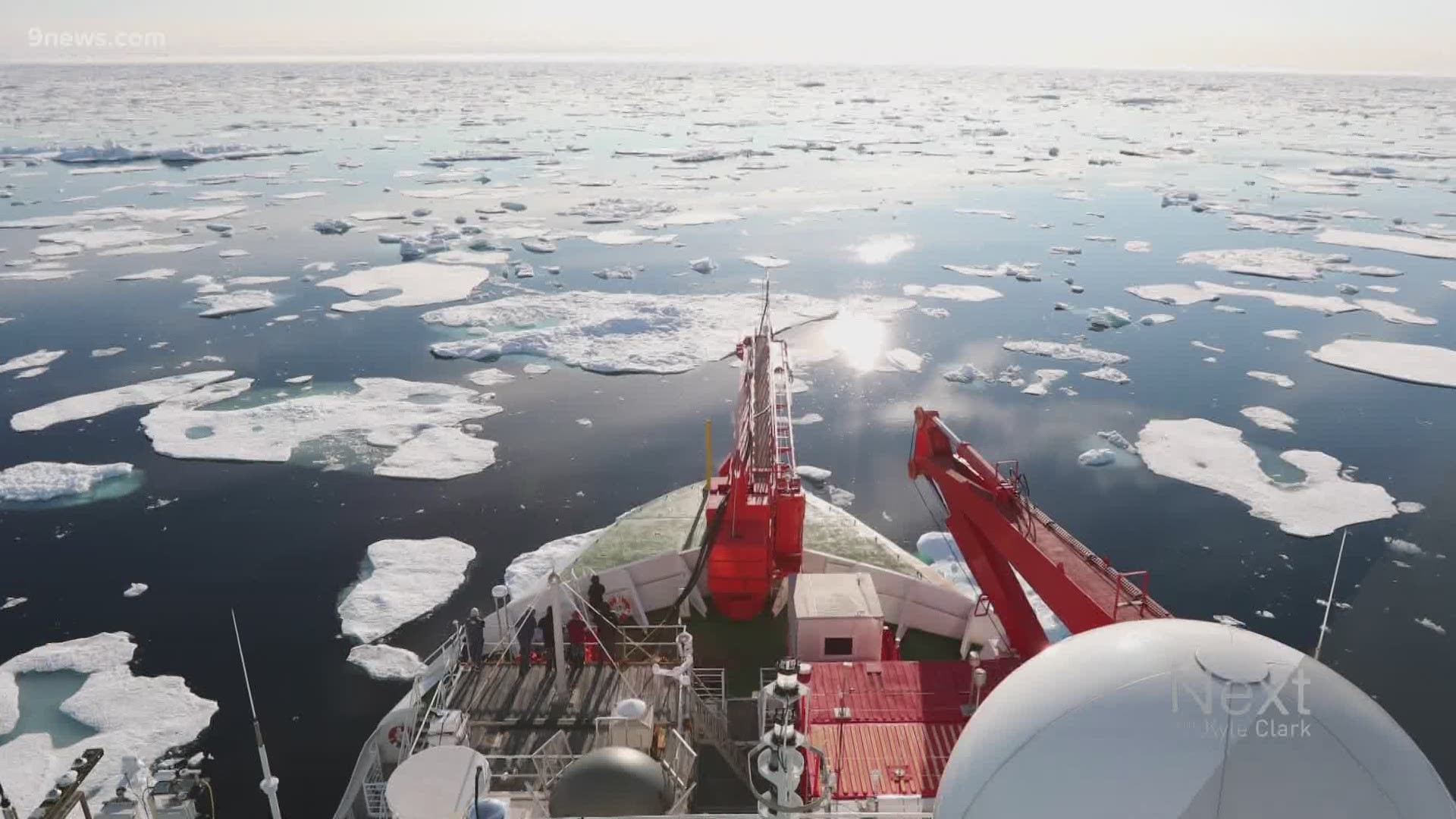 BOULDER, Colo. — It sounds a little bit like the premise of an apocalypse movie.

Scientists are in the Arctic on a one-year expedition, trying to conduct a science project in an environment that is already one of the harshest on Earth, and then the ice floe they're camped out on completely melts as a virus overtakes the entire plane. Well, that actually happened to a group of boulder scientists.

The mission was dubbed the MOSAIC (Multidisciplinary Drifting Observatory for the Study of Arctic Climate) science expedition. The goal was to spend an entire year on an Arctic ice floe as it drifted toward the North Pole, and study the entire freeze-thaw cycle of the Arctic.

The scientists, many from Boulder, set out on this ambitious undertaking last September. The harsh climate was a given, but the mission faced many unexpected challenges.

They set up several science camps on the ice floe and worked through a brutal winter. When summer came, they knew the ice flow they were camped would start melting. They just didn't know it was going to melt so quickly.

“Everywhere you looked it was wet on the surface, and we were like, how are we going to do our operations here because it’s wet everywhere,” said atmospheric scientist Matt Shupe.

He just returned home after four straight months on the ice.

Shupe said water and slush would pond near their camps and form channels as the ice floe started to vanish.

“And then you can really identify, oh yeah it’s safe to walk there, and maybe over there it’s not so good, and so on a day-to-day basis, we had to adapt to this evolving surface and optimize out measurements according to that,” Shupe said.

They shifted camps, and re-positioned instruments until their ice floe finally melted away completely. They measured it down to the very last cube.

“It’s really just extraordinary that we were able to do that really,” he said.

And as if the floor melting away wasn’t hard enough to deal with, enter the 2020 coronavirus.

“Airports were closed, and ships were canceled, and so things got a little chaotic there for a while,” said Shupe.

He said that crews were on a regular rotation so that no one person had to endure the Arctic elements for too long. The crew of leg-three, which Shupe said just went through the three toughest months of the Arctic winter, was ready to return home when transportation was shut down.

That crew had to do two more months of work unexpectedly. Shupe said it was also difficult to get supplies to the MOSAIC ice floe.

Shupe was part of the first leg last September and was finally able to rejoin his colleagues in for leg four on the ice floe in late April. He said he had to first clear a two-week quarantine in Germany, but when he finally returned to the isolation of the Arctic, he said it was a big relief.

“Oh, what a blessing it was to be out there actually," he said. "It was our own little isolated, quarantined place, where we didn’t have social distancing, we didn’t have to wear masks," Shupe said. "We were just interacting with each other very closely and we didn’t even think about COVID. So it was actually really nice to be out there an away from the stresses that we get back here at home.”

Despite all the twists, Shupe said the mission was a complete success and will contribute to a new understanding of how the Arctic climate impacts the rest of the world. There are a few crew members still there finishing up some projects as the ice refreezes, and the MOISAIC expedition will officially end before September is over.

PREVIOUS: Climate scientists trapped in ice for research give update from arctic darkness

PREVIOUS: This CU Boulder researcher is embarking on a year-long arctic expedition