Both of Colorado's U.S. Senators, Democrat Michael Bennet and Republican Cory Gardner, announced hours after the Trump administration said it would end DACA that they will co-sponsor the Dream Act of 2017. 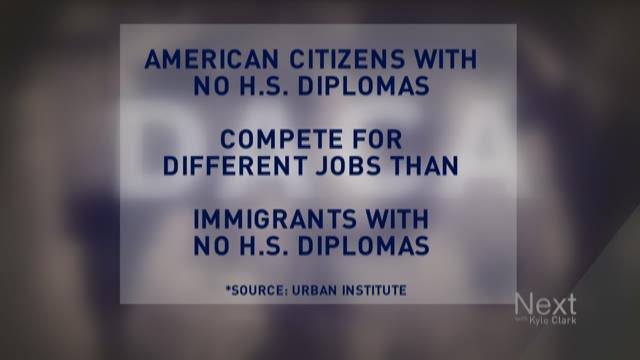 Both of Colorado's U.S. Senators, Democrat Michael Bennet and Republican Cory Gardner, announced hours after the Trump administration said it would end DACA that they will co-sponsor the Dream Act of 2017.

The bipartisan legislation, initially sponsored by other senators in July, would give "Dreamers," who were brought into the country illegally and grew up in the United States, the right to earn permanent residence, and give them a path to American citizenship.

Dreamers would have had to:

In a statement, Gardner wrote:

“Children who came to this country without documentation, through no fault of their own, must have the opportunity to remain here lawfully. I’m proud to join with Senator Bennet and cosponsor the Dream Act to provide certainty to the thousands of law-abiding Coloradan Dreamers and demonstrate bipartisan leadership on this important issue. I have long called for an overhaul of our country’s immigration system and believe this is an important step. I will continue to work with Senator Bennet and our colleagues in the Senate to move this bill forward into law.”

In the same statement, Bennet said this would be an immediate fix to protect Dreamers.

Bennet also spoke on the Senate floor Tuesday, just after he and Gardner said they would co-sponsor this bill, and urged bipartisan action.

"We have an opportunity to come together as Republicans and Democrats to give young people the certainty they deserve and a legal path to stay in the only country they know," the senator said, telling the personal stories of Dreamers in Colorado. "Tonight, I want to thank my colleague from Colorado, Senator Cory Gardner for doing just that, and joining me as a co-sponsor of the Dream Act."

Bennet has been behind immigration legislation before; he co-authored a failed immigration reform bill in 2013.

On the House side Tuesday, Republican Congressman Mike Coffman introduced his discharge petition, as expected. It's rare for a member of the majority to use that procedure to get a vote to the floor against the wishes of party leadership.

Coffman. like Gardner, was once a DACA opponent, before now fighting to preserve the program.