The Colorado country music fest will be on private property but still needs a special event permit from Chaffee County. Tickets are supposed to go on sale Friday 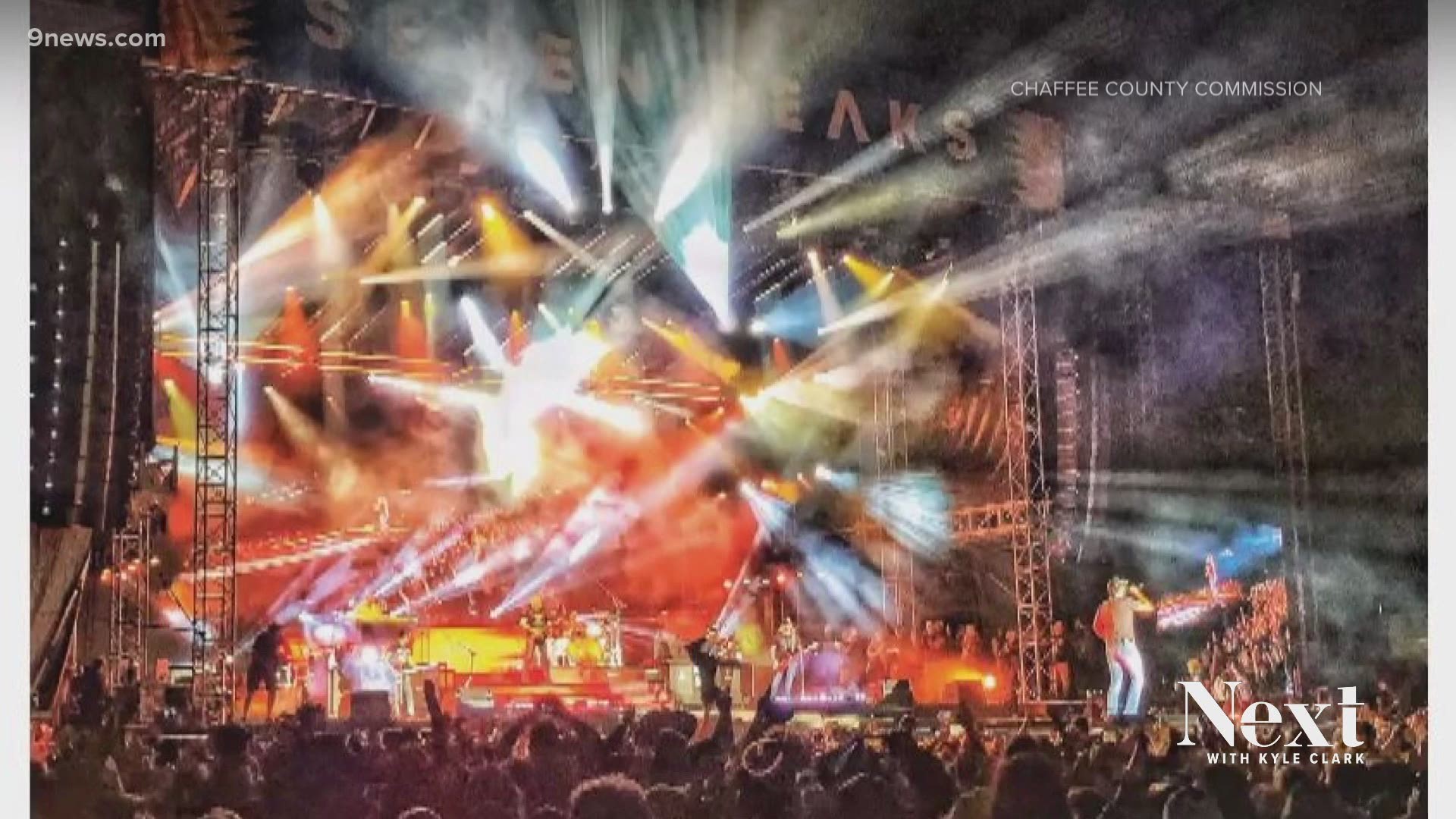 Have you heard the song lyric about selling tickets to a music festival before the festival has been approved to be held?

That ditty is being penned right now in Chaffee County.

The festival is put on by country star Dierks Bentley and will also feature Keith Urban and Clay Walker as headliners.

Presale tickets have been going on all week.

The county has not yet approved the special event permit for the festival to be held.

"The fact is we haven't had the hearing for that yet," said Unaffiliated Chaffee County Commission Chairman Greg Felt. "It's not a done deal."

The festival, which would be held at The Meadows Farm in Buena Vista, needs a permit even though it's on private property because of how many people are anticipated. The public hearing for that permit is on June 22.

"Private property parcels are allowed to have up to three special events a year, they have to be permitted, in this case, I think a special event is 500 people or more," said Felt.

The permit submitted by Live Nation calls for 20,000 spectators, along with 500 staff and 200 performers.

RELATED: Music festival in Buena Vista will be back this summer

That would double the population of the county for the weekend.

"We're not like the metro area, where things get big or out of hand and we have some kind of emergency that you just call over to the next town that looks more or less like part of the same big city, right? Our towns are in the middle of nowhere, so we really have to plan this out," said Felt.

"Until the [Chaffee County] Board of Health changes the public health order, if and when that happens, we are at a 5,000 person capacity. I have no idea where things will stand at Labor Day, but that is where we are now," said Felt.

"I do not see that increasing any time soon," said Chaffee County Public Health Director Andrea Carlstrom. "Our order has been extended through August 31 and can always be amended or extended further."

Felt and the other county commissioners also act as the county's Board of Health.

"As someone's who's basically worked seven days a week for over a year on COVID-19, I don't know how anybody can go through what we've been through and pronounce here's what's going to happen next," said Felt.

The Live Nation promoter trying to get the Seven Peaks Festival approved sent the Chaffee County Commissioners an email on June 3.

It started by acknowledging and apologized for ruffling some feathers in the community, then cautioned about it happening again.

"I'm afraid we are about to ruffle a few more feathers," wrote promoter Jim Reid.

"Selling a ticket before getting your approval is not how we wish to operate. It’s not great for building our relationship with your community and the thought of refunding a number of tickets is not great either. These, though, are unprecedented times," he wrote. "We have to go on sale now to give this festival its best chance. We think and hope we will earn the permit and have a successful event. We know if we wait to go on sale, the success of the event will be in jeopardy."

As you are all well aware, we are eager to return to Chaffee County for Seven Peaks in September. That eagerness, enthusiasm, has reasonably ruffled some feathers in your community. For that I humbly apologize. As Country Nation, we love our time in Chaffee and value the relationships we are building there. I’m afraid we are about to ruffle a few more feathers.

To say these are unprecedented times is a tremendous understatement. For the last 15 months all of our lives have been turned upside down. Your roles as community leaders became more focused as community caretakers, meanwhile I was furloughed from the job I love, brought back just two weeks ago. Reasonably, none of us were giving much thought to our little music festival in a meadow.

That changed a lot in the last two weeks, now I spend tremendous time thinking about and planning for Seven Peaks in September.

But we are challenged. We are 91 days away from Labor Day weekend, we don’t have a permit and haven’t sold a single ticket. For comparison, last year we were permitted in early March, though never went on sale. This year, right now, we need to go on sale, in advance of earning our permit. We do not wish to discount your importance to this process and I, frankly, don’t think we are. We still need to earn the permit. We respect that. But we expect we will. We have received the permit each of the last three years and improved on the advance work as well as the onsite work each time. For this reason, we think we will get the permit in ’21. Selling a ticket before getting your approval is not how we wish to operate. It’s not great for building our relationship with your community and the thought of refunding a number of tickets is not great either. These, though, are unprecedented times.

We have talked in the past about the importance of year three of a festival. For many festivals across the country and around the world, year three is the make it or break it year. I’m not saying that is the case with Seven Peaks, its too early to tell. We need, though, to make this year the best yet. To do that, we need to sell tickets. Announcing an onsale is a process, a marketing exercise weeks in the making. If we wait until after June 22nd we are really waiting until after the Fourth of July, probably even a week after that. We have forecasters who know, and they know that 50 some days is not enough time to sell the tickets we need to to make this event work.

We have to go on sale now to give this festival it’s best chance. We think and hope we will earn the permit and have a successful event. We know if we wait to go on sale, the success of the event will be in jeopardy.

Below is an outline of our announce and sale schedule.

Thank you for your time, I look forward to seeing you all on July 22nd.

"I need to not prejudge this application. I need to look at it on its own merits. But yeah, it does increase maybe the pressure a little bit," said Felt.

Under the "Terms and Conditions" on the Seven Peaks website, it is written: "ALL SALES ARE FINAL. No refunds or exchanges."

"I'm sure the applicant will honor people's purchase," said Felt. "It's not like you're going to lose your money. I can't imagine that."

That might be a good line for a song about a festival selling tickets for an event that is not yet permitted.