Truth Test: Would the real 'Slick Shady' please stand up? 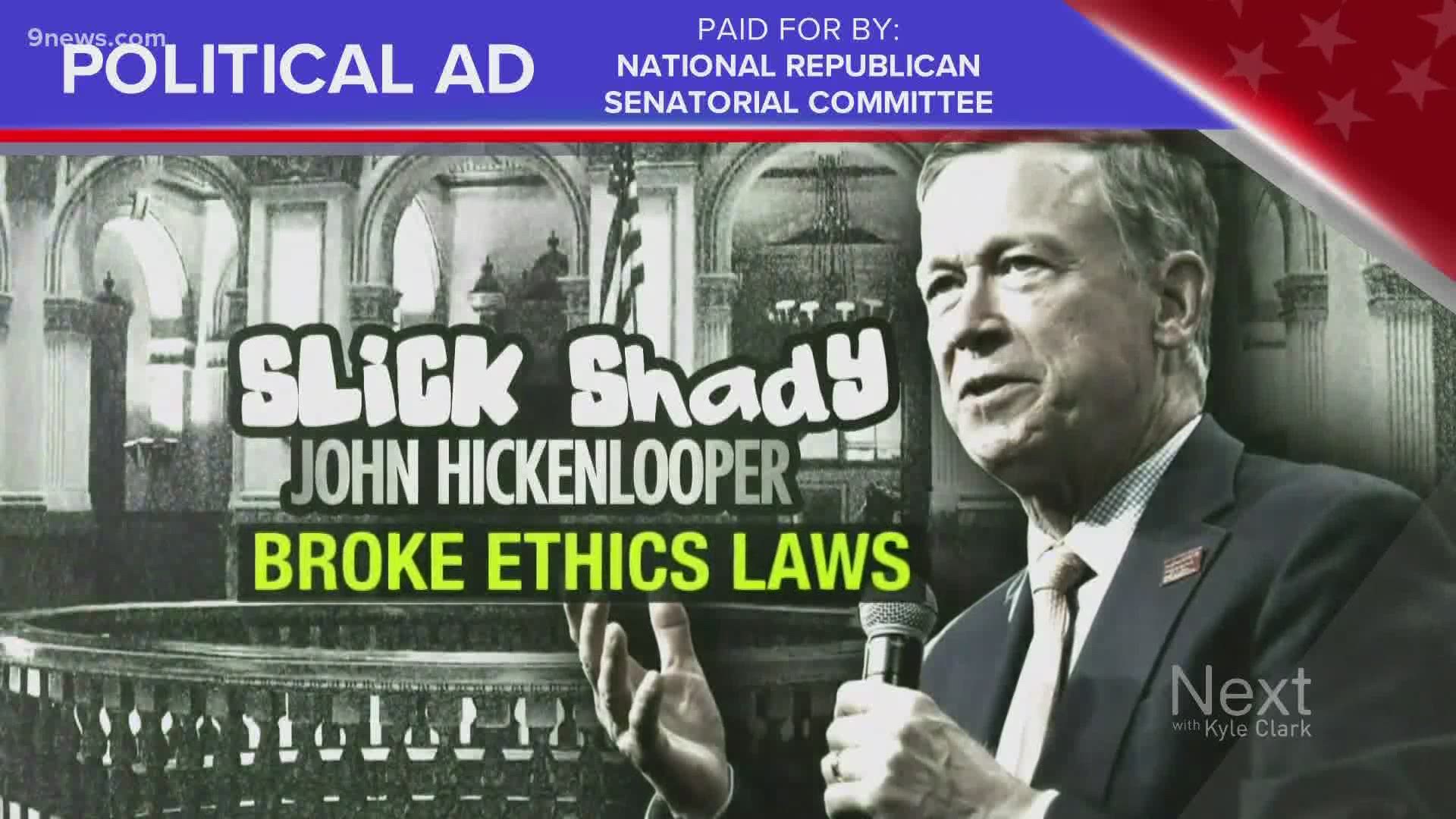 Those are the lyrics to start "Slim Shady" by Eminem, also known as Marshall Mathers.

Next with Kyle Clark has its own Marshall. And this is his Truth Test of the National Republican Senatorial Committee political ad "Slick Shady."

VERDICT: Yes and no.

No, he did not take millions in secretive donations.

In a previous ad, the National Republican Senatorial Committee claimed Hickenlooper received $330,000 in a secret donation from an oil and gas company.

The donations weren't secret. They were searchable on the state's transparency website.

How transparent that website really is is up for debate.

AD/CLAIM: "But Colorado's shadiest politician is a tax cheat too."

VERDICT: "Tax cheat" is an explosive term, and the claim is muddy. Here's how it continues.

AD/CLAIM: "The IRS caught Hickenlooper red-handed in a complex scheme to dodge taxes. Shady John had to pay over $50,000 in back taxes."

VERDICT: There is no proof Hickenlooper tried to dodge taxes, but he did pay more than $50,000 when presented with a settlement amount by the IRS.

This claim is based on a Channel 7 investigative report from 2010, when Hickenlooper was running for governor.

VERDICT: Make your own decision on what you think "flim flam artist" means. Yes, he violated the ethics law. No, he is not a tax dodger. The term "tax dodger" implies intent to avoid paying taxes. The NRSC could not provide proof of Hickenlooper's intent.