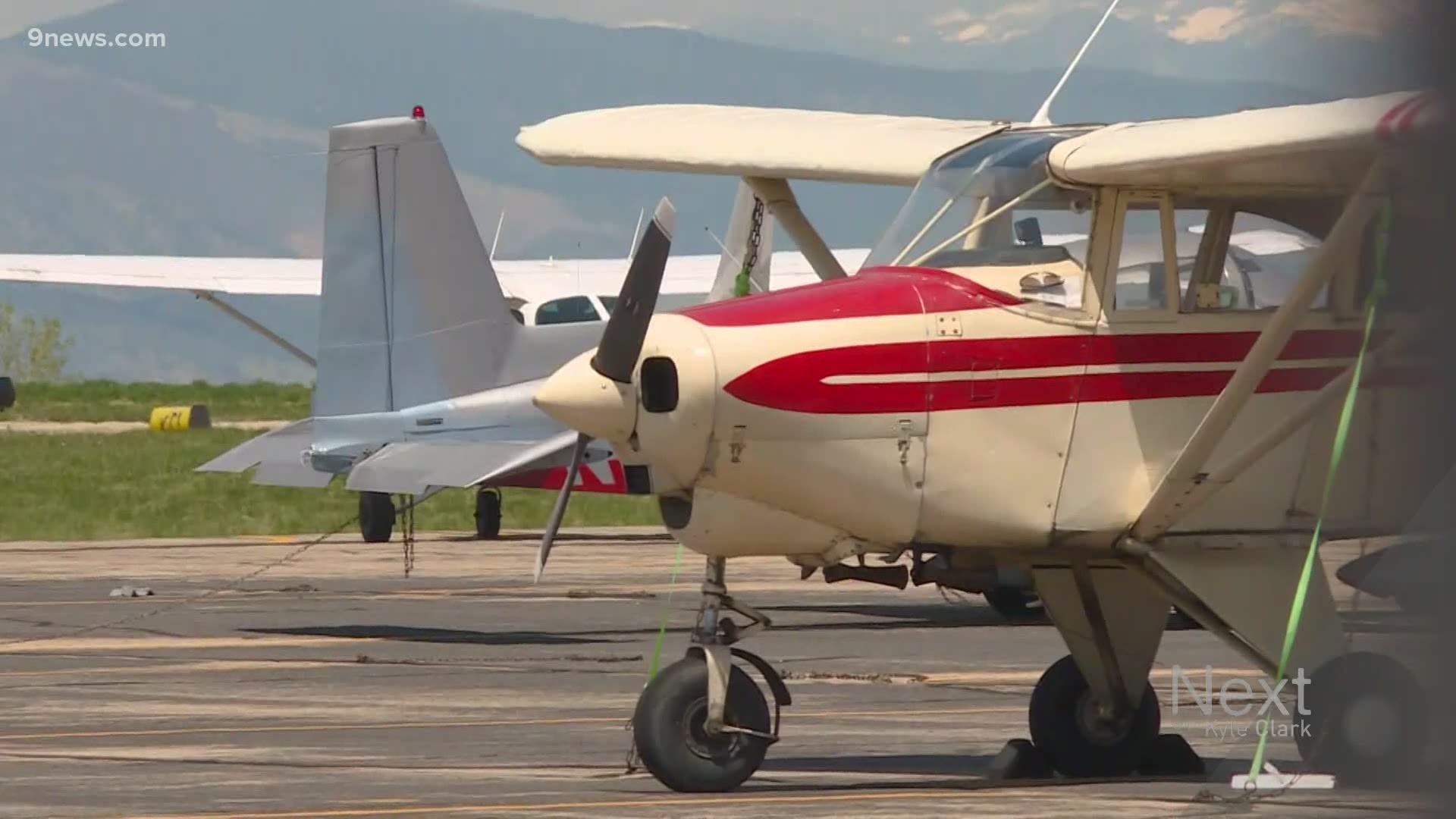 LOVELAND, Colo. — The runway at Northern Colorado Regional Airport has been quiet lately. But even as planes sit idle on the tarmac, the bank account is filling up.

The airport in Loveland was awarded nearly $16.9 million under the CARES Act passed by congress. That’s enough to sustain their operating budget for nearly 14 years.

"This is really at a critical time to meet those needs that wouldn’t have happened if the CARES Act didn’t provide it," said Fort Collins Mayor Wade Troxell, who also serves as the chair of the Northern Colorado Regional Airport Commission. "There’s about $30 million in unmet capital needs on the airport."

The airport is small and hasn’t had scheduled commercial flights since 2012. Traffic has plunged about 75% since COVID-19 began spreading in Colorado. That's impacted everyone from the flight instructors who work there to the fuel company.

Troxell said the money from the CARES Act will be used to keep staff employed during the pandemic, but mostly non-pandemic-related improvements like expanding the runway, working on a control tower, and building a terminal.

His airport received far more money than other larger airports that see more traffic on a daily basis. The formula used by the FAA to determine funding worked to their advantage.

"Not complaining or apologizing," Troxell said. "We didn’t do any active lobbying or anything towards this end. It is how the formula was built and how the act was passed."

Paul Anslow’s airport didn’t get $16.9 million. He runs Rocky Mountain Metropolitan Airport. He says it's the fourth busiest airport in the state. His CARES Act payout totaled just $157,000, more than 100 times less than the much smaller airport up north.

"Anytime you get surprise money that you weren’t expecting, it’s great. Obviously you always wish it was more," Anslow said. "To be honest, I thought initially and I still think that’s got to be a typo or a clerical error or a calculating error because logically it makes no sense."

The FAA says they used a formula to decide how much each airport would get. They say it was based on how much debt each airport had, cash reserves and the number of passengers they serve.

In a statement, the FAA wrote in-part, "When using any large dataset and formula, an anomaly might occur, so the FAA prepared for that possibility. In cases where an airport’s allocation would provide more than four years’ worth of operating expenses, the FAA will cap the initial grant amount at that level. If an airport can demonstrate that it can use more of the allocated amount within the four-year time frame, the airport sponsors may work directly with the appropriate Airports District Office."

9News Aviation analyst Greg Feith is still confused about the disparities in funding.

"Some of the numbers I’ve heard from some of the airports in the state of Colorado just doesn’t make sense to me," Feith said. "Where’s the oversight from the FAA and the government for handing out this money. Did anyone verify these numbers before they started cutting checks?"

It's not just Northern Colorado Regional Airport that got a big payout. The Gunnison-Crested Butte Airport received more than $18 million. So did the Yampa Valley airport in Hayden, CO.

"A $17 million discrepancy, that’s extensive," Anslow said. "I’m interested in how that occurred and where do we get ours."