Some Coloradans get COVID-19 vaccine before their priority-level

UCHealth launched a small pilot to begin vaccinating a very limited number of patients who are 75 years old or older. 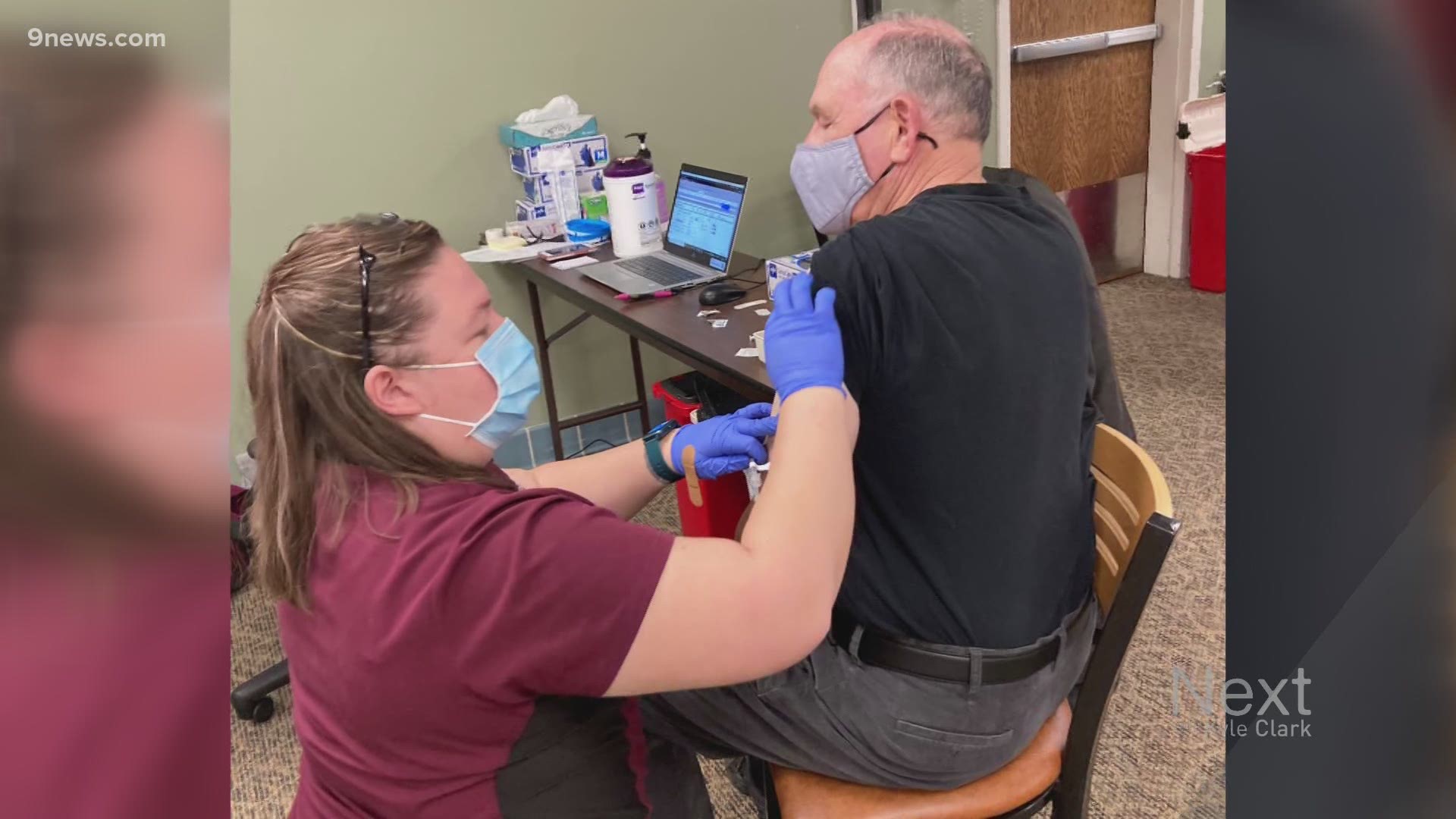 FORT COLLINS, Colo. — It all happened rather fast for Roger Wolfe. He got an e-mail Monday night asking if he was interested in getting a COVID-19 vaccine.

By Tuesday morning, he was at UCHealth’s Poudre Valley Hospital getting the Moderna vaccine.

“I was very surprised because I thought they were just giving shots to health care providers and people and staff at nursing homes,” said Wolfe, a former 9NEWS Northern Newsroom reporter.

Wolfe, 76, didn’t know why he was offered the vaccine until he got it. He was invited to be part of a pilot program through UCHealth.

“Over the past few days, UCHealth launched a small pilot to begin vaccinating a very limited number of patients who are 75 years old or older, and we used a random process through our electronic medical record to send the majority of these vaccination invitations to seniors,” UCHealth spokeswoman Jessica Berry wrote in a statement to 9NEWS.

“This pilot will help us plan to expand our vaccinations in the coming weeks and months and help inform us about what accommodations need to be made for these patients,” Berry wrote. “We are running this pilot alongside providing vaccinations to first responders and community health care providers.”

Currently, Colorado health officials say the state is in the 1A phase of the vaccine rollout, where priority is granted to health-care workers who treat or see patients with COVID-19 and residents and staff of long-term care facilities.

The state, which orders the vaccine and distributes it to hospitals and other providers, did not directly answer an inquiry about whether it granted permission for the UCHealth pilot program.

“We’re reviewing the (CDC’s Advisory Committee on Immunization Practices) recommendations and determining how we might harmonize with the 1B phase recommendations,” the statement from an unnamed state spokesperson read. “You can expect an update as soon as tomorrow. Prioritization is subject to change based on data, science and availability.”

Berry said there is no formal approval process for the pilot program and that UCHealth is sharing any information learned in the pilot with the state.

UCHealth’s pilot program, Berry explained, is meant to test the hospital system’s vaccine distribution plan for seniors. Invitations were sent randomly to patients over the age of 75 within UCHealth’s system.

The pilot program is the latest question in Colorado’s rollout of COVID-19 vaccines. Some have questioned why some first responders, who are in phase 1B of the program have already been vaccinated.

“Completing phase 1A is the priority and providers and LPHAs should follow the state’s phase guidance and prioritize 1A over 1B unless it is absolutely necessary to keep from wasting vaccines,” CDPHE said in a statement to 9NEWS Monday night.

But on Tuesday, Denver Health shared a video of a vaccine clinic at the Denver Police Crime Lab. Representatives from the Denver sheriff’s department, police department and fire department received the vaccine at the clinic.

A spokeswoman for Denver Health said the hospital is still vaccinating people in the 1A group, but has enough vaccine to start the 1B group and did not vaccinate first responders in an effort not to waste vaccine as the state health department suggested.

SCL Health will begin vaccinating EMS workers on Wednesday morning. A spokesman also said the hospital has plenty of vaccines to inoculate both health-care workers and first responders.

Wolfe, the former 9NEWS reporter who was vaccinated Tuesday, said he could barely feel the shot when the needle punctured his arm.

“I guess I was just one of the fortunate few, and I do feel fortunate,” he said. “I certainly wouldn’t want to skip ahead in line ahead of health care providers doctors, nurses, et cetera, but I assume they have enough vaccine to go around to be doing this.”

Steve Staeger is a weekend evening anchor and reports for Next With Kyle Clark. Contact Steve with tips about this or any story by e-mailing steve@9news.com.