To qualify for H-2B workers, businesses must have exhausted efforts to find U.S. citizens to do the work. 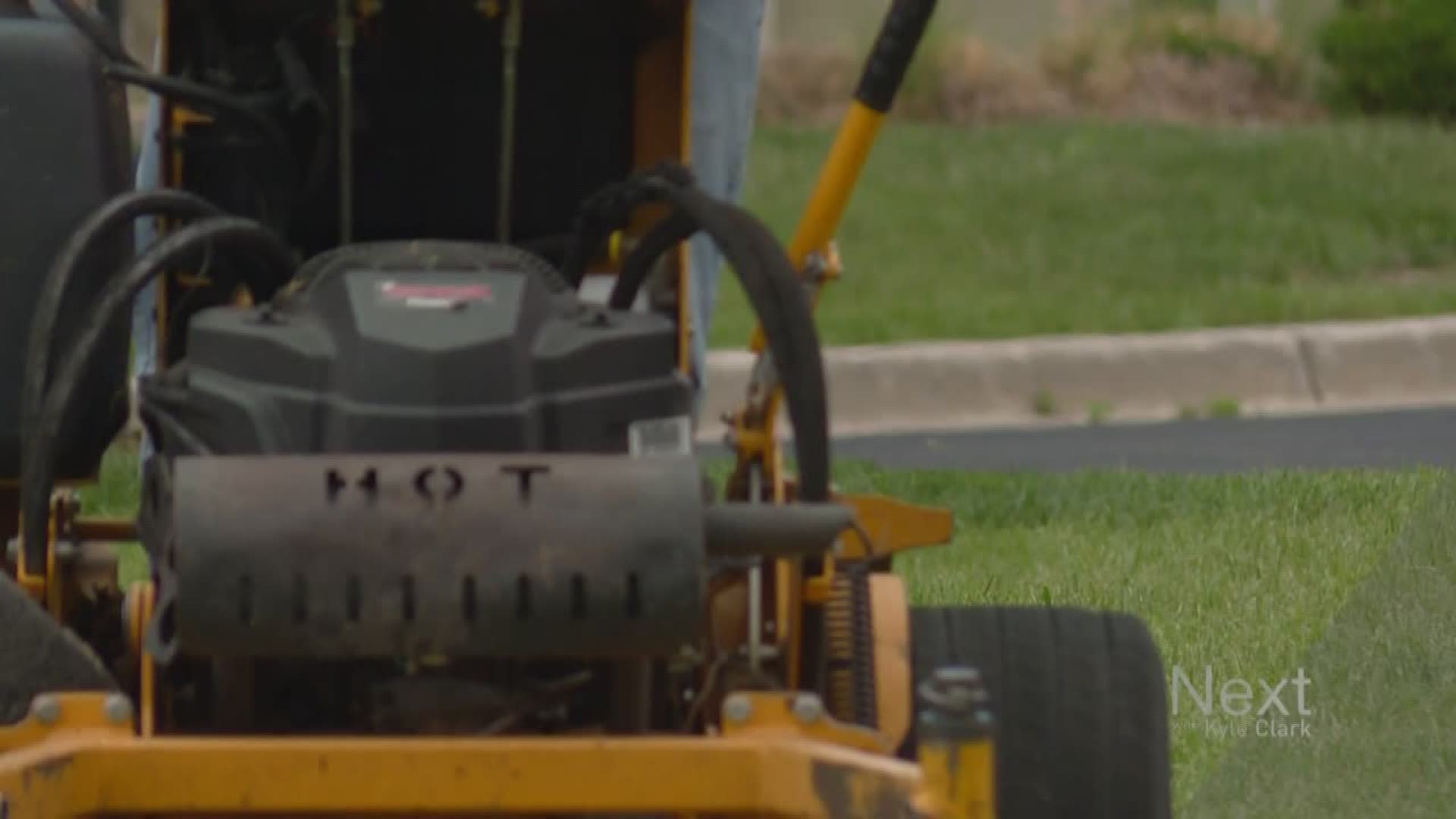 When immigration issues literally end up in your backyard, suddenly everyone becomes an expert on what H-2B means.

H-2B is the temporary workers visa that allows U.S. businesses to hire temporary foreign workers when those businesses are unable to find U.S. citizens to fill those jobs.

The businesses that qualify for H-2B workers include landscaping, hotels and ski resorts.

"We normally rely on the H-2B visa program, and this year the limit was hit early on. We have no workers, so we're missing about 40 guys," said Singing Hills Landscape owner

Mike Leman. "This year we applied for 42 positions and had zero applicants."

Leman owns a landscaping company in Aurora that is already behind in a month he usually starts making a profit.

His company does the landscaping for three properties managed by Colorado Management Services. He recently notified CMS to warn homeowners that landscaping work might be delayed.

In fact, he was out doing work at one of the properties on Wednesday morning.

"I've been pumping it out and draining the main line," Leman said, while working on a broken irrigation system. "Once the mowing crew gets here, I'm going to jump on with them, and I'll be edging and trimming and doing what I did 30 years ago. Even our receptionist is out planting flowers today."

To qualify for H-2B workers, businesses must have exhausted efforts to find U.S. citizens to do the work.

"We recruit via the Denver Post, via the state workforce agency, online ads, Craigslist, high schools, colleges, all of this before we apply for visas, or during the process; the government actually stipulates that some of that has to be during the process," Leman said.

On Friday, the Department of Homeland Security authorized 15,000 additional H-2B visas for this current term.

"It's all or none. The companies whose application is accepted, they get all of theirs, others, they get none," Leman said.

"We are dealing with some surprises we didn't expect this year," said Maureen Wade, owner of Colorado Management Specialists.

She said that a larger landscaping company that services four properties canceled their contracts after not getting 60 workers through the H-2B program.

"We ended up with a company that it cost us $6,000 more than we had budgeted for and we had absolutely no choice because we were right at the beginning of spring, we had to move on it and we have to protect our homeowners' investments," Wade said.

Leman said one major problem in finding workers is finding someone who wants part-time work doing hard labor in the sun.

"Our season runs seven, seven-and-a-half months. Anybody that really wants a job can find full-time work," Leman said. "I just took a snapshot of a concrete company advertising full-time, year-round, $65,000 a year. That's great. If they can get that, they're not going to come work here seven months."

If you're looking for work, Leman has a question for you:

"If we would recruit you, what would it take to pay you enough to come work for us," Leman said. "The federal government stipulates that we pay the highest prevailing wage rate, so currently it's over $15 an hour for us, to start, no experience."