Some Colorado lawmakers are trying to expand access to multilingual ballots

A proposed bill would work to close a language barrier for thousands of Colordoans who may not be able to understand their ballots. 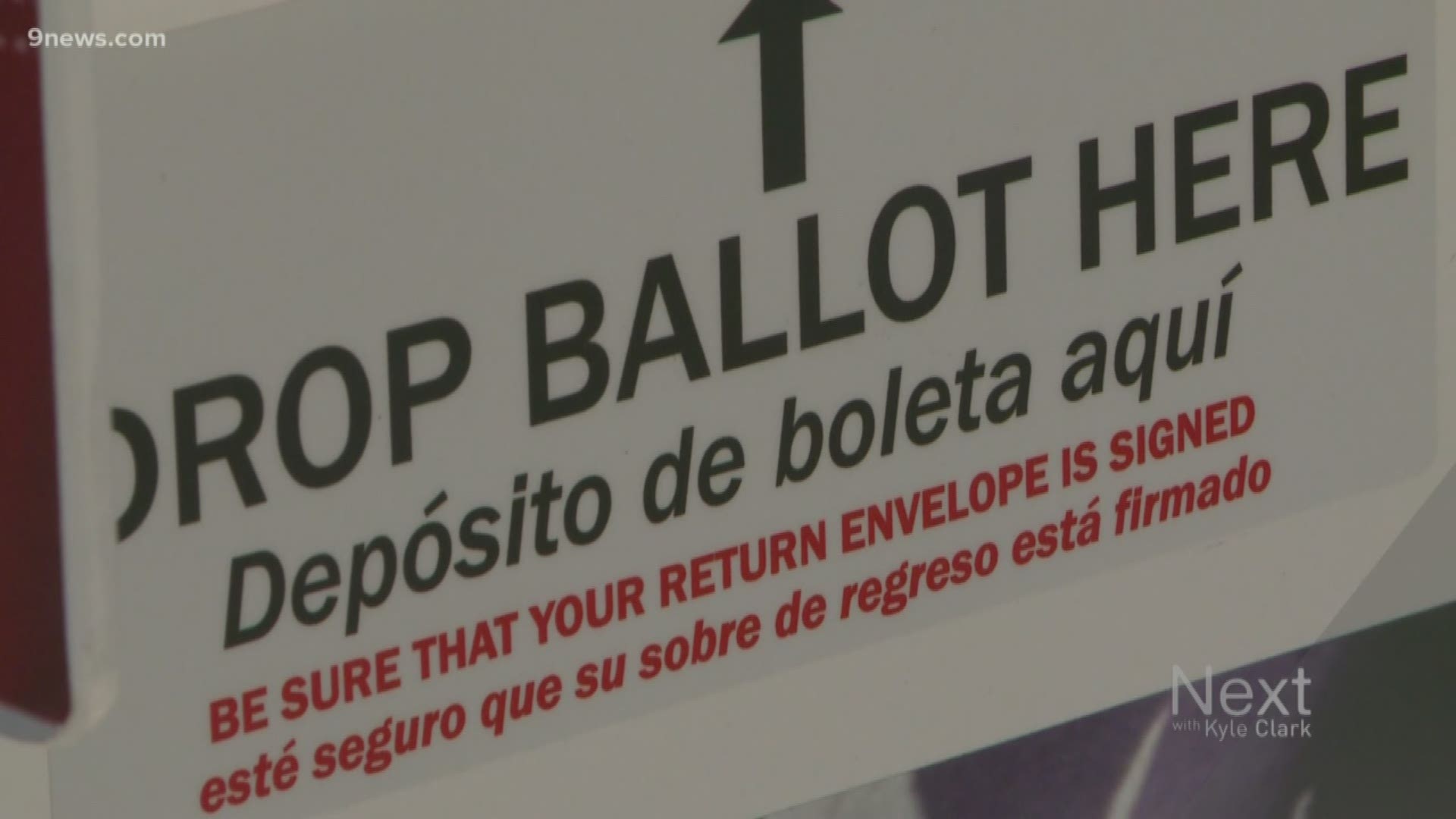 DENVER — A proposed bill would work to close a language barrier for thousands of Coloradans who may not be able to understand their ballots.

HB20-1081 would establish sample ballots in a different language, which people could use to help them vote by 2021 and by 2022, and provide multilingual ballots at voting locations. It would also establish a hotline run by the Colorado Secretary of State's Office to help people translate their ballots.

Democratic Representative Yadira Caraveo is a primary sponsor of this bill.

"It's essential for our democracy that every citizen in our state have the ability to understand their ballots," said Rep. Caraveo (D- Thornton).

Under the federal Voting Rights Act, four counties in Colorado have to provide election materials in both English and Spanish: Conejos, Costilla, Denver and Saguache.

In Denver,  Alton Dillard, a spokesman with the Denver Clerk and Record and the Denver Elections Division, said the county has been providing bilingual ballots since the early 1980s, predating the federal mandate:

A jurisdiction is covered under Section 203 where the number of United States citizens of voting age is a single language group within the jurisdiction:

• Is more than five percent of all voting age citizens, or

• On an Indian reservation, exceeds five percent of all reservation residents; and

The county provides ballots in several other languages as well, including Vietnamese.

"The Vietnamese language is one of the top five most spoken languages in Colorado," said Nga Voung-Sandoval, a community activist and advocate.

"Language as far as speaking conversational versus reading and writing the language, they are significantly different things when you speak multiple languages," she said.

Both Voung-Sandoval and Caraveo's concern, though, is that many people live in counties that don't have access to this kind of translation. Caraveo said there are over 100,000 Coloradans who could be impacted by this issue but more than 80,000 live in counties were ballots and other election materials aren't available in languages other than English.

She wants to lower the threshold so more Coloradans would have access to multilingual ballots based on this:

County clerks are to make available minority language sample ballots when a language is spoken by at least 2,000 or 2.5 percent citizens of voting age who speak English "less than very well" in a county. These sample ballots would be available in-person beginning in November 2022 and for every general election and statewide odd-year election thereafter.

"People come here to participate in our democracy because we are a model for the world," she said. "Right now we are doing a disservice to a lot of these citizens not making it possible to vote."

The counties required to provide bilingual ballots under federal law fluctuates depending on demographics. During a previous set of changes in 2016, some county clerks shared their concerns with a previous secretary of state that included people not utilizing translation services. As for which counties would have to adjust their rules under this law would be based of demographics from census data, and Caraveo said the secretary of state could make updates after the 2020 census.

However, not all clerks are convinced the state needs to step in because they have faith in the federal rules.

"The numbers have been reviewed by Republican and Democrat administrations, the Department of Justice," said El Paso County Clerk and Recorder Chuck Broerman.

He said he believes in the work they've put in to make voting as easy as possible, and he worries about the cost associated with the changes the state law would call for and what could be lost in translation.

"We're concerned about the legal liability. When you translate from one language to another," he said. "Especially when things are legal and technical in nature, you want to make sure you translate it appropriately."

Rosabelle Rice, the vice president with the Colorado Translators Association, said she believes there are enough translators in the state to keep up with proposed changes but it's always possible to get translator help from outside of Colorado, too.

The bill will next head to the appropriations committee.