The money in this account is meant to help build future projects, including a train to Longmont that is already projected to be decades behind schedule. 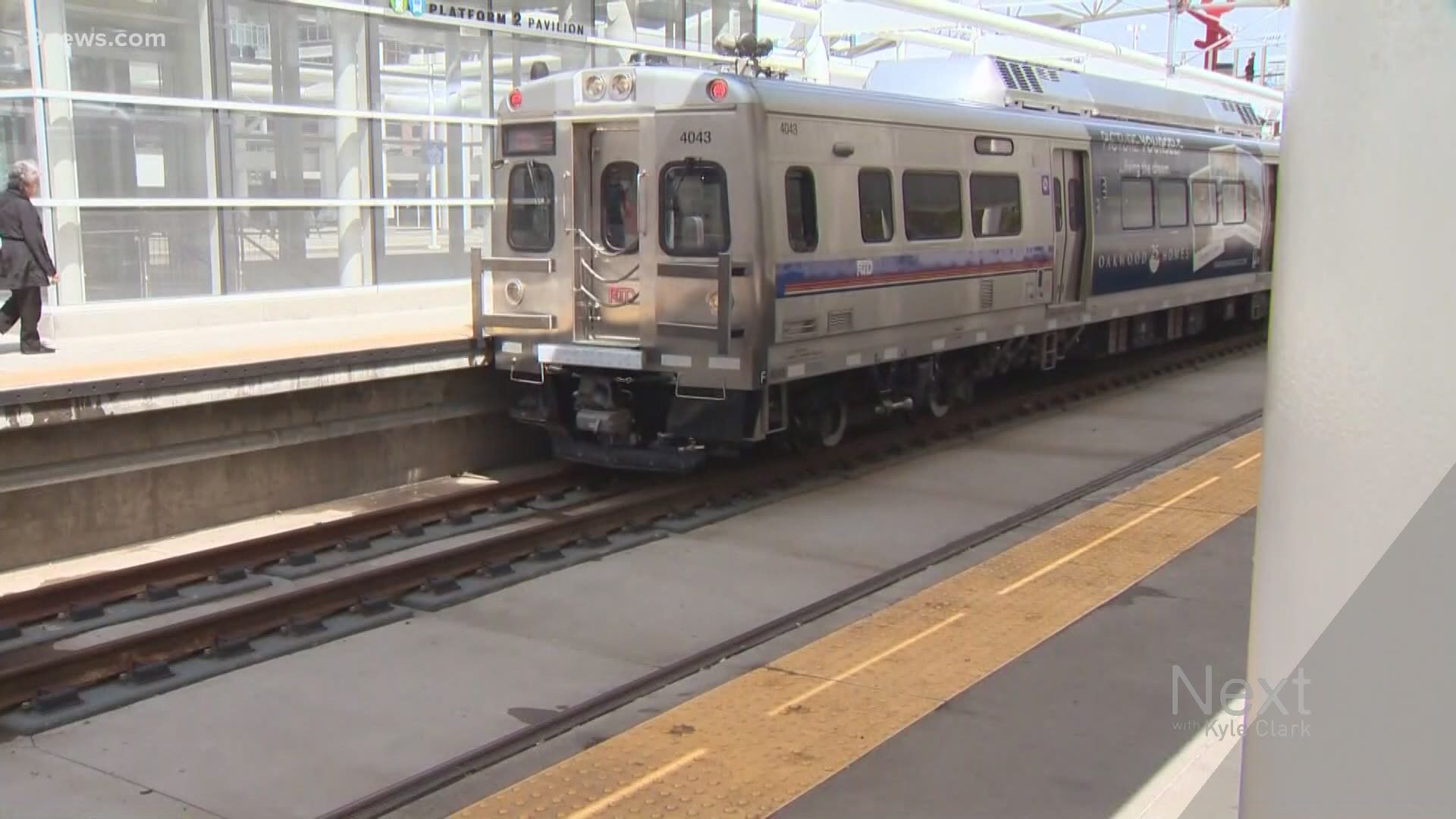 DENVER — Some elected members of the Regional Transportation District (RTD) board are eyeing a savings account meant to help build future projects, including a train to Longmont, to help save the agency from a looming budget crisis.

RTD has to cut more than $160 million to balance its budget for next year, a deficit created in large part thanks to the COVID-19 pandemic.

But the agency also has a $120 million balance in an account to complete FasTracks projects promised to the voters in a successful sales tax referendum in 2004.

The largest project left to be completed is a train from downtown Denver to Longmont, currently estimated at $1.5 billion to complete. RTD has said it could take 20 to 30 more years to complete that project.

Lewis and others on the board believe the agency's current problems should take precedent over the desire to save uncompleted projects.

“Do we really want to go out to our constituents and say, 'hey, we’re cutting your bus service or your train service even though we have this nest egg over here?'” she said.

The long-awaited and long-overdue train to Longmont is a major sticking point. Many taxpayers in the area that train would serve have long argued they’ve been paying for a train that hasn’t been built for over a decade.

Colorado's Democratic Gov. Jared Polis, a Boulder resident, has also expressed desire for that train to be built.

Lewis suggests the agency explore more realistic options for transit to Longmont like bus rapid transit and start conversations with stakeholders in the area.

A spokeswoman for RTD said the agency believes it would have to go to the voters to approve any changes to current plans.

“It may be a dream because it’s so far out but I’m not willing to give up on that train or something similar to it,” RTD Board Director Troy Whitmore, who represents northeast Adams County said.

Whitmore is part of a coalition on the board that believes the current money saved for FasTracks projects should remain untouched.

He believes the agency made a commitment to communities up north to build a train.

Whitmore also believes the agency should hold on to the money in savings in case an opportunity for federal funding for the project arises that requires a match from RTD.

“In my opinion, we need to manage to the issues of today using our reserves and some other management changes,” he said.

At a board study session Tuesday night, RTD’s chief financial officer presented a plan where the agency could balance its budget without going into the savings account, making some administrative cuts and using some of the agency’s reserves.

Whitmore said the $120 million in savings could also serve as an emergency reserve for the agency.