Cancer is the invisible risk of firefighting

Troy Jackson has been open about his journey with cancer in the hopes of encouraging other firefighters to be more cognizant of the silent risk they face on the job. 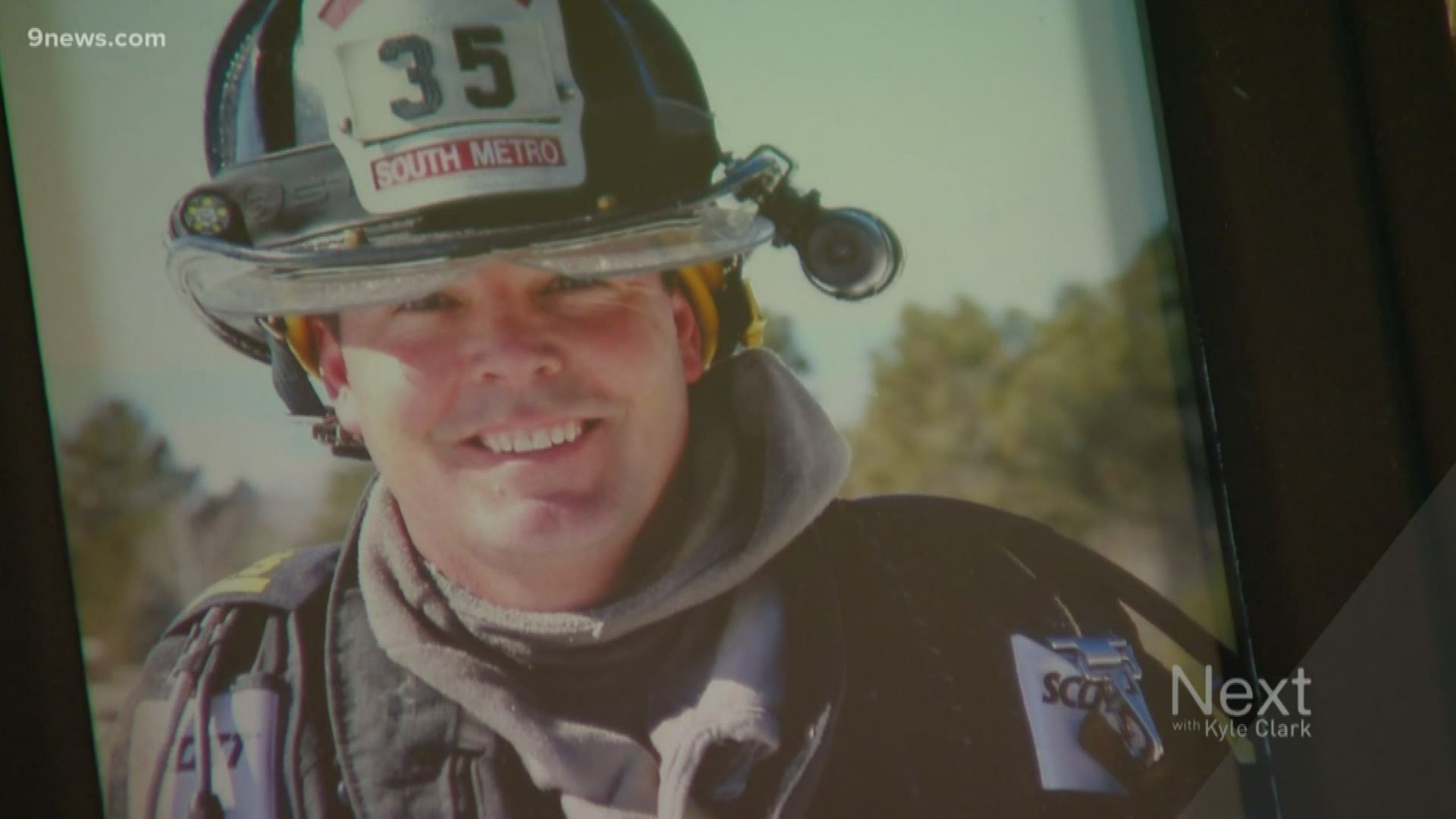 There are the obvious risks of being a firefighter. There are also invisible ones, like cancer.

At South Metro Fire and Rescue, there is a culture shift in progress to address this invisible danger.

Some of the changes are simple. Wearing dirty gear after a fire used to be a badge of honor. Now, it's known that keeps carcinogens close to the skin, so firefighters are washing off as soon as possible.

We first learned about these changes when we met South Metro Assistant Operations Chief Troy Jackson a year and a half ago.

He cared about this issue long before we met him, because at that point, he had been diagnosed and fighting cancer for five years.

He made the decision to step down this past August after his cancer, as he put it, became even angrier.

TROY JACKSON TALKS ABOUT HIS DECISION TO STEP DOWN

Jackson said since he last talked to 9NEWS in March 2018, his cancer had spread to his hip, his heart and behind his ear.

He's continued treatment to try and slow the cancer down as much as possible but felt it was the right decision to take a step back at work.

He said he's always maintained a good work-life balance but could feel that balance teetering away from spending time with his family.

"And I also felt like I wasn't carrying my weight at work like I used to be able to," he said. "So it was definitely time to pass it off to someone with more energy."

Jackson has been married to his high school sweetheart since 1990, and they have two children together.

Jackson is stepping down after building his nearly 30-year career entirely at South Metro, following in his father's footsteps who also worked with this department.

"Most of my life has been associated with the fire service," he said.

WHAT CULTURE CHANGE HAS HE SEEN

Jackson said he shared his journey with cancer in hopes of encouraging other firefighters to be cognizant of the silent risks of firefighting.

"I think people are really embracing the culture shift you can still be a macho firefighter and have clean gear," he said.

And it goes beyond just that change.

"It's evolving fairly quickly with the way [an] apparatus is designed, the way stations are designed," he said.

Jackson said during his career, firefighters were more naive regarding the different risk factors for cancer and said it means a lot that he's able to watch his firefighting family takes steps that will better protect them. He also acknowledged it could take a decade or more to be able to study any impacts and changes.

"It means a lot we're starting to see that shift," he said. "Ultimately, we won't know, and I may never get to see the impact it has on the fire service in South Metro."

HOW MANY SOUTH METRO FIREFIGHTERS ARE DIAGNOSED WITH CANCER

The agency said there are a total of nine firefighters being treated for cancer currently. Four of those firefighters are going through on-going treatment, meaning they were diagnosed in previous years. One of those cases is terminal, which is Jackson.

"The amount of exposure I had," he said, "The type of cancer I have is almost always caused by environmental factors."

WHAT JACKSON HOPES PEOPLE WILL REMEMBER HIS CAREER FOR

"I'm walking out the door knowing I had an impact on this organization and on the community," he said.

He still shows up at the office to help the new operations chief settle into the new job.

WHERE DOES THE RESEARCH STAND?

The International Association of Firefighters (IAFF), which represents more than 318,000 full-time professional firefighters and paramedics, said cancer is the No. 1 reason a firefighter dies.

However, the research into firefighters and cancer risk only recently took off, according to Captain of Safety Travis Hopwood, with West Metro Fire Rescue.

"I think actually the 9/11 responders had a lot to contribute to that," he said.

While it's clear carcinogens is an obvious factor, it does mean research is behind, including figuring out which chemicals are the most dangerous and when firefighters are most vulnerable, according to David Foster with IAFF.

"Brain cancer and kidney cancer in our younger firefighters and that's a problem," he said.

Both Foster and Hopwood said fire departments are also looking at what materials and chemicals are used to make fire gear flame resistant, and they said that some agencies have swapped out gear to be safe. They're also taking into account that building materials have changed over the years, releasing different chemicals when they catch fire.

WATCH: Fire departments try to prevent cancer in first responders with the limited knowledge they have 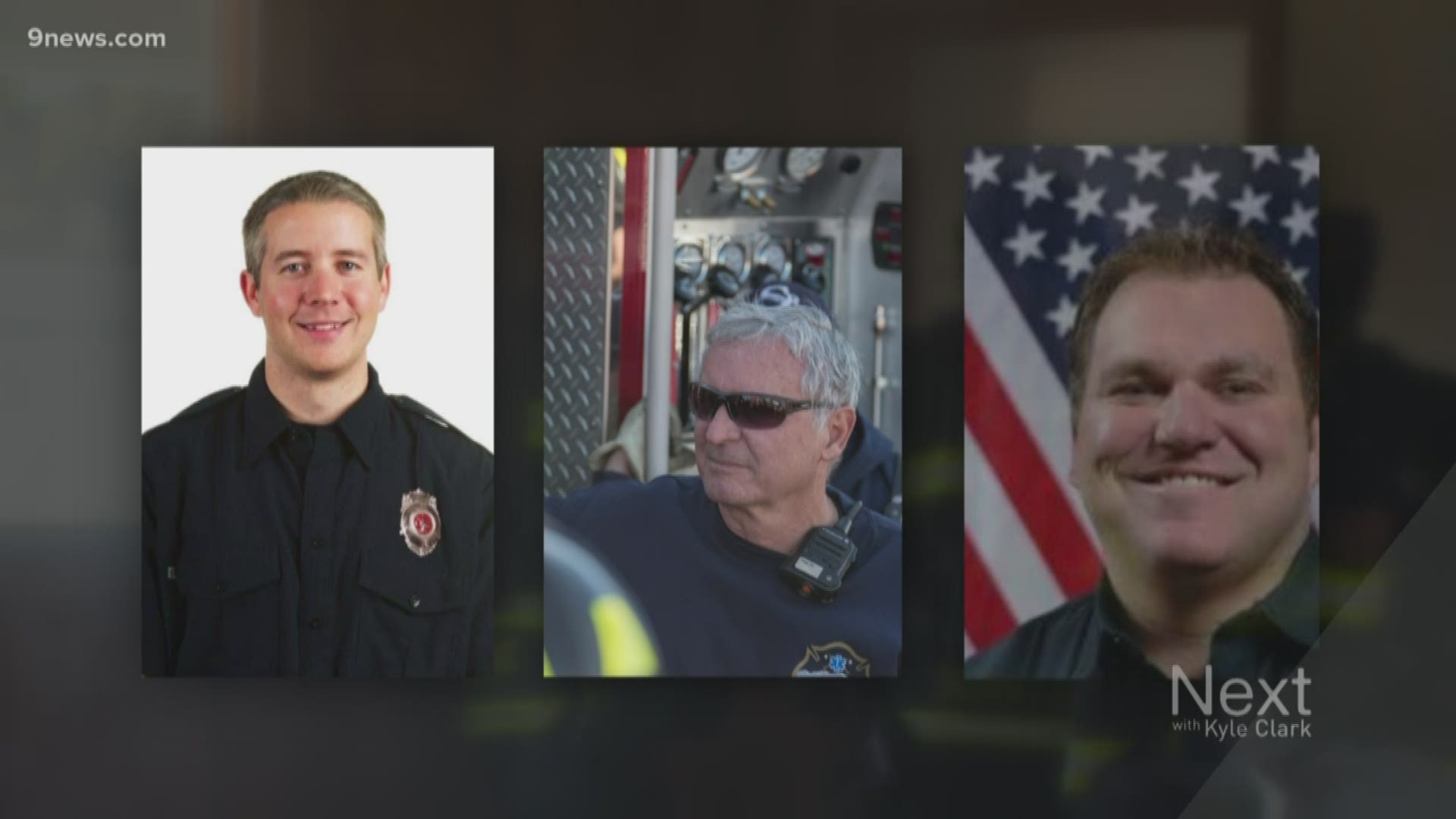 Aurora Fire and Rescue said seven of their firefighters are currently battling cancer. Deputy Chief Cindy Anderson said they realized they need to do more to protect their firefighters. While Aurora Fire has changed protocol, including washing off and changing into fresh gear right away after a fire, they're also working on partnering with a research institution or hospital to expand cancer screening and start screenings earlier. They hope to have that program up and running in a year. 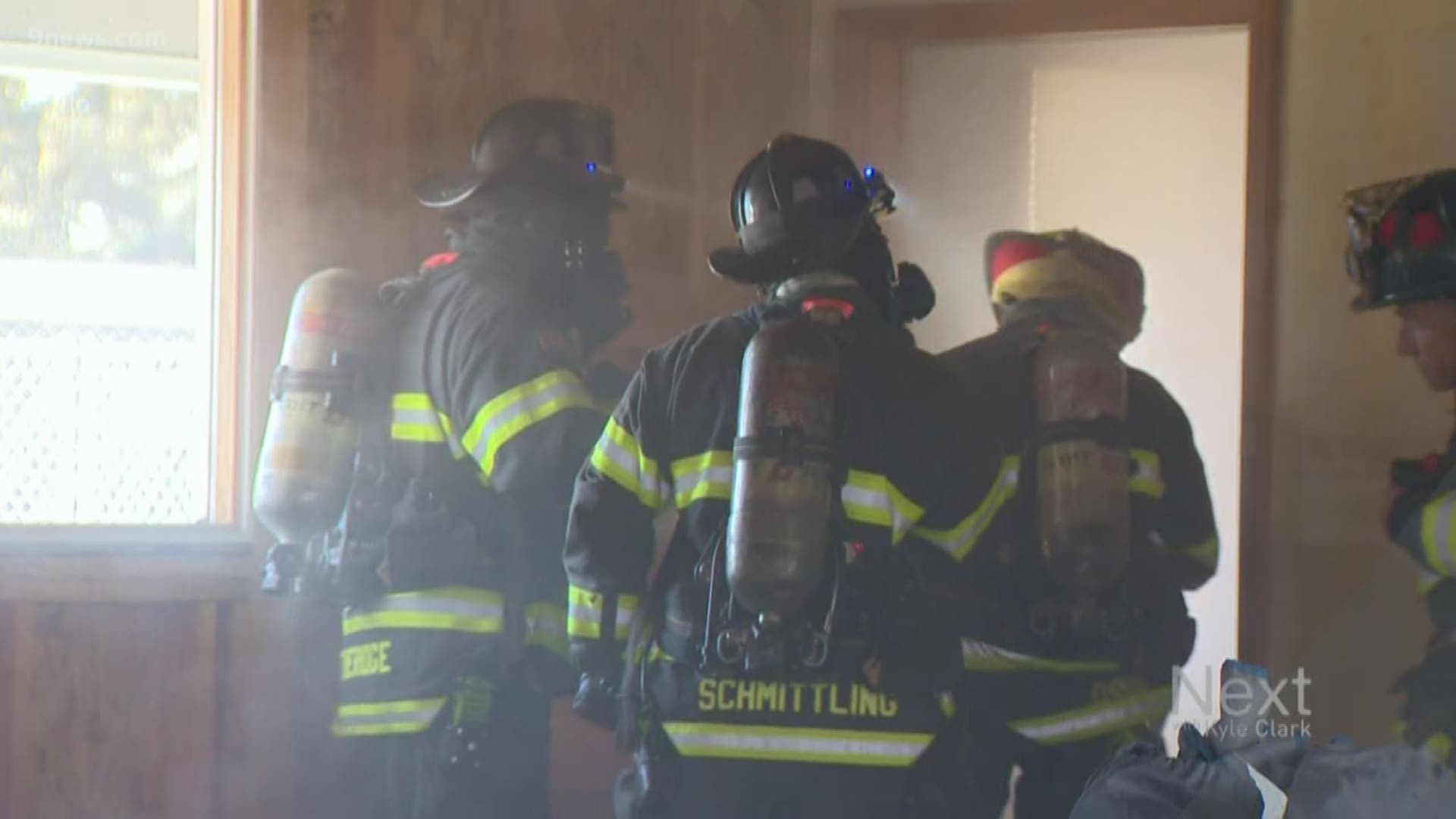