Caroline says her son, 3-year-old Orion, can struggle with masks because of the disorder. She alerted the airline before the flight out of Denver. 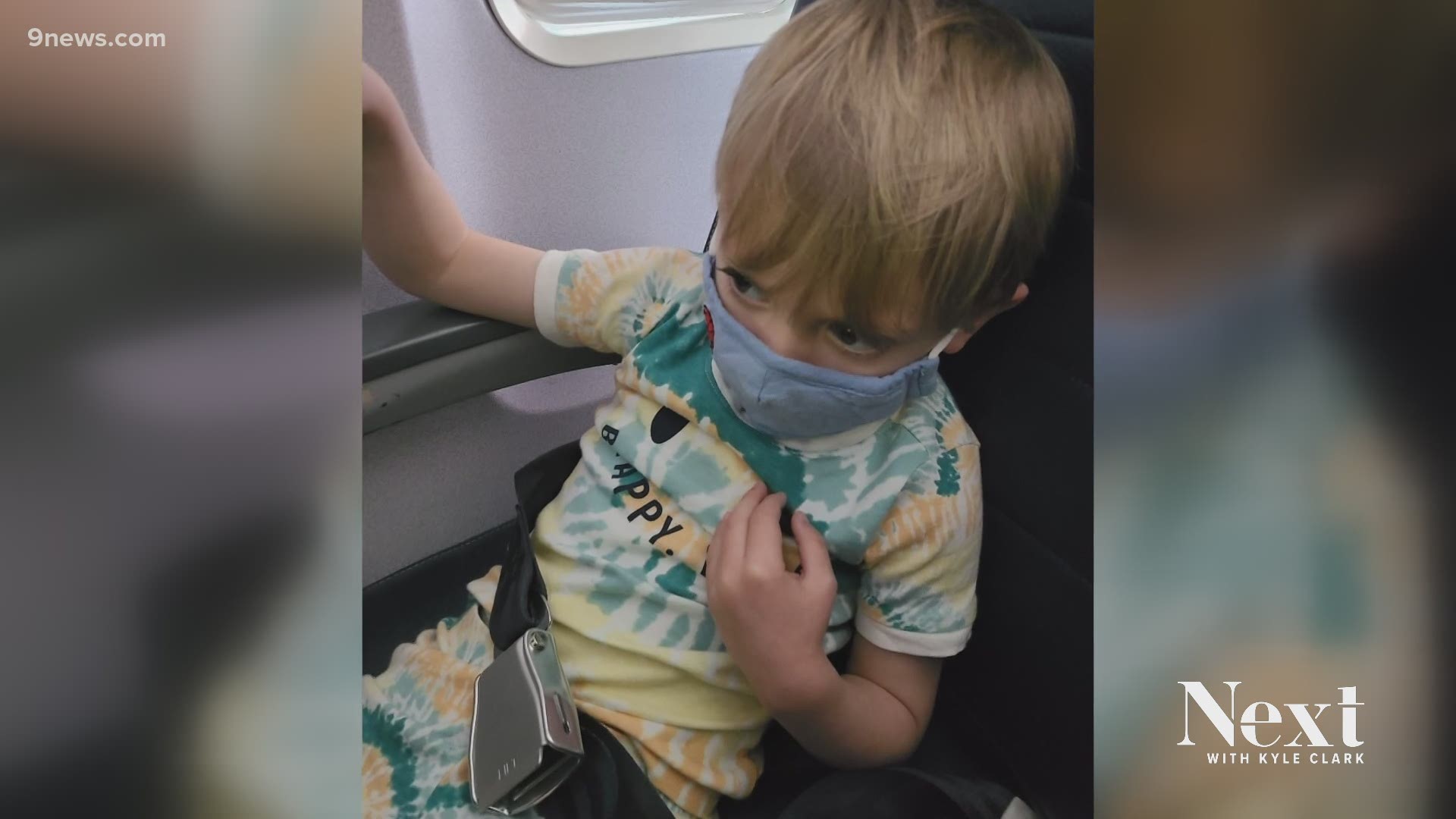 DENVER — A Northglenn family says they were kicked off a Southwest Airlines flight bound for Florida Friday after the pilot found out their three-year-old son has a sensory processing disorder that may make him become overwhelmed with wearing a mask.

Caroline Scott said her son was wearing a mask and wasn’t having any issues at the time of the flight, but she had alerted the airline to the possible problem days before, which prompted the pilot to make the decision.

Scott said she called customer service for Southwest Airlines the week of the flight and was assured her son’s disability wouldn’t be a problem. The family was headed to visit Scott’s 94-year-old grandmother for the first time since she and her husband were vaccinated.

RELATED: Real ID deadline for air travel pushed back again due to pandemic

RELATED: Flight to Hawaii lands with extra passenger on board, thanks to a doctor and 3 nurses

“When we actually got to our flight we were told there was an issue and they had to ask a supervisor to get the captain’s permission for us to board, even though when I had called they said there would be no issues,” Scott said Tuesday.

Scott said both her son’s occupational therapist and pediatrician wrote letters attesting to her son’s condition and making the airline aware that the parents had the necessary coping skills to help her son if he became distressed about wearing the mask.

She said the captain said he still felt uncomfortable with having the boy on the flight. She said the family assured the airline employees that her son would continue to wear the mask throughout the flight. They took their seats on board the plane, but the supervisor returned moments later.

“They came on to the plane and said we needed to deplane because the captain did not feel comfortable with my son on the plane,” Scott said.

The whole time, Scott said her son was wearing his mask contently and was buckled into his seat.

She said the airline refunded the family for the flight, but by the time the debacle was over, there were no more flights to Florida out of Denver International Airport that night. The family had to stay in a nearby hotel to leave early the next morning on a flight with a different airline which cost nearly $2,000 to book.

Scott said her son did fine on that flight.

“There is this flood of emotion around how could they do this to my child,” she said. “He was compliant and on his best behavior and doing so well and they don’t know the backstory of what it took to get to this point just to travel.”

Scott wrote an e-mail to the airline’s CEO and complained to Southwest’s Customer Service department.

The airline issued this statement to 9NEWS:

“Southwest Airlines regrets any inconvenience this family experienced while traveling, and our Customer Relations Team is contacting the family directly regarding their experience. Southwest Employees are working each day to ensure the requirements of the federal mask mandate with sensitivity during these challenging times. We appreciate the ongoing understanding and cooperation among our Customers and Employees as we work collectively to support the comfort and wellbeing of all who travel with us during the ongoing COVID-19 pandemic.”