Why 'Stapleton' popped up on two Denver road signs

There are frontage roads along the Central 70 project that are named Stapleton North Drive and Stapleton South Drive, despite "Stapleton" being removed around town. 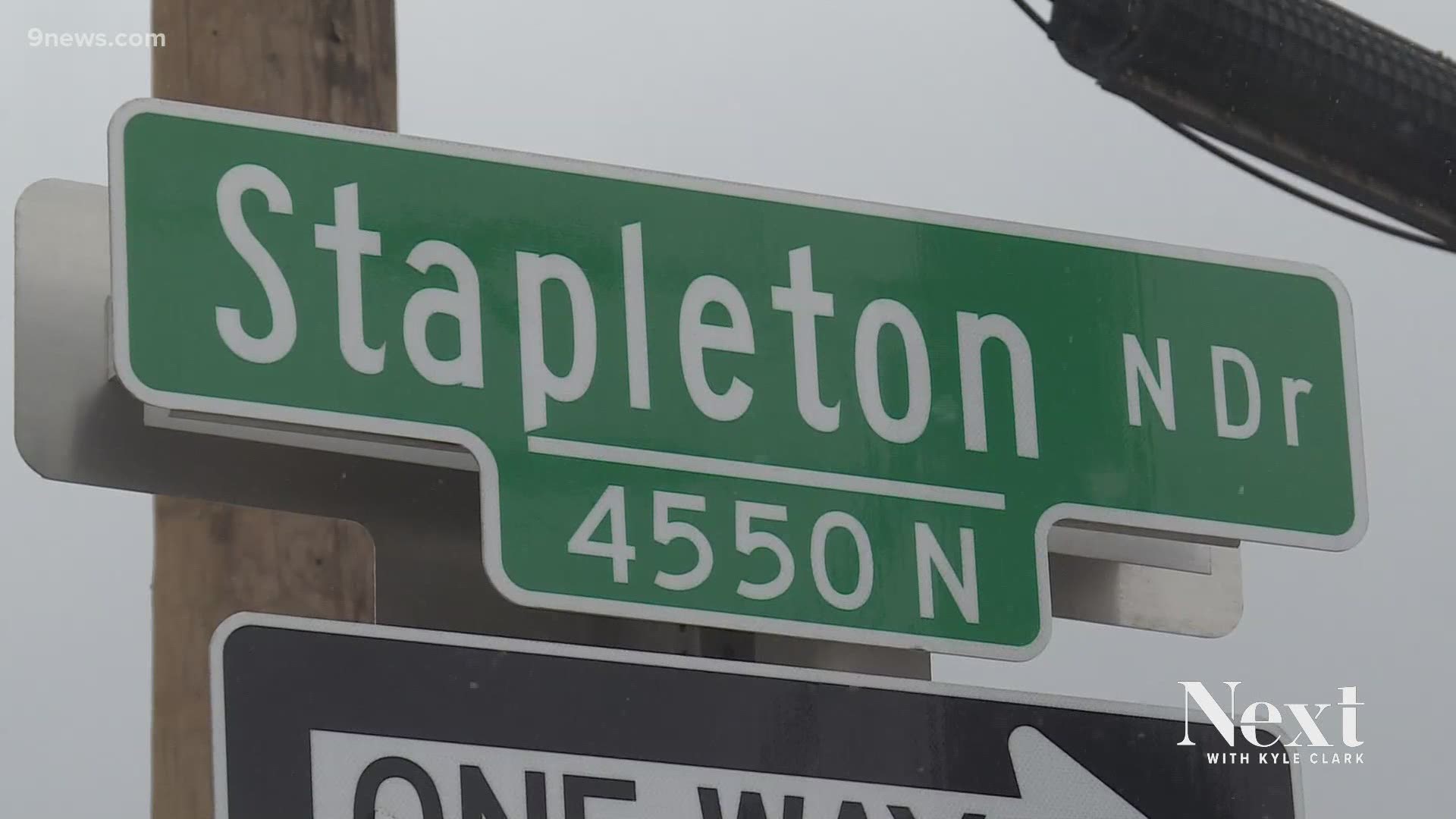 DENVER — A neighborhood decided it wanted a new name.

That is why the Central Park area of Denver exists.

Students campaigned to have their school called something different.

That is why the Central Park neighborhood is now home to DSST: Montview.

Yet, there are new Stapleton signs popping up around Denver.

There are two frontage roads along the Central 70 project that are named Stapleton North Drive and Stapleton South Drive.

"Recently, we received a letter from the City and County of Denver on April 12, I believe, requesting a name change," Colorado Department of Transportation (CDOT) Deputy Chief Engineer Keith Stefanik recently told the CDOT Commission.

CDOT's commissioners have talked about the street name in previous meetings, but CDOT is not responsible for street names.

In a memo to commissioners, Stefanik wrote, "As CDOT does not normally name roads, CDOT does not have a normal process for either naming or renaming roads."

The streets along Interstate 70, just east of Colorado Boulevard, are in the city of Denver.

Though, Denver does not currently control the roads. CDOT acquired them from the city to do the reconstruction of I-70.

In a letter from Alan Salazar, the chief of staff to Denver Mayor Michael Hancock, the city encouraged CDOT to rename the roads.

"As the access roads currently known as 'Stapleton Drive North' and 'Stapleton Drive South' were transferred to CDOT in connection with the Central 70 project in 2015, they are currently owned by the state. I am writing to request that you consider renaming them to numbered streets consistent with the surrounding street pattern," Salazar wrote.

CDOT did some research and found an August 1965 memo from Denver's City Engineer that revealed the street names were never official.

The name refers to former Denver mayor Ben Stapleton. The Central Park neighborhood was named after him until 2020, since it was the location of the city's former airport.

Because of his connection to the Ku Klux Klan, the Stapleton name has been removed from multiple areas, including the neighborhood, the DSST middle and high school and a recreation center.

RELATED: Century-old KKK ledgers for Denver are now digitized and available to the public

RELATED: A Denver physician infiltrated the KKK in an effort to take on the hate organization

And now, the frontage road.

As part of the Central 70 project, new signs have been designed and installed with the Stapleton name. CDOT will be responsible for the cost of replacing the signs, likely from the project's contingency budget.