Star Wars' 'Death Star' got its look by mistake, says the Boulder-based designer

Did you know? A Coloradan is the man behind a lot of what you remember about Star Wars. 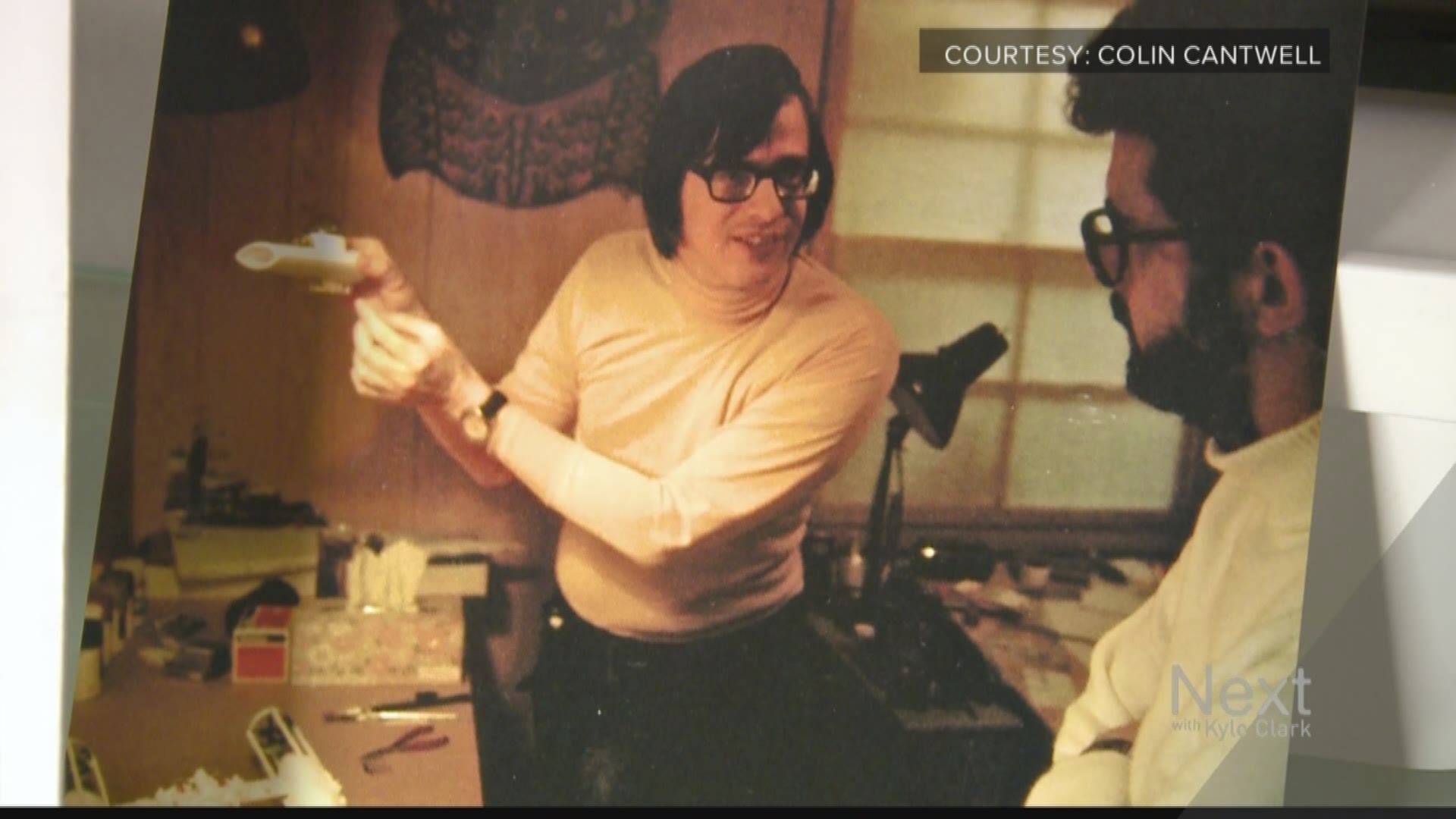 Colin Cantwell is a renaissance man. He’s worked at NASA, helped Hewlett Packard upgrade their color computer monitors from eight colors to 5000, and done some legendary work in the film industry.

He had a role in creating 2001 A Space Odyssey, Close Encounters of a Third Kind, and most notably, Star Wars.

“To have the story start to happen, the bad guys had to be threatening the good guys who were on a ship," says Cantwell, explaining the opening scene of Star Wars Episode IV: A New Hope.

George Lucas, the film’s creator, tapped Cantwell’s creativity to help bring his Sci-Fi vision to life. Standing in the Kitchen of his Boulder home where he has lived almost three decades, Cantwell shows off some of his early concept art for the film - early concepts for the opening scene, the design of the X-Wing, Y-Wing, TIE Fighter, Imperial Transport, Star Destroyer, even the Death Star, are among them.

The model he created for the Death Star, a legendary tool of destruction in Star Wars, posed an interesting dilemma, and resulted in an amazing moment of cinematic history.

According to Cantwell, the plastic for the original model he designed was made of a plastic called polystyrene, which can shrink. When the went to put the two pieces together to make the official Death Star, it wouldn't work.

“I called George when I found out the two halves couldn’t quite come together because of the plastic,” explains Cantwell.

They quickly realized an opportunity.

“To have a trench between the equatorial halves of the Death Star, and then we could have a lot of story happening,” remembers Cantwell. “By having ships have to penetrate into the trench. Fly down the trench, and boy, isn’t there a lot of story suddenly thanks to that.”

He explained the same thing on Reddit a few years ago:

George Lucas gave me the project of designing a “Death Star”. I didn't originally plan for the Death Star to have a trench, but when I was working with the mold, I noticed the two halves had shrunk at the point where they met across the middle. It would have taken a week of work just to fill and sand and re-fill this depression. So, to save me the labor, I went to George and suggested a trench. He liked the idea so much that it became one of the most iconic moments in the film!

Lucas attempted to recruit Cantwell as he was creating the special effects studio that became Industrial Light and Magic. Cantwell, being the renaissance man he is, opted not to join, so he could remain open for new opportunities.

A humble man, Cantwell has just been getting public recognition for his work in the last year. He’s been doing appearances on TV, at comic conventions, and many other places. If you want to meet the man who helped create the Death Star here’s a list of some of his next appearances: