Daniel Chase, Colorado Dept. of Labor and Unemployment's chief of staff, acknowledged the books were "shoddy" and promised to address the concerns. 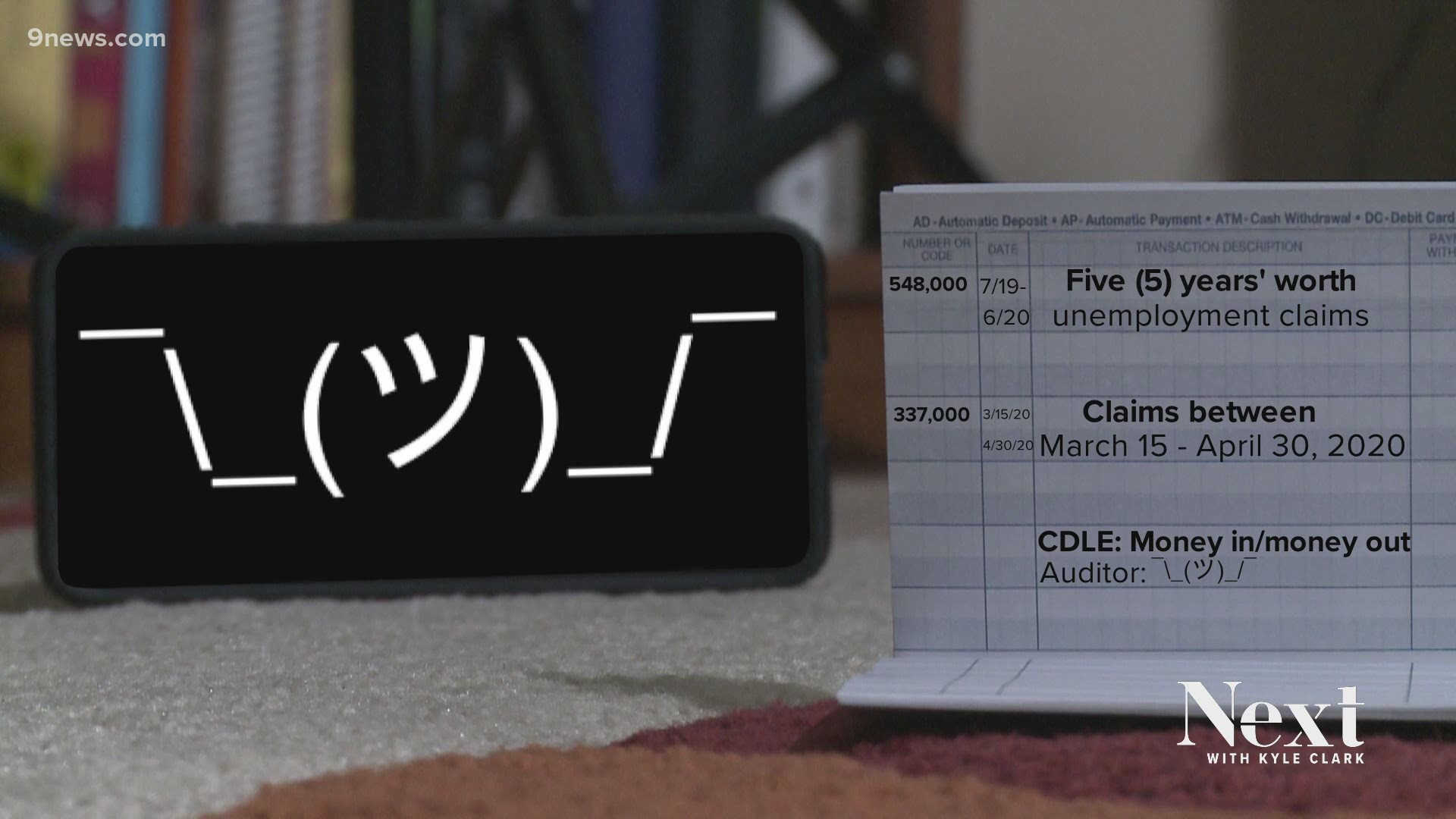 DENVER — A state audit of Colorado's unemployment insurance fund could not verify the accounting of hundreds of millions of dollars in and out of the Colorado Department of Labor and Employment (CDLE).

"The State of Colorado did not have an adequate methodology to substantiate the estimated amount of receivables and payables within the Unemployment Insurance Fund of $510 million and $872 million, respectively, as of June 30, 2020," the audit stated.

That means $510 million received by CDLE from employer premiums, and from Congress through the CARES Act, could not be tracked. Another $872 million in unemployment claims through June 30, 2020, could also not be tracked.

"Yes, our books on this were a little shoddy for the auditors, and we have gone back and addressed and we are working to make sure that this, again, does not happen," said CDLE Chief of Staff Daniel Chase.

The audit was for finances through June 30, 2020, so CDLE has had time to remedy the issues.

Though, CDLE also provided financial data after the deadline, many with errors, according to the audit.

"We did make retroactive adjustments to our accounting books, but that was late, and again, that was using methodology that the auditors just didn't quite agree with us on that," said Chase.

"We lost both our Controller, Deputy Controller and a number of lower-level finance staff toward the beginning of 2020," said Chase.

"We initiated, in August, a finance restructuring, reorganization that really goes to beef up our higher-level technical knowledge accounts and reduces our lower level pay-the-bills-type accountants," said Chase.

The new MyUI+ system was also delayed, which has led to more fraudulent claims getting through a legacy system that wasn't built to detect fraud. The state initiated the MyUI+ system in January, which came with a new ID verification application.

The state continues to borrow money to pay unemployment claims.

The fund will be replenished through increased premium rates for employers.

Employers pay into the fund based on an equation that takes into account how much the employer has paid into the system and a ratio that changes based on how much is in the unemployment insurance fund.

Chase estimates the fund will have a positive balance sometime in 2026.

After an audit like this, why would business owners want to pay more into a system when the state can't show where the money truly went?

"I don’t think employers ever feel good about giving us more money," said Chase. "I do think that with all of the measures that we've taken at this point, even starting back in August before this audit took place, and moving forward since then, I think we can sow confidence in what we're doing moving forward to make sure, just to your point, that every dollar that a business pays into our trust fund is accurately accounted for, and we can trace it from 'point A' to 'point B' where it goes."