Pressed about the potential for long term restrictions at a news conference on Tuesday, Gov. Jared Polis downplayed the importance of the state model. 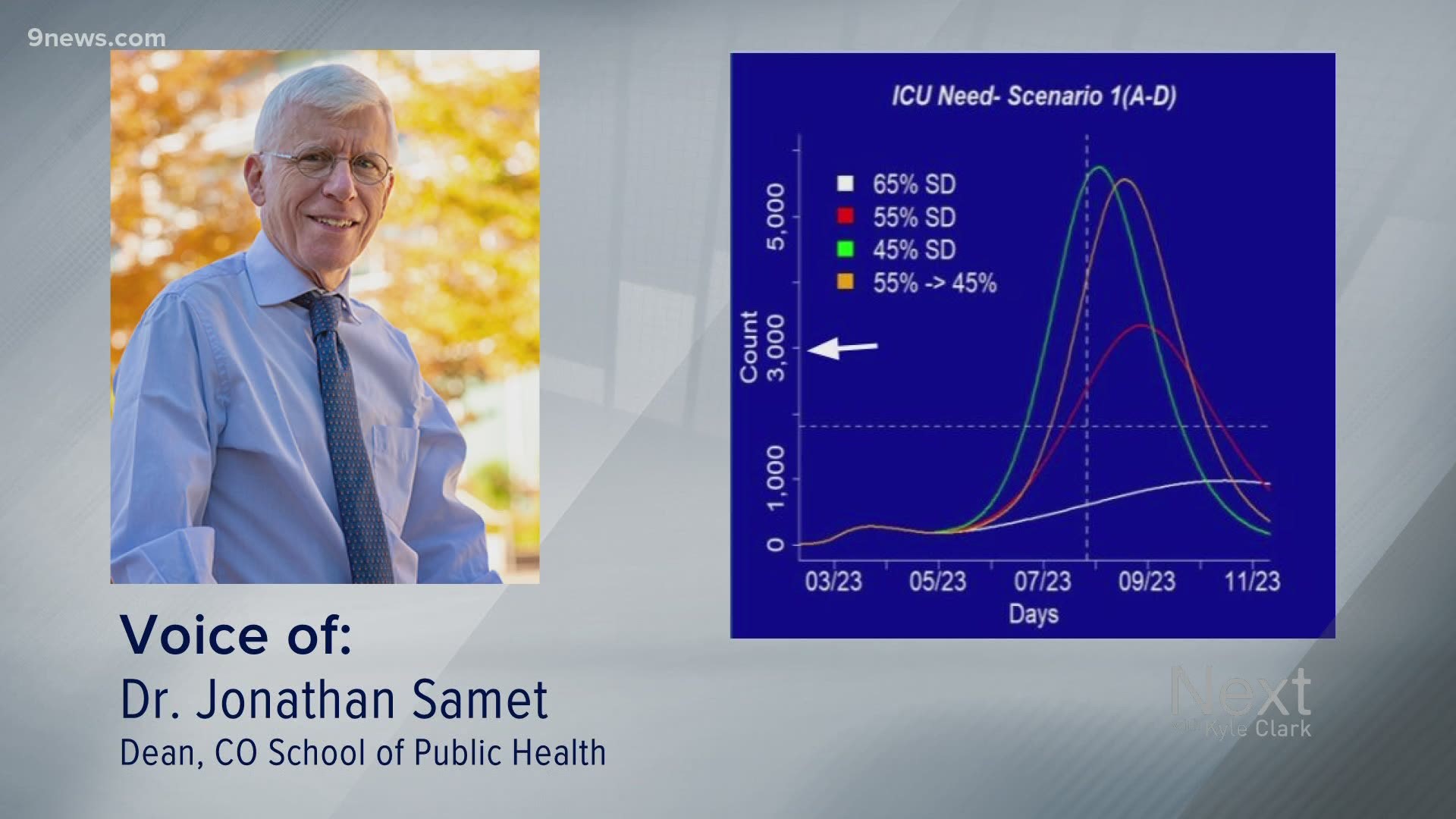 DENVER — One of the main models of Colorado’s COVID-19 pandemic suggests current restrictions may have to remain in place for months, in order to limit stress on critical care beds inside hospitals.

“We exceed that dotted line in all but the 65% scenario,” Samet told reporters Tuesday morning.

Colorado is currently under a Safer at Home order, which has allowed retail shops to reopen. Restaurants across the state are expected to start reopening their dining rooms on Wednesday at limited capacity.

It will be nearly two weeks before public health leaders see the impact of restaurants reopening in data, but assumptions are the level of social distancing will be around 65%.

Pressed about the potential for long term restrictions at a news conference on Tuesday, Gov. Jared Polis, D-Colorado, downplayed the importance of the state model.

“If you’re saying what does July and what does August look like, I can of course tell you they aren’t going to look normal,” Polis said. “But we’re going to do as much as we can in our state without allowing for another resurgence that overwhelms our hospital capacity.”

Polis suggested both he and Dr. Samet are willing to admit, they aren’t certain what conditions will be in the next few months.

“We don’t know what August and September look like. And we’re not going to lock ourselves into something based on predictions – we’re going to use the predictions to guide our current actions,” he said.

Data shows Colorado has done well with restrictions. Recent positivity data has been low, even as testing numbers are increasing.

“We only had 2 new admissions to our 17 hospitals in the last 24 hours,” he said. “It’s the lowest it’s been since this started.”

Cobb said the current modeling from the state operates on what believes to be sound science. He said some assumptions may change over the next few months which could adjust outcomes. No model is perfect.

Cobb believes the state won’t see too much change as far as restrictions from where things are right now.

“There are a lot of businesses that won’t open,” Dr. Cobb said. “We are not going to have massive changes in restaurant capacity – though I think people will get creative with outdoor seating in the beautiful Colorado weather we have.”