Steve Lebsock released a partial transcript from a polygraph test, claiming that the results prove his innocence. 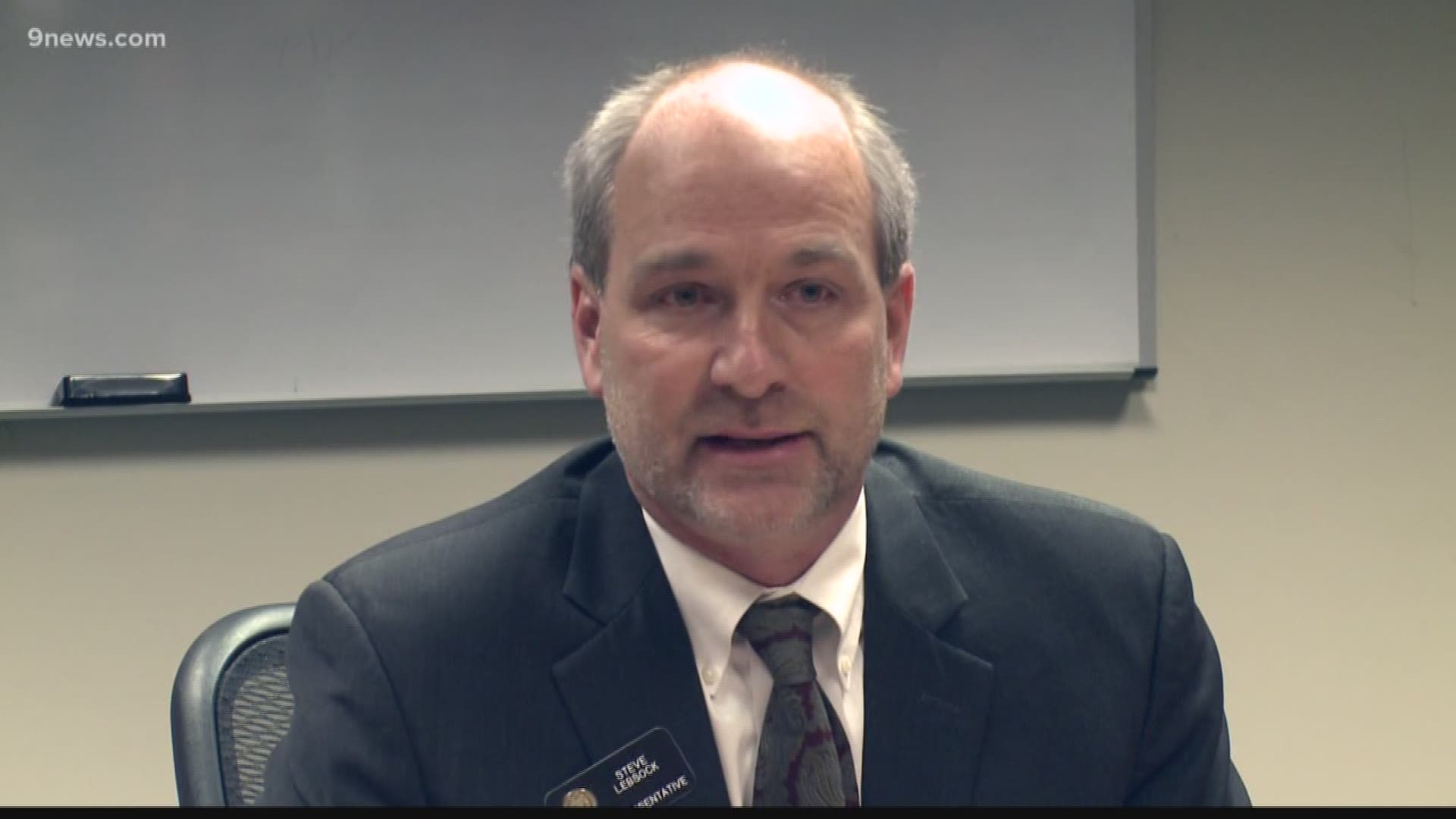 DENVER – Embattled Rep. Steve Lebsock (D-Thornton) pushed back against accusations of sexual harassment – repeatedly calling one of his accusers a "liar” at a press conference Thursday.

“[Rep.] Faith Winter lied and made false allegations against a sitting member of the Colorado House," Lebsock said.

Ten women have accused Lebsock of sexual harassment during his tenure at the Colorado legislature. Winter alleged the Thornton Democrat became aggressive after she refused his advances during a party celebrating the end of the 2016 legislative session.

After the allegations broke, legislative leaders called on Lebsock to resign and one fellow Democrat is preparing legislation to expel Lebsock from the legislature— something that hasn’t happened in more than a century in Colorado.

PAYING FOR A POLYGRAPH

At Lebsock’s press conference Thursday, he shared the results of a polygraph that he claims clears him of any wrongdoing against Winter and said that he has another polygraph that refutes the claims of former lobbyist Holly Tarry.

Lebsock distributed a one page report prepared on his behalf by Accountability Polygraph Services. It lists four questions, which the company says is the usual number of questions in a single polygraph exam.

Three questions pertained to the night of the party, which took place at Stoney’s Bar and Grill.

A fourth question dealt with what Lebsock characterized in his press conference as the “real reason” he’s being pushed out of the Democratic Party: politics.

4) Question: "Since May 2016, did Faith ask you to have Adam (Matkowsky) drop out of the state senate race?"

Winter, who held her own press conference at the Capitol Thursday, said the polygraph test asked the wrong questions.

“I believe that all physical contact when he fell on me was unintentional. Unintentional contact from falling is not harassment; it is not assault,” Winter said. “I filed a sexual harassment claim based on what he told me; based on the words he used and the aggressive manner he used to try and get me to leave the bar with him. That is harassment. I stand by my claim.”

She also questioned the credibility of polygraph exams in general.

The tests aren’t admissible as evidence in civil or criminal trials in Colorado, and the American Psychological Association says most of its members agree there’s little evidence polygraphs can detect lies and that people should be “skeptical” of their results.

Gale Page, the owner of the polygraph company Lebsock hired, described polygraph exams as “part science and part art.” He said the effectiveness of an exam relies on the examiner's ability to ask the right questions.

Polygraph exams can't determine a person's intent, Page said. But he thinks they are an effective tool in determining whether a specific series of actions occurred.

His company routinely conducts polygraph exams on behalf of the state as part of its sex offender treatment program.

Page also said the person being tested helps to come up with the questions and knows in advance what he or she will be asked.

Lebsock’s combative tone is new. He initially apologized to Winter, saying that he had a “number of drinks” at the party and "I do not remember ever saying anything that was out of line.”

“I realized the pain I have caused Faith, Holly and Cassie,” Lebsock wrote a month ago. “I am sorry.”

When asked at the press conference why he apologized if the allegations were false, Lebsock said he was afraid, confused and unsure of what to do when the news first broke about Winter's allegations.

"I wanted to be thoughtful and sensitive towards the accusers ... ," Lebsock said. "I did not sexually harass anyone."

He accused Winter of changing her story from him allegedly grabbing her arm to now accusing him of grabbing her buttocks.

"My story has not changed since May of 2016 and has been consistent throughout the entire process," Winter said. "I have told the truth."

Later in the day, he released a four-page written statement, alleging Winter had openly discussed her sex life with him in the past and that the “false allegations are politically motivated.”

“A friend told me that there were several folks in the party that would attempt to derail my 2018 State Treasurer campaign,” according to the document.

Lebsock, who is still running for treasurer, alleges that Winter tried to pressure him into asking a fellow Democrat to drop out of the primary race for a state senate seat Winter is running for.

“Lebsock apologized to Faith before now calling her a liar,” Gray tweeted. “Who apologizes to a person lying about them? The lengths Steve is going to mistreat all these women a second time are appalling.”

Gray told 9NEWS earlier this month that this is a “day one issue” for him, but he also wants to wait until the results of an independent investigation are released.

He anticipated that process would conclude before the start of the 2018 session, but Lebsock said the investigator has yet to contact him.

The legislature gavels back into session on January 10.